Amber Heard wrote in her diary how Johnny Depp wrapped his shirt around her neck during their honeymoon aboard the Oriental Express.

The entry on July 27, 2015, read: ‘After three hours of sleep and the terrible fight we got in last night, we are both walking zombies today.

‘We finally fell asleep with one another smashed together in desperate childlike anger, fear and love.

‘Our fight was terrible. J at one point found himself with his shirt wrapped around my neck. He hit me several times.

‘I don’t even know how I wound up with this huge, rather annoying knot round back of my head. F*** I hate that.’ 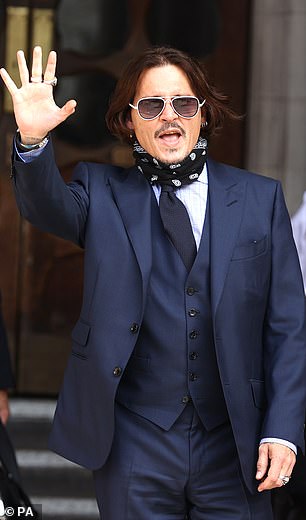 Amber Heard (left) claimed Johnny Depp (right, both pictured outside the High Court in London yesterday) wrapped his shirt around her neck

The couple’s cabin on the luxury train – which winds through South East Asia – was three or four doors down from Depp’s bodyguard Malcolm Connolly. He agreed he would not have known about the 3.30am argument.

The evidence was heard at the High Court yesterday as it was also claimed Heard branded Depp fat and washed up, mocking him, ‘Your career is over, no one is going to hire you’.

Heard is said to have added, ‘You’ll die a lonely man’ before hurling away her wedding ring on the actor’s private island in the Bahamas.

Tara Roberts, manager of the 45-acre island, told the court the Pirates Of The Caribbean star was an ‘unusually kind man’ but Heard was ‘a thrower – someone who threw projectiles’, saying she saw her ‘lunge violently at Johnny’ and pull his hair.

Depp, 57, is suing The Sun newspaper for calling him a ‘wife beater’.

He denies ever hitting a woman and claims Heard, 34, was a gold-digger who married him ‘for success and fame’ then constantly harped about his drink and drug binges, pillorying him as a ‘sad old man’. 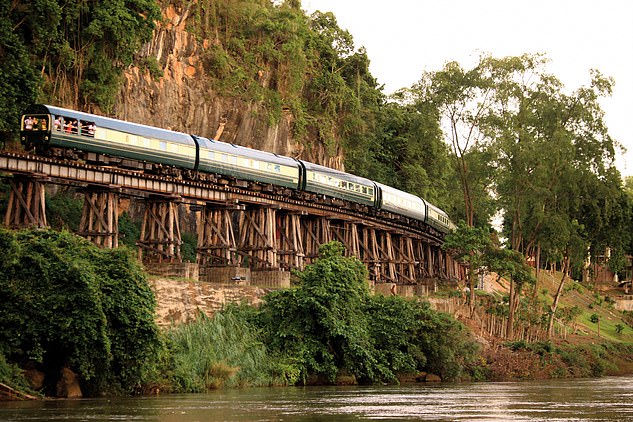 In a text message to his private doctor David Kipper, Depp complained about the actress’s ‘hideously and purposely hurtful tirades and her goddamn shocking treatment of the man she was meant to love’.

Heard has accused Depp of hitting, throttling, and headbutting her, ripping out clumps of her blonde hair and kicking her during 14 separate incidents of drug-fuelled domestic violence.

Giving evidence via videolink from the Bahamas, Miss Roberts said she had worked on Little Halls Pond Cay, which Depp bought for £2.8million in 2004, for 11 years and that ‘prior to Johnny’s marriage to Amber, he was outgoing, friendly and social’ whenever he visited.

Depp drove his beach buggy to her office on the evening of December 29, 2015, ‘to get away from Amber’, who then showed up, she said.

‘Amber repeatedly berated him with increasing ferocity. She was insulting him, calling him names. I heard her say specifically ‘Your career is over’, ‘No one is going to hire you’, ‘You’re washed up’, ‘fat’, and ‘You will die a lonely man’. Amber’s screaming and berating rose to a fever pitch, and Johnny continued to yell ‘go away’ and ‘leave me alone’. 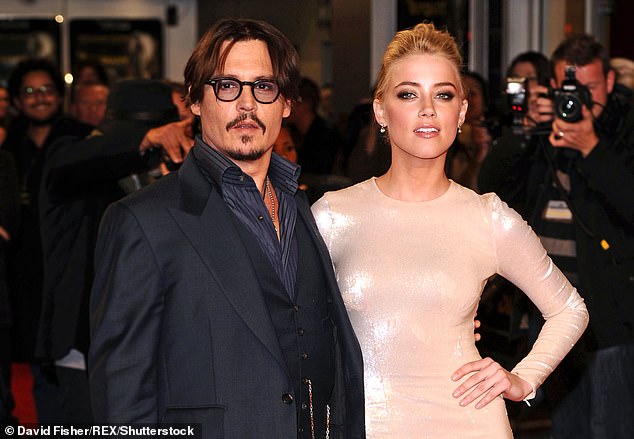 ‘I saw Amber lunge at Johnny, clawing, tugging and aggressively pulling him. I never saw Johnny hit Amber, or push her back, nor did he physically react to the attacks. She would calm down and hug and apologise.’

Miss Roberts said Depp had a gash on the bridge of his nose which he told her came from a can of lacquer thinner Heard threw at him. ‘I never saw her with any sign of injury,’ Miss Roberts said.

The next morning, staff searched for the wedding ring and returned it to Heard.

Depp’s bodyguard Malcolm Connolly told how a month after Depp’s wedding in 2015 he went to ‘extract’ him from a blazing row described by Heard as a ‘three-day hostage situation’ which culminated in Depp sustaining a severed finger.

Mr Connolly said the panicking actor told him: ‘Look at my finger. She’s cut my ****ing finger off. She’s smashed my hand with a vodka bottle.’

Heard had also stubbed out a cigarette on his cheek, he said. 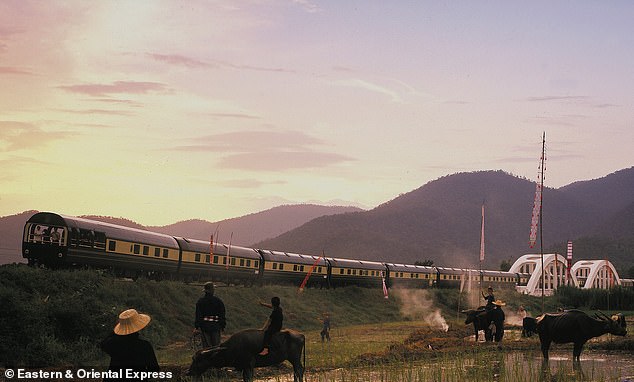 It has been alleged that Depp went on a three-day cocaine and whisky-fuelled rampage, choking Heard and daubing ‘I love you’ on the mirror with the blood from his finger, which she says was injured when he smashed a telephone against a wall.

Mr Connolly said Heard ‘did not have any marks on her face or arms’, adding: ‘I was much more concerned about Johnny.’

The Sun’s QC Sasha Wass accused former prison officer Mr Connolly of making up a false account to support his boss. Mr Connolly replied his account was the truth.

The judge was shown photographs of the soiled sheets at the centre of an incident on April 21, 2016, after Depp was late for his wife’s 30th birthday, prompting a row. Depp claims Heard or one of her friends deliberately soiled the bed.

Hilda Vargas, a cleaner who took the pictures on her phone before clearing up the mess, told Mr Justice Nicol that Heard later accused her of destroying her marriage to Depp with the photos and claimed there had been no defecation.

Last night Heard issued a statement in which she blamed Depp for the mess. The case continues.