The 22-year-old daughter of Johnny Depp and Vanessa Paradis went bra-free under a sheer and brightly colored blouse-skirt combo.

The Chanel model was walking with her French rapper boyfriend Yassine Stein who was seen holding her jacket.

Off she goes: Lily-Rose Depp brought a sense of Gallic style to Los Angeles when she was seen out with her beau Yassine Stein on Sunday

Her bright orange top clung to her enviably svelte figure and featured a swirl of frills around the hem to add an extra dash of personality.

She clashed it loudly against a purple skirt, accessorizing with shades and wearing her hair tightly wound into pigtails.

Meanwhile her musician boyfriend was the epitome of California casual in sweats, a t-shirt and a beanie.

Rumors had already been swirling about them by the time they publicly confirmed their romance with a kiss in a grocery store parking lot earlier this month. 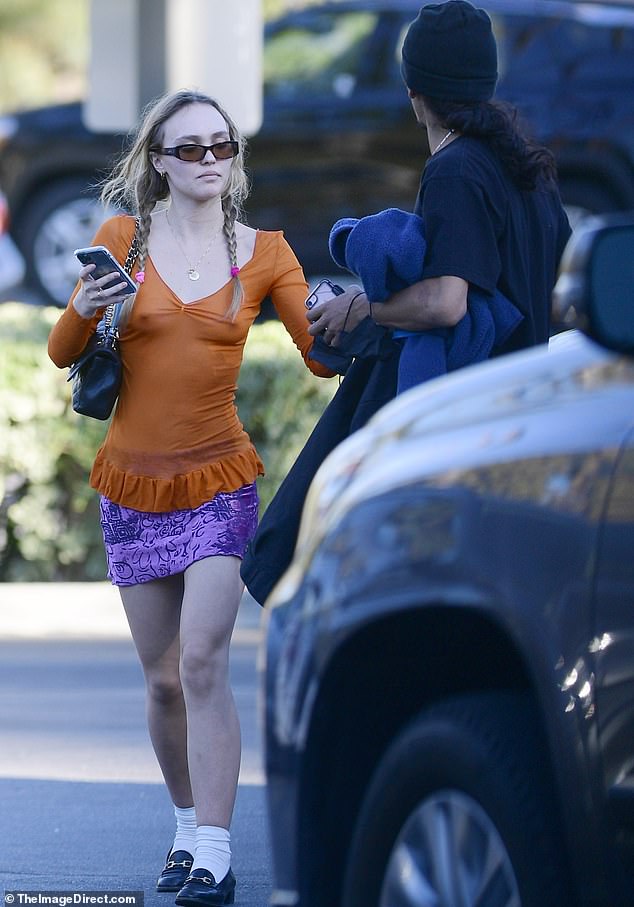 On the move: The 22-year-old daughter of Johnny Depp and Vanessa Paradis went bra-less under a brightly colored blouse-skirt combo

Lily-Rose’s dating history has included movie star Timothee Chalamet with whom she starred in the Shakespeare adaptation The King on Netflix.

Her upcoming appearances include an HBO show called The Idol which according to Deadline is about a pop star who falls for a cult-leading nightclub owner.

The showbiz legacy will be starring opposite The Weeknd amid a cast that includes Troye Sivan, Anne Heche and Showgirls lead Elizabeth Berkley.

One of the co-creators is Sam Levinson of Euphoria fame, whose father Barry Levinson directed Wag The Dog and Bugsy. 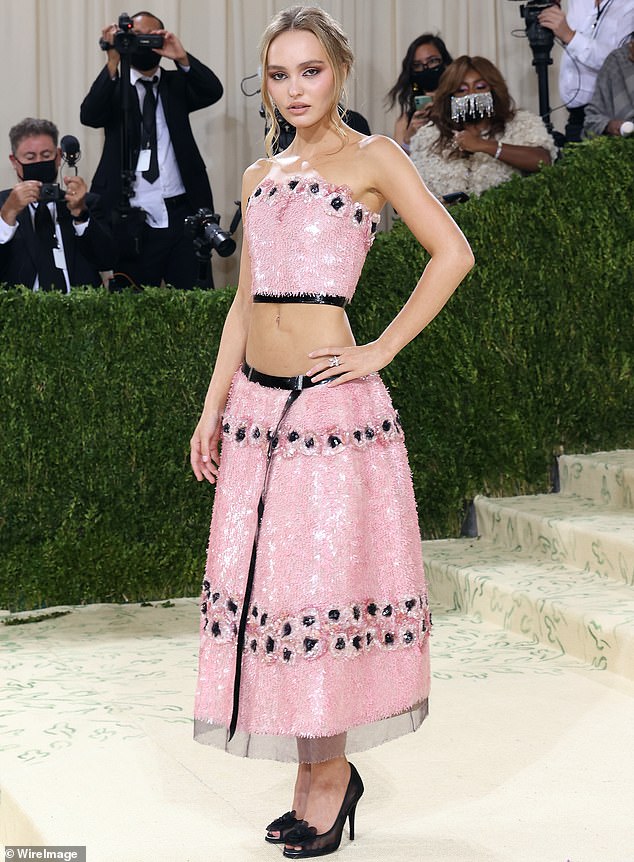 Looking fab: Lily-Rose made a splash a couple of months ago when she attended the Americana-themed Met Gala in New York City

Britney Spears, who has been newly freed from her conservatorship, recently announced on Instagram ‘just shot a movie titled “THE IDOL.”‘

Speculation raged that she had joined The Weeknd’s show but insiders told TMZ that she was not part of the upcoming HBO project.

In fact not only is she not on the TV show, but her team were also said to not even know about her being in a movie called The Idol.

The site raised the possibility that the Work B**** pop act was self-producing a movie on her lavish estate where she lives with her fiancé Sam Asghari. 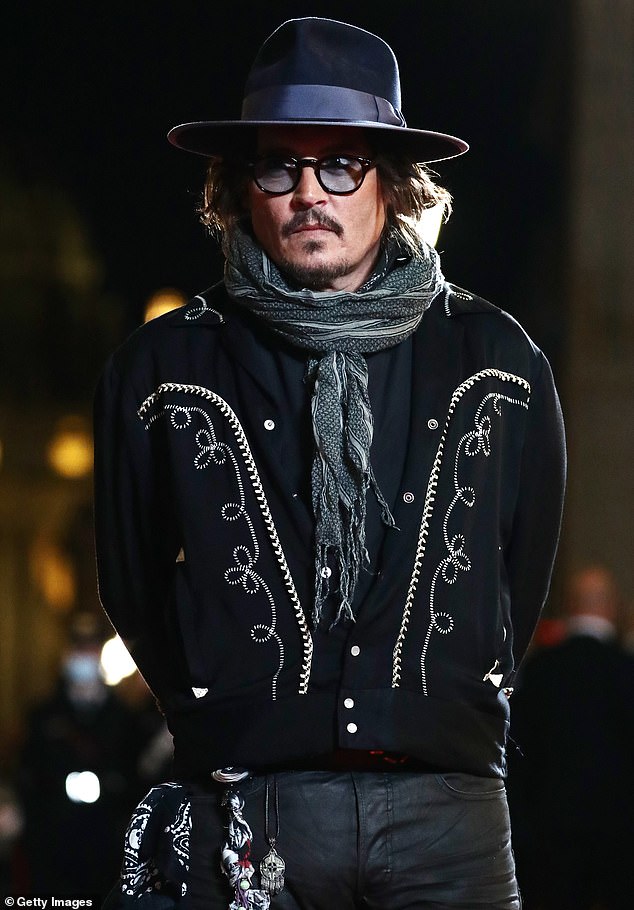 Daddy: Johnny Depp attends the red carpet ahead of the Johnny Depp masterclass during the 19th Alice Nella   2021 in October in Rome, Italy