Johnny Manziel’s wife Bre Tiesi has been accused of cheating during a half marathon charity race after her timings appeared to show she ran a world record pace.

The Instagram model, 27, has been forced to defend herself after split times looked to show she may have cut out parts of the course to achieve a quicker time.

Bre, who married the disgraced footballer in March last year, ran the Divas half-marathon in Temecula, California earlier this month in support of breast cancer awareness. She posted a picture of herself to Instagram holding a glass of wine following the race.

But according to a timings sheet posted online by LetsRun.com Bre ran the final 6.7 miles of the half marathon in 26:54 – faster than any human has ever managed. 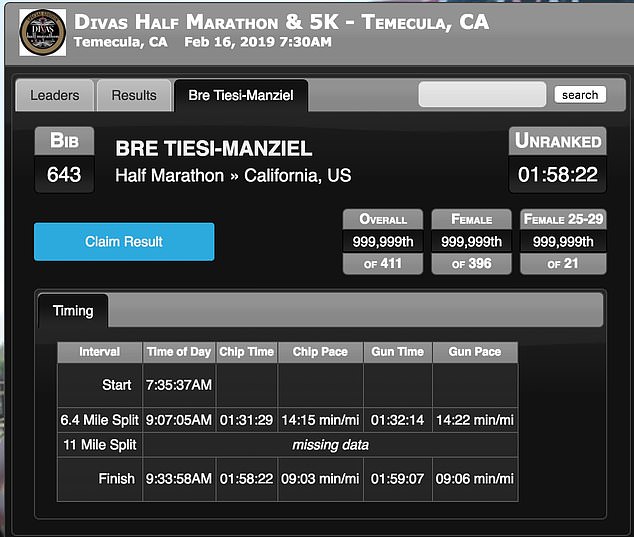 According to this timings sheet Bre ran the final 6.7 miles of the half marathon in 26:54 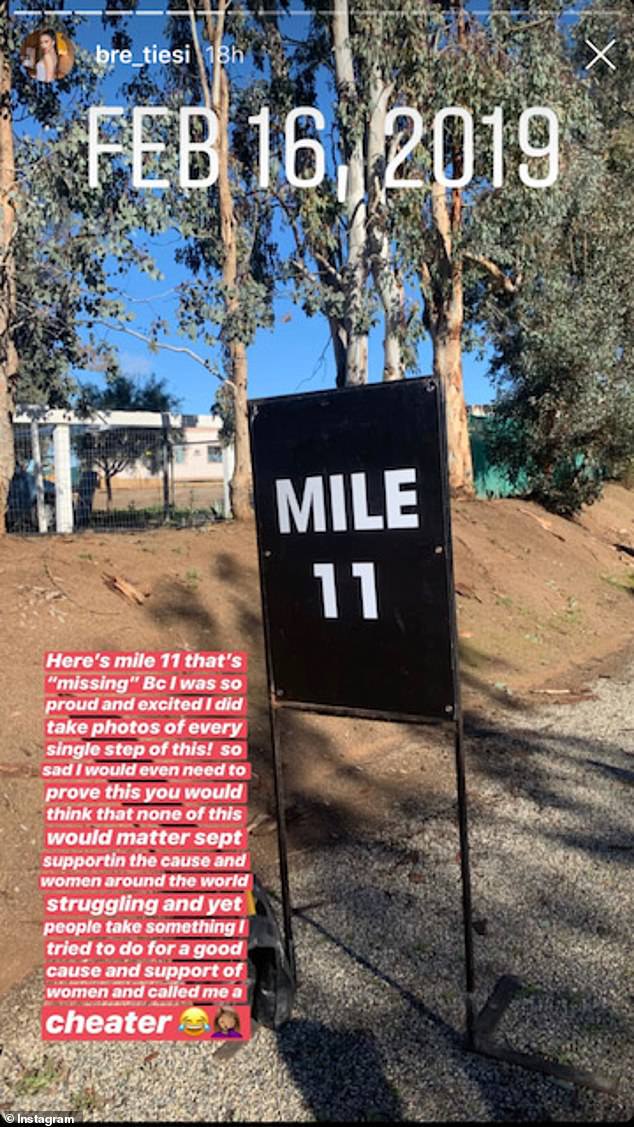 The timing sheet posted online shows she would have broke that record for six consecutive miles – and after running 14 minute miles the first half of the race.

Bre, who was running her first ever half marathon, has labelled those who doubt her time as ‘sad and pathetic’ and said the accusations are a ‘joke’.

She said: ‘How sad and pathetic that people even try and makes these types of accusations.

‘First of all I didn’t check in we drove straight on were met by a staff member and we walked to the front of the line to start off the event never even registered nor was anyone every [sic] waiting at each station to check u in for each marker etc.

‘So this ‘unaccounted’ time is a joke, we were there to help host and build awareness!! 2 this charity people what’s wrong with u!’ 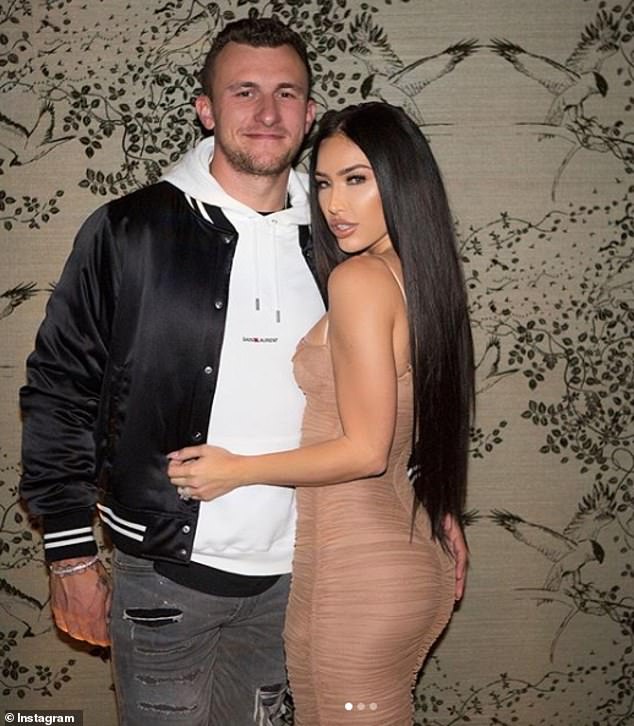 Bre posted a series of denials on her page and even included a photo of the Mile 11 marker as proof she ran the race.

She added: ‘Cardio is not really my thing so that’s what I mean by ‘I didn’t train.’ I went thinking I’ll have the heart to run or I won’t but I’ll finish, could be 5 hours .. didn’t care.

‘U should be ashamed for ur accusations. If this wasn’t for a charity even I wouldn’t even respond.’

Manziel, 26, who made headlines with his wild partying and off field antics, has credited Tiesi for helping him to turn his life around. He was released by Canadian Football League’s Montreal Alouettes earlier this week.