In a bid to cure coronavirus lockdown boredom, one man has come up with an unusual activity to pass the time – wrapping plastic bands around watermelons and waiting for them to explode – and the results are hilarious.

Jeremiah Warlick, known as the ‘rubberband man’, shares his comical and often painstakingly long challenge videos online and his viewers find his reactions to the explosions hilarious. 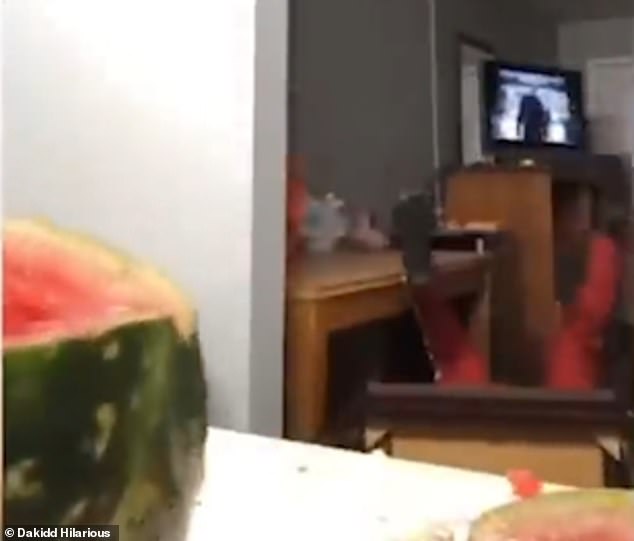 Covered in what looks like white talc and wearing a pair of pink goggles, the actor and comedian rolls hundreds of stretchy bands down the watermelon.

He comes across some obstacles along the way as the fruit nearly falls off the counter and it starts to make cracking noises.

When he makes it to 900  juices from inside can be seen dripping from the top with the pressure. 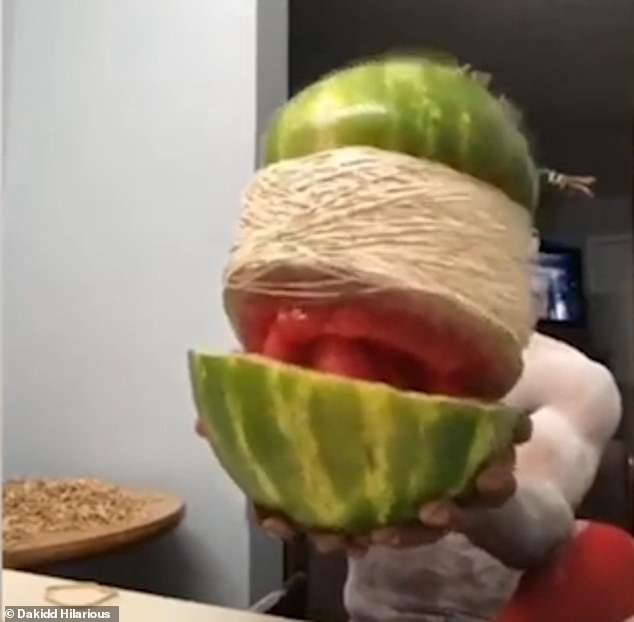 Mr Warlick becomes more and more nervous anticipating the explosion is imminent before a large split appears in the side of the melon on band 943.

He holds it in his hands waiting but there is a few seconds delay before it suddenly bursts up and the strength of the explosion comically knocks Mr Warlick backwards in his chair. 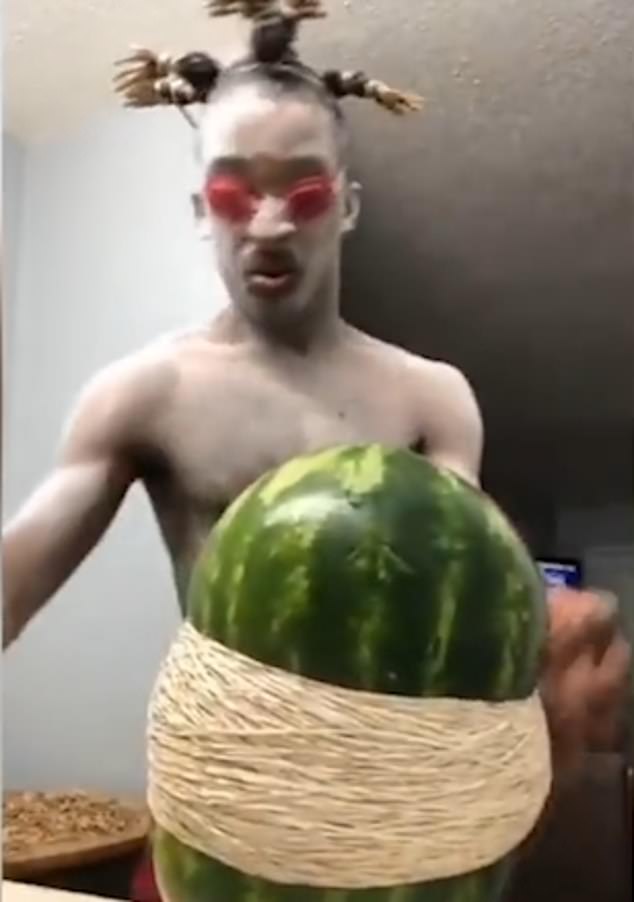 The joker has made several videos of him using rubber bands to explode watermelons with a range of results.

He has also done the same challenge on water balloons, bell peppers, a raw chicken and a bottle of milk.

To make his videos more interactive Mr Warlick asks his followers to guess how many bands they think it will take split the items.