Jon Hamm, 47, gets flirty with younger mystery woman on tennis outing together in LA

He is best known for his role as smooth talking Don Draper on Mad Men.

But Jon Hamm seems to be just as suave as his signature character.

The 47-year-old actor was seen getting flirty with a mystery woman during a Tuesday morning tennis session in Los Angeles.

Love, set, match? was seen getting flirty with a mystery woman during a Tuesday morning tennis session in Los Angeles

Things didn’t seem to get too competitive between the two as they shared a few laughs before hopping in a car together after the match.

Jon looked like he was getting tips from the stunner, who appeared to be much younger than the veteran actor, as the two were seen chatting it up on the court before heading off.

No doubt it was a nice, intimate match as they seemed to be the only two people at the tennis courts in the morning. 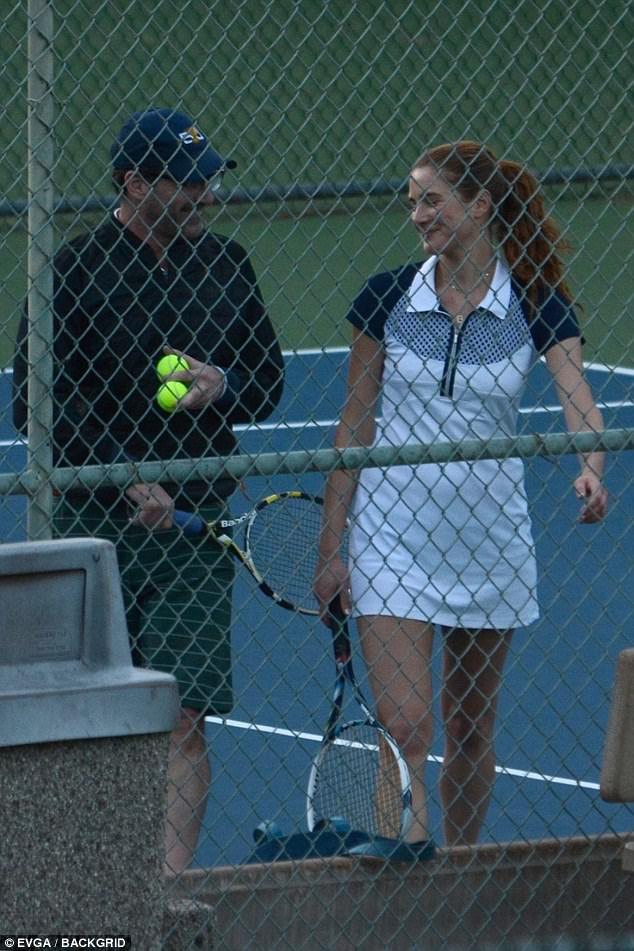 Getting flirty: The 47-year-old actor seemed to be charming the younger-looking woman 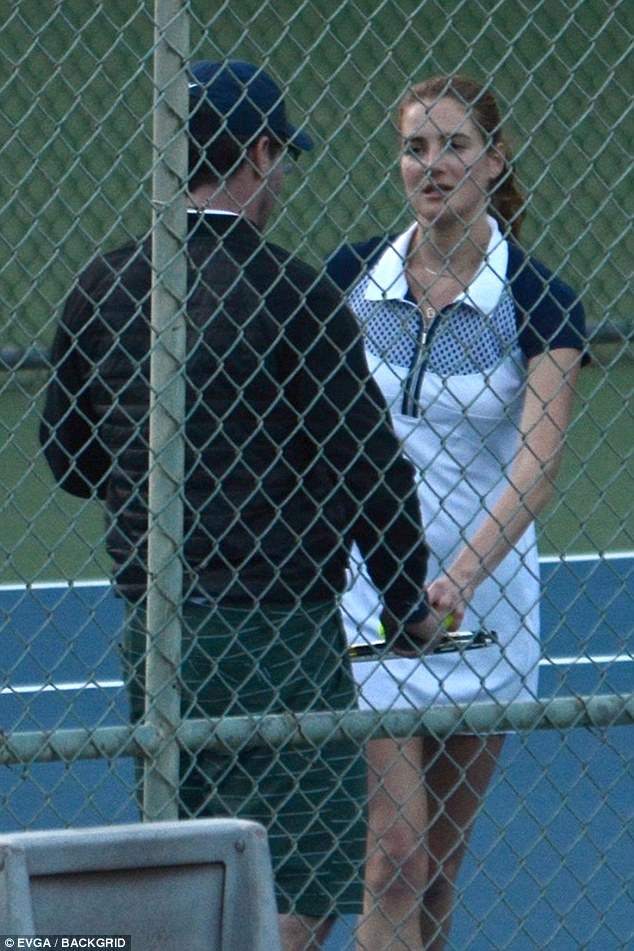 Tools of the trade: Jon looked like he was getting tips from the stunner as the two were seen chatting it up 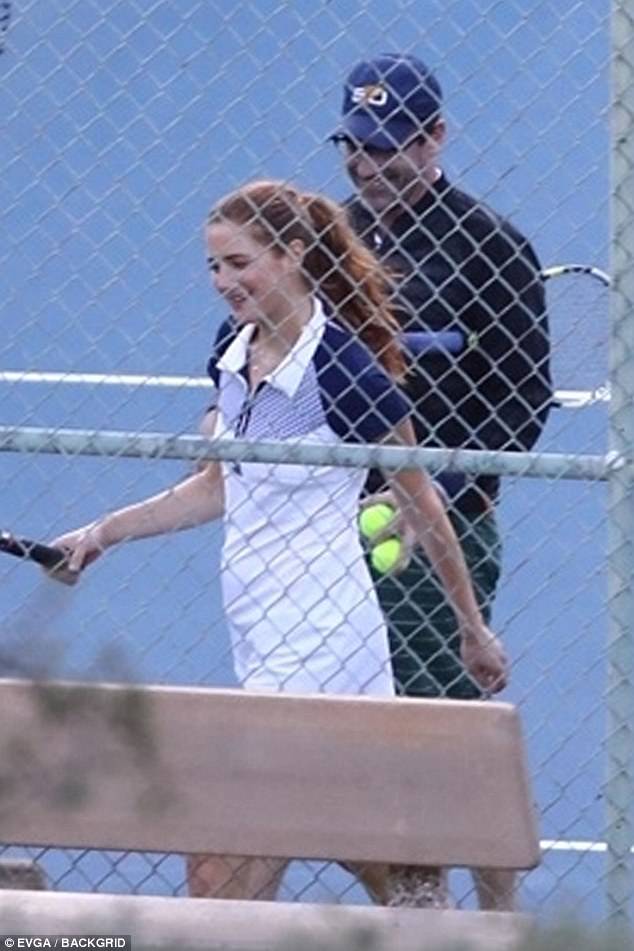 Cheeky: He seemed to take a look at the stunner’s behind as he had two tennis balls in one hand

The Baby Driver actor looked primed and ready for a tennis sesh as he sported a black puffer jacket with striped green tennis shorts and silver Asics tennis shoes.

He attempted to keep a low profile with a navy blue baseball cap and eyeglasses.

The mystery woman looked every bit the pro as she sported a white tennis mini dress with matching white Asics shoes.

She later covered up with a blue and grey varsity sweater and carried along a blue tote.

Her brunette tresses were pulled back in a ponytail as she let her natural looks show by going make-up free.

The two were all smiles as they loaded up the trunk of a Mercedes-Benz SUV before heading out together.

Jon seems to be a committed lover as he dated girlfriend Jennifer Westfeldt for 18 years before their split in 2015.

Last June, he opened up about the split in an interview with InStyle magazine as he said: ‘It’s hard. It’s hard to be single after being together for a long time. It’s really hard. It sucks.’ 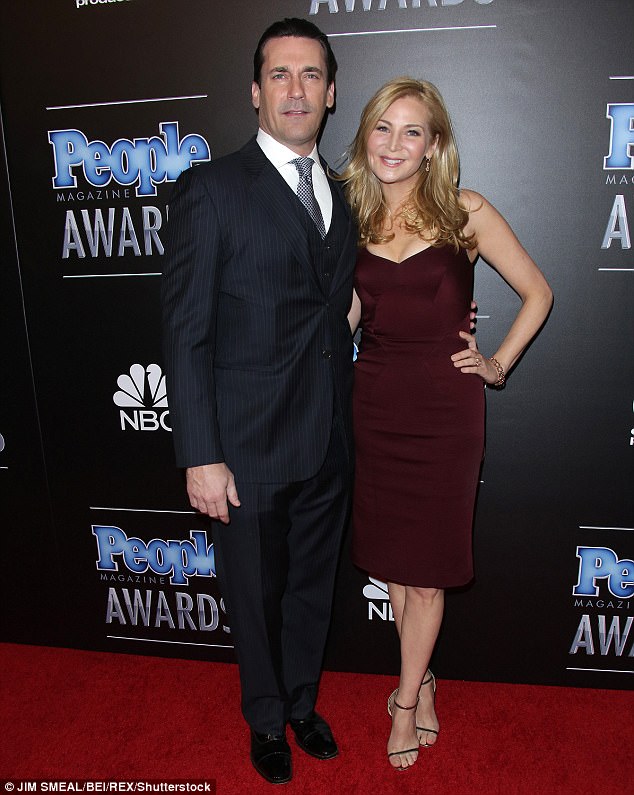 Former flame:Jon seems to be a committed lover as he dated girlfriend Jennifer Westfeldt for 18 years before their split in 2015, as they are pictured together in December 2014