A young entrepreneur who built his million-dollar cake empire from his family’s home kitchen has shared his astonishing body transformation after shedding 25 kilos.

Jonathan ‘Jonny’ Massaad, from Sydney, looks very different than he did as a teenager when he weighed 103 kilos and regularly indulged in fast food and takeaway meals.

At just 17, he started his first custom cake business Sugar High Desserts where he would bake more than 500 treats a week before and after school – all while studying for his final exams.

The then-teenager who taught himself how to bake said being surrounded by delicious desserts every day led to his weight gain.

Determined to get on top of his weight, the 22-year-old millionaire – who’s the founder of dessert business Cake Mail – now looks unrecognisable after overhauling his lifestyle. 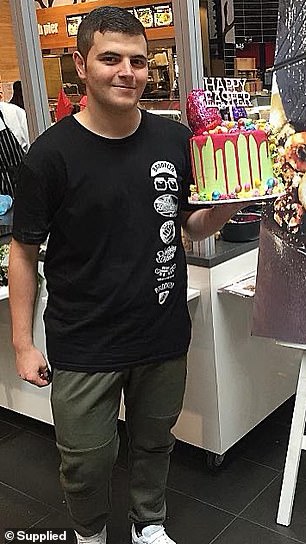 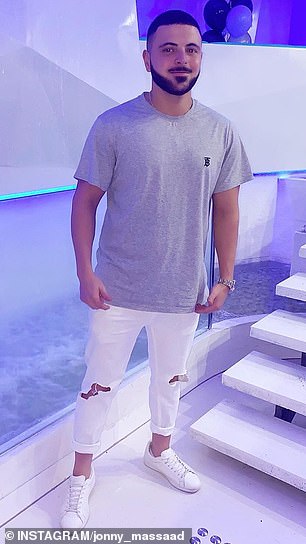 Before his dramatic weight loss, Jonathan said his diet consisted of ‘a lot of fast food, drive-thru meals and a tonne of food delivery’.

‘I needed a quick option. I was a one man show managing orders for my cake business and my health and diet was not a priority,’ he told Daily Mail Australia.

‘All my baking led me to love to eat food and sample everything I’d make. Being surrounded by food caused me to eat more and more hence gaining a lot of weight.’

The idea to pursue a career selling indulgent cakes came to mind after he failed to get a part time job when he was in high school.

‘I was rejected by KFC when I was 17 – the irony. At the time, I couldn’t get a basic fast food job mainly because I was unconfident and shy, incapable of working in a fast moving workplace,’ Jonny said.

‘At the same time I was baking cakes for my friends and family as a hobby. Eventually I put two and two together and started selling to the public as a form of income as I  was unable to seek employment. 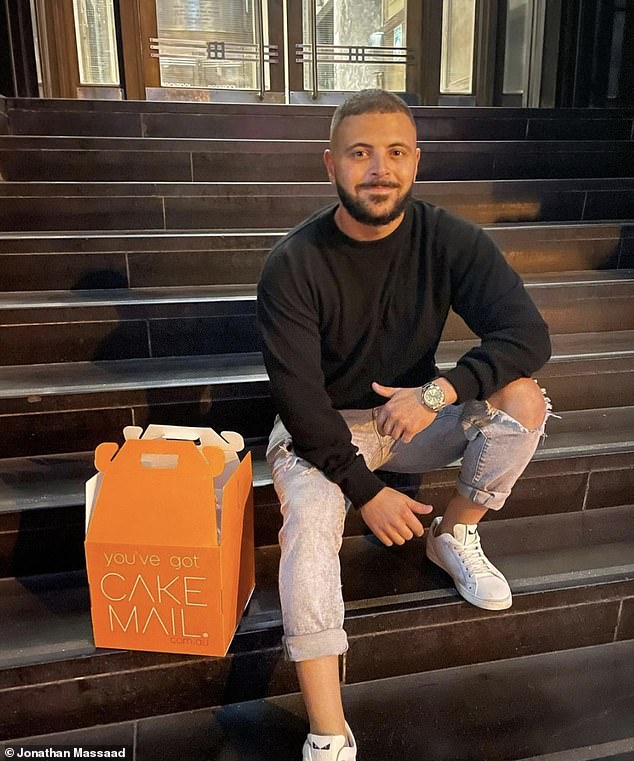 Determined to get on top of his weight, the 22-year-old millionaire – who’s the founder of Cake Mail – now looks unrecognisable after he overhauled his lifestyle 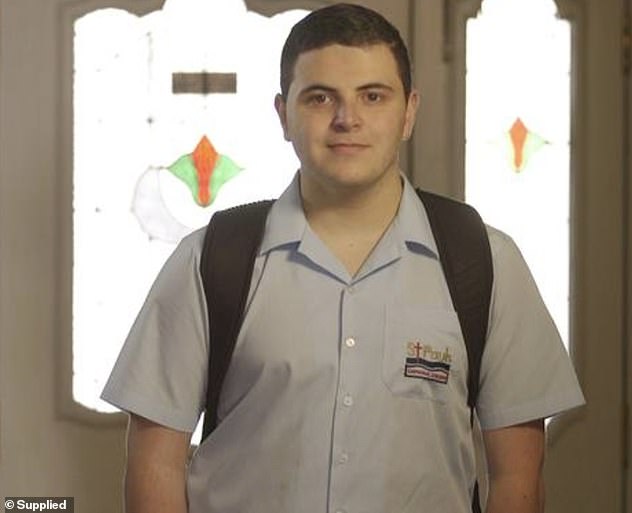 As his business took off, Jonny said found no time to exercise as he juggled school (pictured in his school uniform during his final year) 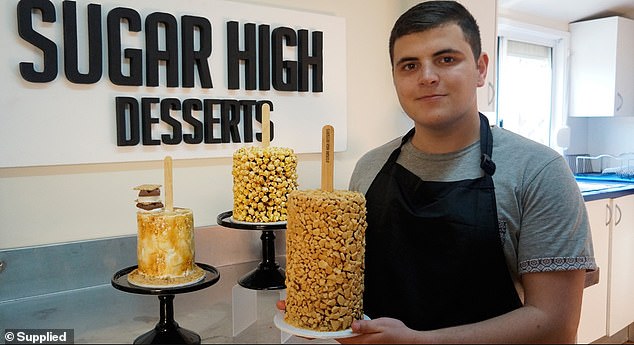 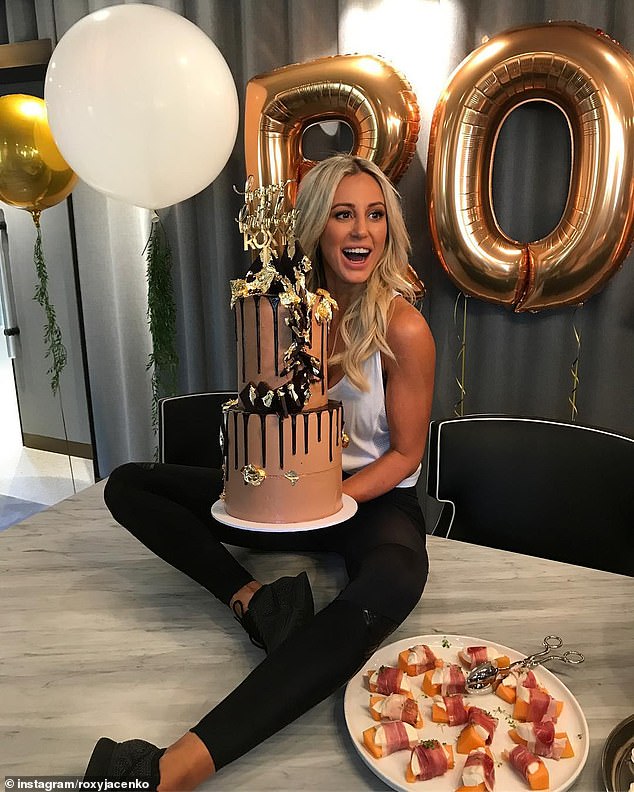 As his business took off after attracting tens of thousands of followers on Instagram, Jonny said he found no time to exercise as he juggled school.

‘During school, I was bullied because of my weight which led me to have a lack of confidence and social skills… I hated the way I looked,’ he explained.

But his turning point to lose weight came when he started maintaining a ‘balanced’ lifestyle by working out frequently and eating in moderation.

‘I feel accomplished with the journey I have made but I know I still have a long way to go. I do however feel a lot more confident in myself no longer being an introvert,’ he said.

‘I’ve turned my life around from being a kid bullied in school to now being a successful business owner. Now I can finally say that I am happy, self confident within myself and with the way that I look.’ 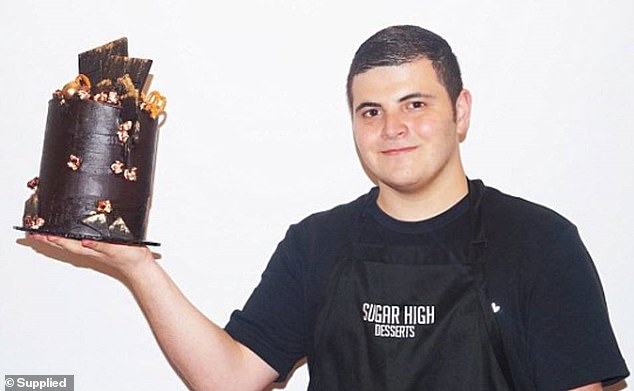 As his business took off after attracting tens of thousands of followers on Instagram, Jonny said he found no time to exercise as he juggled school 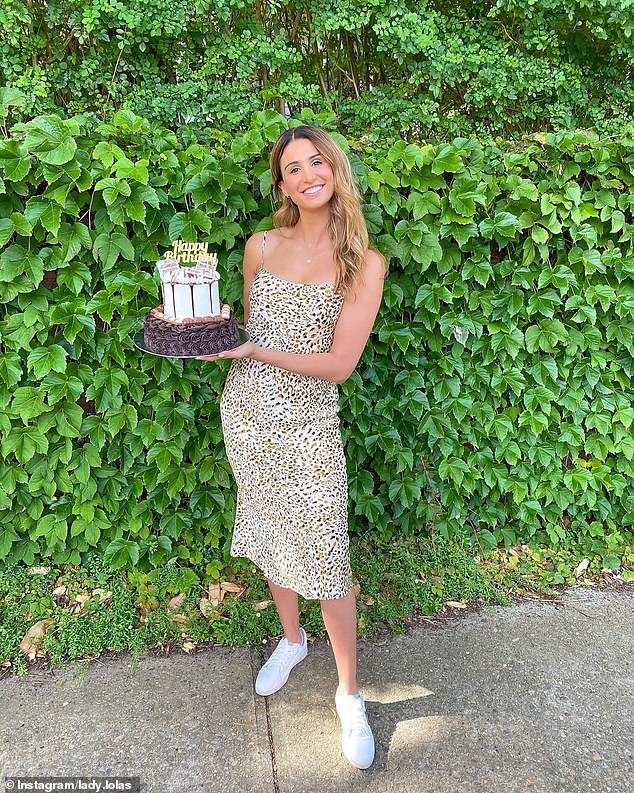 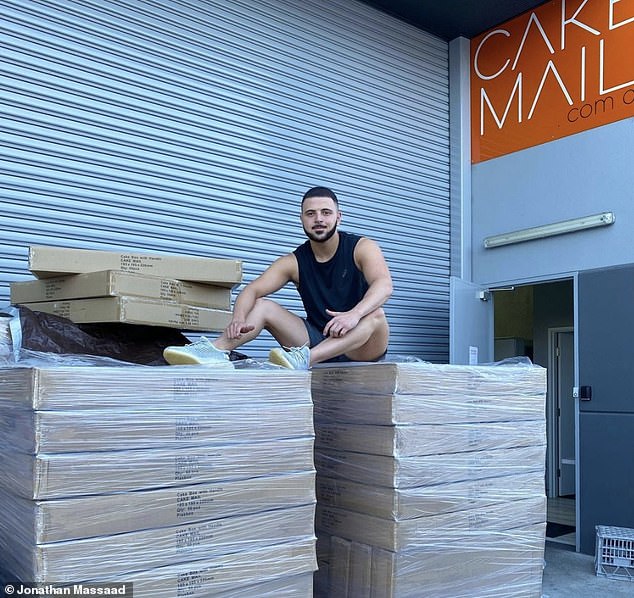 Since launching Cake Mail, the business has been turning over a million-dollar revenue – all thanks to the power of social media 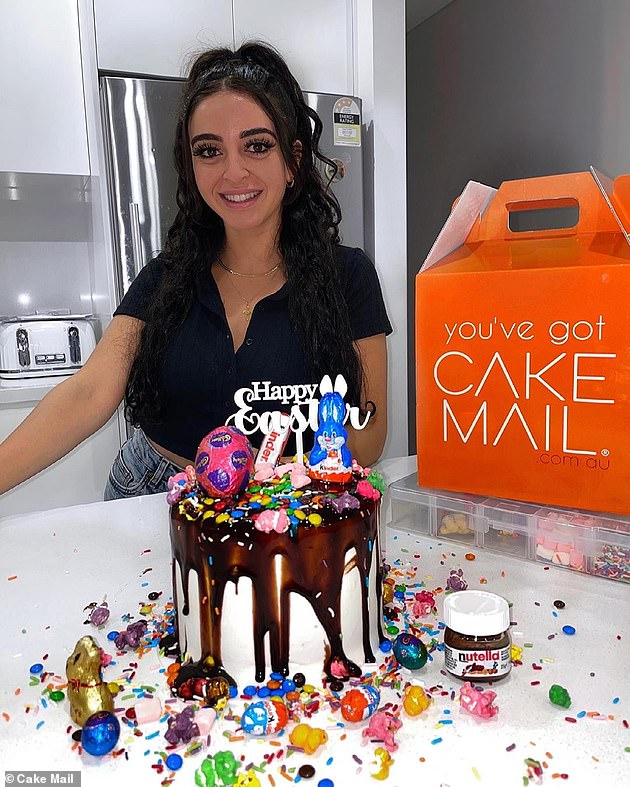 Despite leading a healthier lifestyle now, Jonny – who works out at a gym five times a week – said he still eats anything he wants, within reason.

‘I have a few exceptions… I still love to eat sweets and fast foods but in moderation. I believe I should not compromise the foods that make me happy the most,’ he said.

For anyone struggling to lose weight, Jonny suggested: ‘Just do it. There is never a right time to start… the time to start is right now.

‘Stop saying “I’ll start on Monday”, start today. But, don’t cut out the food that makes you happy the most, it takes the fun out of weight lost. Eat it in moderation.’

Since launching Cake Mail, the business has been turning over more than a million dollars in revenue – all thanks to the power of social media. The brand has more than 125,000 followers on Instagram.

Celebrities such as PR queen Roxy Jacenko, radio shock jock Kyle Sandilands as well as reality TV stars are among fans of the cake brand.