Jonjo Shelvey lays into Leeds, claiming he wouldn’t play for them because Marcelo Bielsa makes players do ‘pointless running’… and admitting he asked Rodrigo on the pitch to ‘stand still’ and stop moving like a ‘nutcase’!

Newcastle midfielder Jonjo Shelvey has admitted he ‘couldn’t play for Leeds’ after a torrid time spent trying to mark Rodrigo in January.

Leeds beat Steve Bruce’s team at St James’ Park on that occasion, coming out on top with a 2-1 win, and Rodrigo, the visitors’ record signing, was crucial when pulling the strings in midfield.

Shelvey was tasked with attempting to shackle the Spain international – and has now revealed the details about a hilarious conversation he shared with him on the pitch.

Speaking to the Studs Up podcast, Shelvey took the time to talk about the heavy emphasis on statistics in modern football, with a particular focus on the distance players will now typically run in a game.

‘We obviously played Leeds at St James’ Park about a month ago now, and that Rodrigo fella was in the middle,’ he said.

‘He was meant to be playing centre midfield and he was just all over the place. 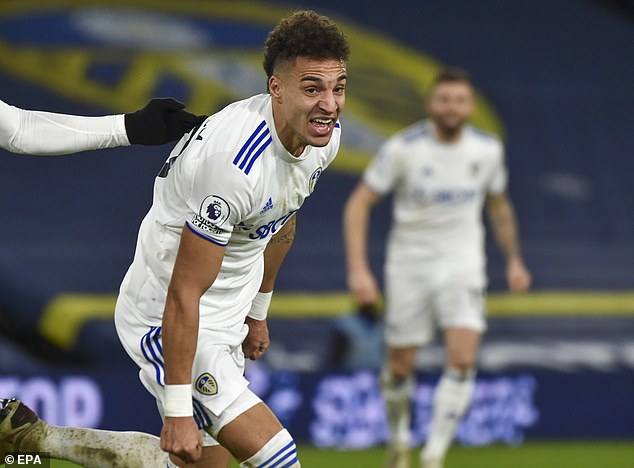 ‘I said to him, “geez can you just stand still for one minute, because you’re just running around like a nutcase.”

‘Some of it was just pointless running as well, and he goes, “I must do, I must do, my manager says I must do.”

Leeds have gained a healthy reputation under Marcelo Bielsa for their relentless drive and determination since the Argentine’s much-heralded arrival in 2018.

And, having described Rodrigo’s lung-bursting work rate, Shelvey went on to conclude: ‘I couldn’t play for Leeds.’ 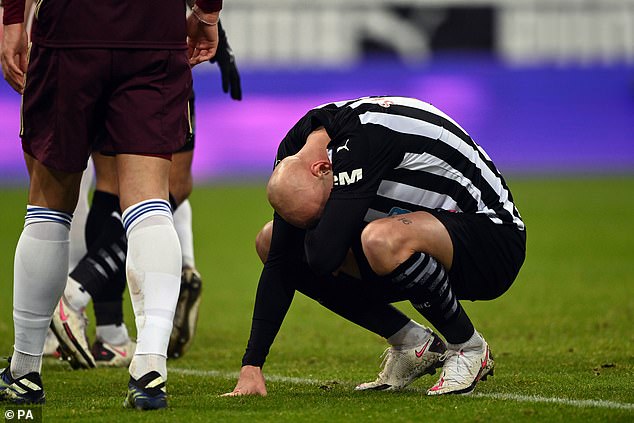 With Rodrigo racing around like a ‘nutcase’, Shelvey was forced to ask the player to ‘stand still’ 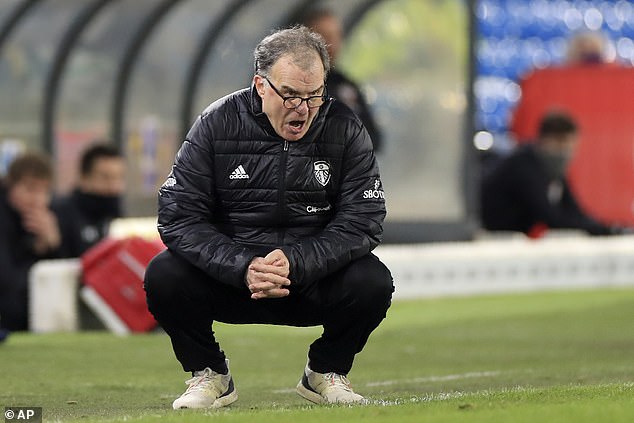 Rodrigo has made 18 appearances in the Premier League this season, starting in 12 of them, and moved to Elland Road last summer from Valencia for £26million.

The all-action star, 29, has scored three goals – including a strike against Newcastle in Leeds’ 5-2 win in December.

Shelvey, meanwhile, has appeared 17 times in the top flight this term, scoring once.