England have omitted Jonny Bairstow from their 12-man squad for tonight’s first Ashes Test at Brisbane, and look set to choose between fast bowler Mark Wood and spinner Jack Leach before naming their XI at the toss.

Bairstow had been in contention for the final batting place in Joe Root’s team, but failed twice during England’s chaotic warm-up game over the weekend, leaving the path clear for Surrey’s Ollie Pope to build on the 81 he made against India at The Oval in England’s most recent Test, in September.

With showers expected throughout the first Test, and the first sightings of the Gabba pitch revealing a generous covering of grass, Root and head coach Chris Silverwood must decide what role, if any, Leach can fill with his left-arm spin.

He has not played a Test since leading England’s attack in India in February and March, though the return of Ben Stokes improves his chances of playing at the Gabba, where the sun was shining on Tuesday.

If Wood is picked instead, England would be going in with five seamers – Stokes included – and only Root to bowl his part-time off-breaks. It is a luxury they will have to think carefully about.

Jimmy Anderson has already been ruled out of Brisbane as England look to manage their resources in a packed schedule, leaving Stuart Broad, Ollie Robinson and Chris Woakes to juggle new-ball duties. But England played down suggestions Anderson was missing the game because of a calf injury.

‘Jimmy is fit to play,’ said a team spokesperson. ‘With five Tests in six weeks the plan was to get him ready for the second Test in Adelaide.

‘With the limited build-up we have had so far on the tour, both him and the management didn’t want to take the risk of him playing after what had happened in 2019 at Edgbaston, when he broke down on the first morning.

‘He bowled at full capacity on Monday for just short of an hour and was in a good place physically. He will do the same again today at practice. He will stay with the Test group this week and work with the coaches at the Gabba rather than playing for the Lions.’

Meanwhile, the fifth Test is likely to be a day/night affair after it was officially taken away from Perth because of Western Australia’s strict quarantine regulations. Both Melbourne, which is also hosting the third Test, starting on Boxing Day, and Hobart, which is yet to stage an Ashes match, are in contention.

The second Test in Adelaide, starting on December 16, will also be a day/night game, played with a pink ball. 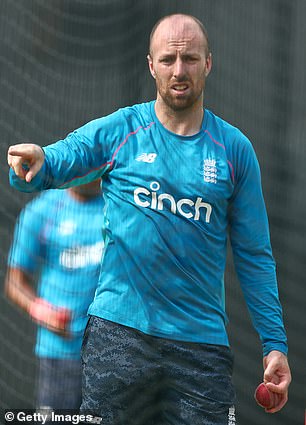 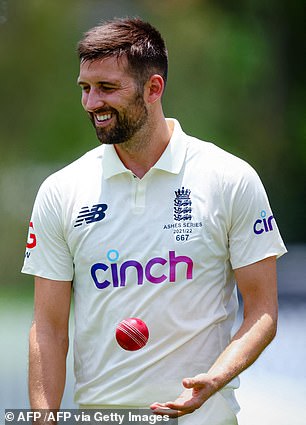