Defensive errors were the main reason behind a 3-1 extra-time defeat by the Dutch in Guimaraes as Gareth Southgate’s side lost a semi-final for the second successive summer.

There were shades of the loss to Croatia in the last four at the 2018 World Cup as England took the lead before being overrun.

Henderson came off the bench as Southgate opted against starting any of the seven players who contested the Champions League final on Saturday.

Henderson told UEFA.com: ‘It was tough. It was a quick turnaround after the weekend – physically, mentally, emotionally I was drained after the game and it took a few days to get ready for this game.

‘But also at the same time the lads have been training a good few weeks to build up to this game as well and they deserved to play. We have a great squad as well and you’ve got to use that.’ 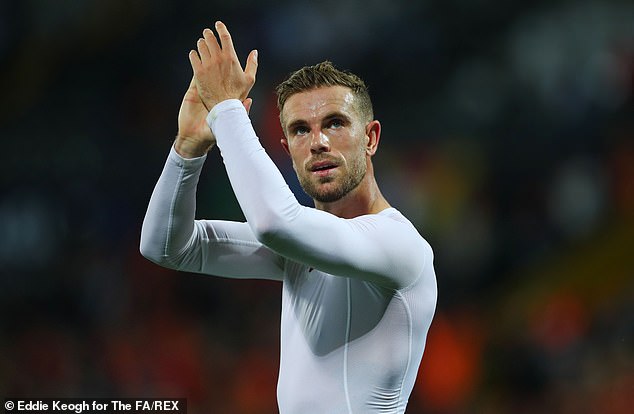 Marcus Rashford opened the scoring with a penalty before Matthijs De Ligt made up for tripping the Manchester United forward in the box by heading in the equaliser.

Jesse Lingard thought he had scored a late winner only to see his strike ruled out by the video assistant referee for the narrowest offside decision.

In extra-time both John Stones and Ross Barkley made mistakes which led to goals – firstly a Kyle Walker own goal and then a tap-in for Quincy Promes.

There is a chance to atone for back-to-back semi-final defeats next year with the European Championships – especially with the bulk of England’s matches to be played at Wembley – and Henderson has called on the team to learn from their latest setback. 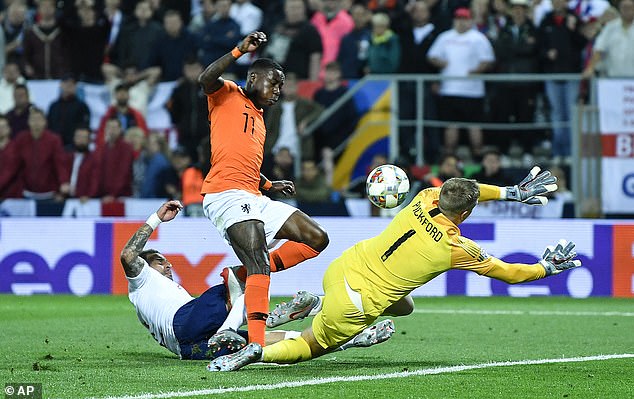 ‘It was two poor goals really from our side,’ added the Liverpool skipper.

‘Obviously we were unlucky for the offside decision, we thought that was a great time to score and we were on top at that moment.

‘The last 10-15 minutes I felt we were in control and could win the game and then extra-time we conceded two poor goals from our point of view.

‘It’s difficult to lose but you need to learn from the experience as best as you can and keep going. I’m sure we can keep improving and hopefully there are still many big games to come from this team.

‘We just have to keep going, keep the experiences we’ve had together, good and bad, and keep working towards the goal.’

England face Switzerland in the Nations League third-place play-off on Sunday afternoon and it remains to be seen whether Southgate will make wholesale changes to the team, including possible starts for Henderson or anyone else who featured in Madrid last weekend.