‘There was one pro contract to be handed out, it was a choice between three academy lads’: Jordan Henderson came close to being cut by Sunderland as youngster but attitude swung crucial decision, reveals ex-coach Ricky Sbragia

Jordan Henderson was close to being cut before making it as a professional, former Sunderland coach Ricky Sbragia has revealed.

Liverpool captain Henderson moved to Anfield from his hometown club in 2011, and has since won the Champions League and is on the verge of winning the Premier League.

But in his teen years, a professional deal at Sunderland was in the balance, but it was Henderson’s well-known dedication and attitude which swung the decision in his favour, says first-team coach at the time Sbragia. 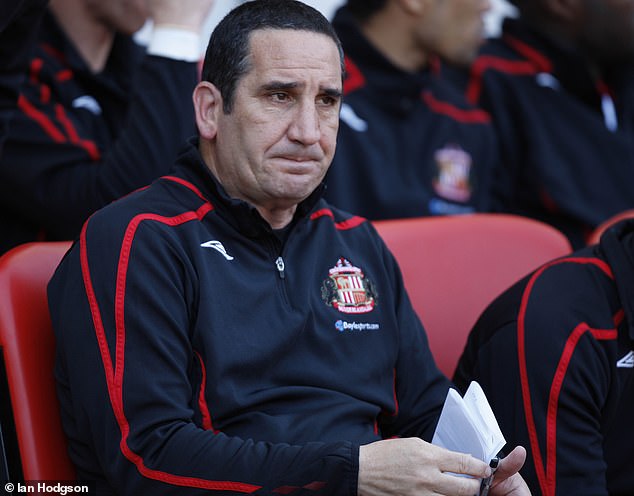 ‘There was one professional contract still to be handed out, and it was a straight choice between three of the academy lads,’ Sbragia told The Sun.

‘When I came back in the following day, Jordan had been chosen. What swung it for him? The attitudes that you see today – the ones that have made him such a success. It just goes to show how thin the dividing line is.

‘But Jordan was always on a level. His application was first class. I can remember Niall Quinn and myself talking to his mum and dad about him turning professional as we sat in the stand together at a reserve game. By this stage, he had broken into the England Under-19 side.

‘Jordan would say to himself: ‘I’m going to improve on this’ – and the great thing is, he would then go and do it. Athletically, he was fantastic.

‘Football-wise, he had a good range of everything. He was a good size. Some of it is luck, you need to have that. But the key is that whenever you get an opportunity like that, you take it.’

Sbragia, who went on to take charge of the first-team in the 2008-09 season, was part of the backroom staff under Roy Keane when the decision was made.

Henderson signed his contract in July 2008 and after making his first-team debut in November, he stayed at the club for three more years.

But then Kenny Dalglish and Liverpool came calling and signed the then 20-year-old for £20million.

He was named captain after Steven Gerrard left the club in 2015 and is now leading the team during a period of stunning success at Anfield under Jurgen Klopp.

The 29-year-old also recently received plaudits for setting up a Premier League #PlayersTogether fund for the NHS during the current coronavirus crisis.