The Liverpool skipper came on at half-time during Tuesday’s 1-0 win over Czech Republic to play his first competitive football match since February 20.

Before having groin surgery, Henderson was set to be a starter for England during the tournament — but Declan Rice and Kalvin Phillips have made the two defensive midfield positions their own during the first three games. 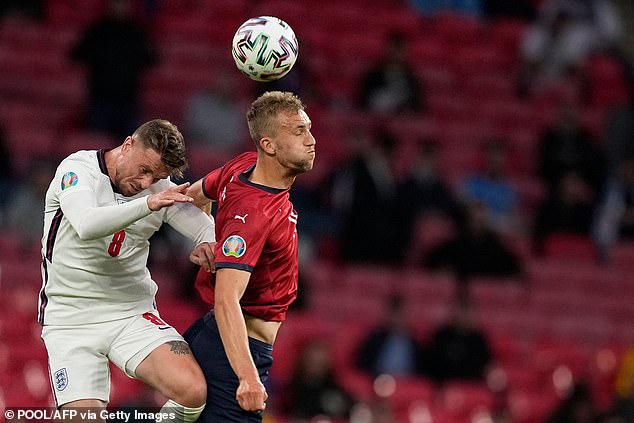 Henderson, though, insists he is ready to start Tuesday’s crucial clash against Joachim Low’s men at Wembley.

He said: ‘The toughest part of being an athlete is dealing with injuries. It wasn’t easy. I’m in a pretty good place. It was great to get on the pitch finally in a competitive game and get 45 minutes under my belt.

‘I feel really positive, and hopefully I can keep contributing to the team.’

Henderson also revealed that Liverpool manager Jurgen Klopp has already been in touch after England and Germany were matched in the last 16.

The midfielder and his German head coach have formed a strong bond at Anfield, and Henderson added: ‘Yes, he has texted. As soon as the final whistle went he just sent a smiley face emoji.’ 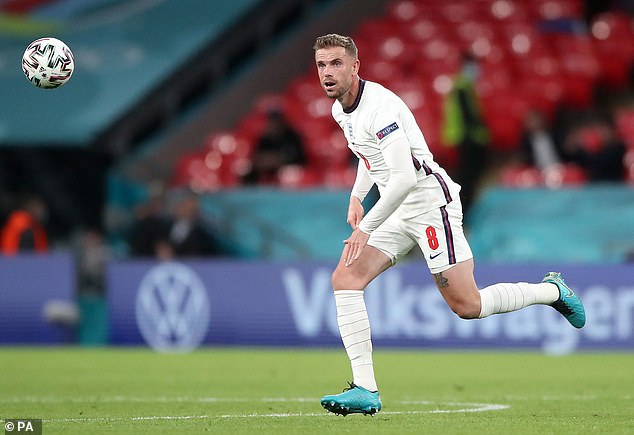