Jordi Alba has suggested that Barcelona’s arch rivals Real Madrid should give them a guard of honour following their La Liga triumph on the weekend.

Barcelona won La Liga on Sunday night with four games to spare after beating Deportivo 4-2 away thanks to an early goal from Philippe Coutinho and another hat-trick from Lionel Messi.

Barcelona received a guard of honour at the Estadio Riazor from the Deportivo players after winning the Copa del Rey in emphatic style last weekend.

Following the clash, attentions quickly turned to the highly anticipated El Clasico next Sunday and whether Madrid would show their respects to Barcelona prior to kick-off.

Zinedine Zidane previously said his side would not give Barcelona a guard of honour as Ernesto Valverde’s side failed to do so after Madrid’s triumph in the Club World Cup.

And Alba has hinted that the Bernabeu outfit should do the honourable thing at the Nou Camp but claimed that their decision will come ‘from upstairs’. 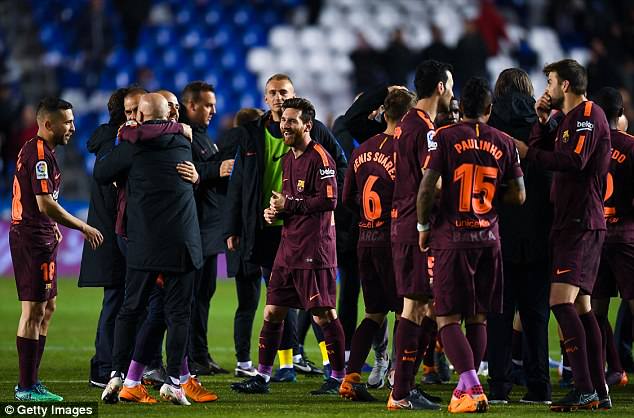 ‘It’s not a decision we take, everyone has respect for those who want to,’ Alba told reporters on Sunday.

‘The Club World Cup was a competition we didn’t play in. At the [Santiago] Bernabeu, in the league, we have previously performed a guard of honour.

‘If they don’t want to give us a guard of honour it will be because it comes from upstairs.’

Barcelona won their seventh La Liga title in just 10 seasons on Sunday and will be hoping to finish off the season in style with victories in their last four matches. 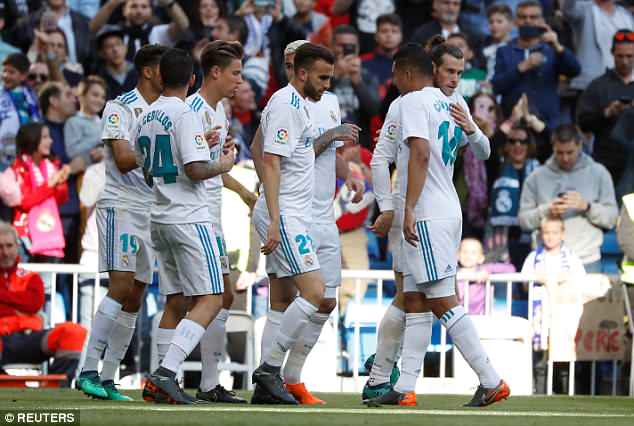