Barcelona defender Jordi Alba says the feeling in their squad is better than in 2015, when the club won an historic second treble.

Barca are unbeaten and nine points clear at the top of La Liga this season.

They are also in the King’s Cup final and looking strong in the Champions League, where they face AS Roma on Wednesday in a quarter-final first leg clash, as they look to capture all three major trophies once again.

‘In these moments I have even better feelings that this year we could repeat those achievements because, not only are we on a good path but in the three competitions we are performing consistently and at a great level,’ Alba told a news conference on Tuesday.

‘In the dressing room we aren’t talking about the treble but we know for our fans it is a great hope, and for us too, but there is a long way to go.’ 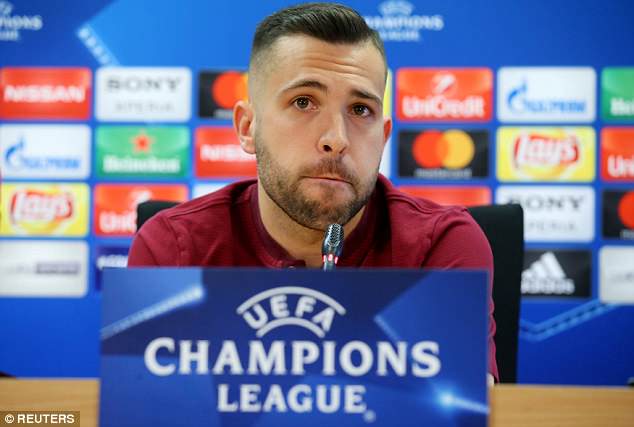 Barcelona are favourites to beat Roma but left back Alba said the Italian side will cause problems for the hosts on Wednesday.

‘We know that we have a great squad and if we are at our usual level we can beat anyone, but this is Roma, who finished first in their group with Atletico Madrid and Chelsea in,’ he said.

‘I’m sure they will give us trouble and we have to play with our fans behind us, which I’m sure will help us.’