‘Jordi Alba is really a disgrace’: Barcelona defender lambasted by Manchester United fans after his attempts to get Ashley Young into hot water during Champions League clash

With Barcelona already 1-0 up thanks to a Luke Shaw own goal, Alba attempted to perform dark arts in order to get Ashley Young into hot water.

With United chasing an equaliser on the night in the first-leg of the quarter-final, Alba accidentally ran into Young before dramatically falling onto the floor holding his head right in front of the linesman. 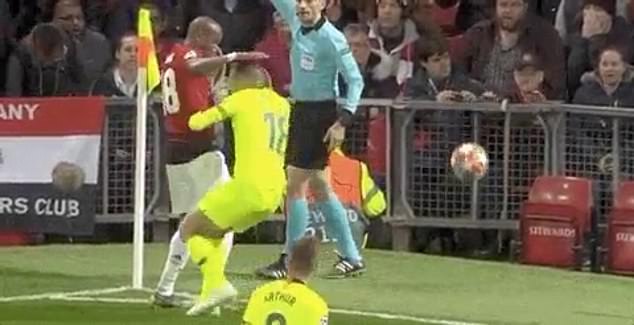 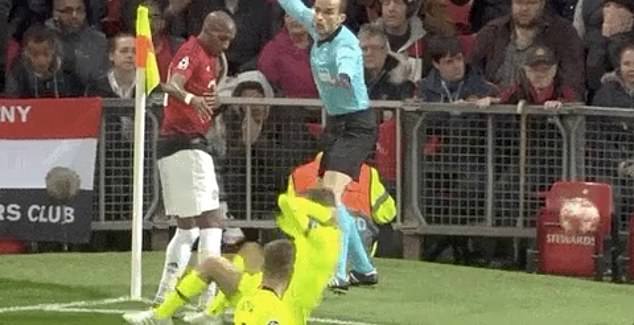 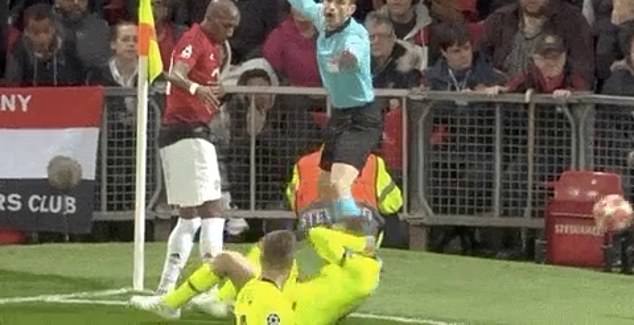 Despite Alba’s best efforts, Young was not cautioned. Hardly surprising.

And inevitably, United fans flocked to social media to vent their anger at the Spanish left-back for trying to be deceitful and getting Young in trouble.

One Red Devils fan took to Twitter to have a rant over the defender’s theatrics, commenting: ‘Alba is really a disgrace’, while another supporter wrote ’embarrassing from Alba’. 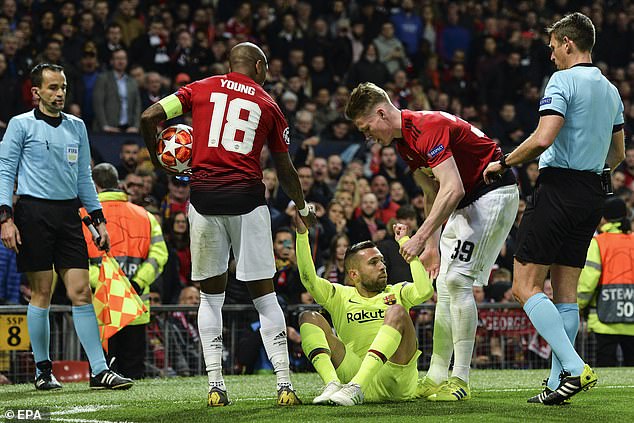 ‘Alba is really a disgrace’, wrote a United supporter on Twitter straight after the incident

This isn’t the first time Alba has gone down easily and people were quick to highlight that, with one social media user ranting: ‘Another high point for Jordi Alba’s acting career’.

And the frustration didn’t stop there as another fan claimed Alba pretended to be assaulted.

The fan wrote: ‘Think the most bizarre moment of that half was when Jordi Alba randomly decided to preform a running headbutt into Ashley Young’s stomach and pretend he’d been assaulted, right in front of the linesman’.

One United supporter slammed Alba after the incident, saying ‘I hate seeing things like that’