She gave birth to her first child a year ago.

‘There’s this thing called the fourth trimester, which happens after you have your baby,’ the singer, 29, said in an interview with UsWeekly Thursday. ‘It’s dealing with everything that happens with your body. Your body goes and changes, your hormones are absolutely insane.’

Sharing: She gave birth to her first child a year ago. And now American Idol season six winner Jordin Sparks, pictured in March, is opening up about struggling with postpartum depression

Jordin, who is married to fitness model Dana Isaiah, went on: ‘We’ve got tons of people to hold the baby, but who holds us? Who holds us together? Who helps us get through all that stuff?’

‘Obviously, people in your family who know what you’ve been through and had kids before, but sometimes it feels hard to reach out because you’re like, ‘How do I feel so lonely when this amazing thing just happened?’’ she explained.

Jordin, who dated Jason Derulo for three years until their split in 2014, tied the knot with her husband in July 2017 in Hawaii. 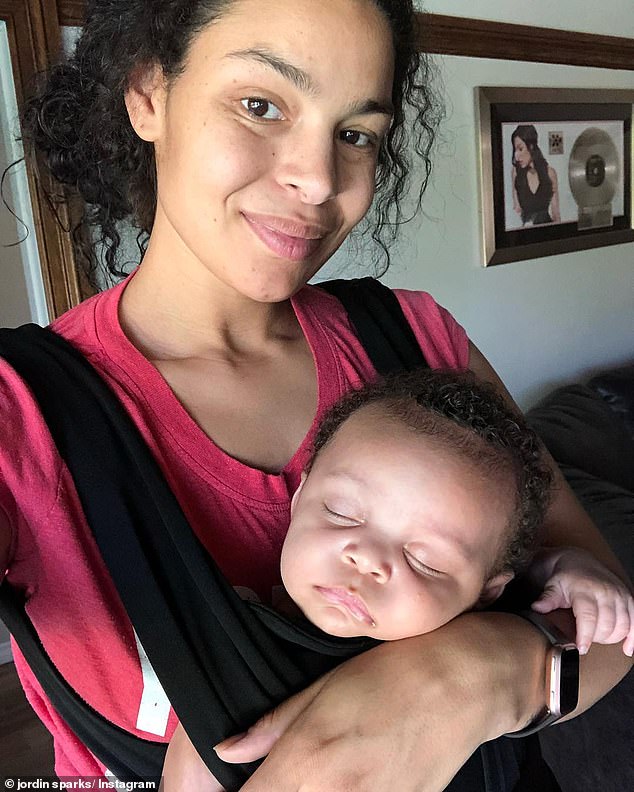 First baby: ‘Sometimes it feels hard to reach out because you’re like, ‘How do I feel so lonely when this amazing thing just happened?’’ the singer, 29, explained to UsWeekly 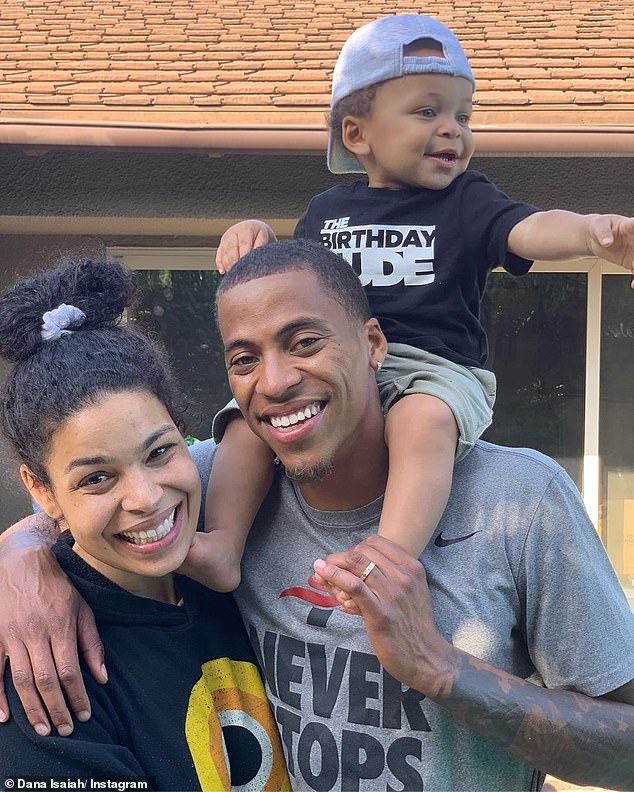 Family: Jordin and her fitness model husband  Dana Isaiah, who wed in July 2017, celebrated their son Dana Isaiah Jr.’s first birthday on May 2

Since finding fame back in 2007 as a contestant on American Idol, she has continued to record and release music as well as pursue acting opportunities on Broadway and in film.

She is currently trying to raise awareness of sickle cell disease through her Gen S partnership with pharmaceutical giant Novartis.

‘We’re encouraging people who have been affected by it in some way – whether a family member or a caretaker, or they’ve been dealing with it themselves – to go online, to joingens.com, and to share their story because we want to rewrite the face of what sickle cell looks like because you can’t tell that somebody has it by looking at them,’ she explained to UsWeekly.

It can cause anemia, jaundice and the formation of gallstones in those who have it and also causes organ damage affecting the spleen, kidneys, eyes and liver, according to the Sickle Cell Disease Association Of America.

For a cause: Jordin, pictured last November, is currently also trying to raise awareness of sickle cell disease through her Gen S partnership with pharmaceutical giant Novartis