Jorginho, De Bruyne and Kante make UEFA’s Player of the Year final shortlist ahead of Messi

The final shortlist for the UEFA Men’s Player of the Year has been revealed, with Chelsea and Manchester City dominating proceedings.

Both Champions League finalists boast players which make up the final three places for the prestigious award, with Jorginho, N’Golo Kante and Kevin De Bruyne set to battle it out for the honour.

The three midfielders have been given the nod ahead of Lionel Messi and each received more votes, despite his sublime final season with Barcelona and his triumphs with the Argentina national team.

Jorginho, N’Golo Kante and Kevin De Bruyne are set to battle it out for UEFA’s main solo prize

final vote standing will be revealed on Thursday, August 26 when the winner will receive the award

In addition, 55 journalists selected by the European Sports Media (ESM) group were also permitted to cast their vote on the subject, one from each of UEFA’s member associations.

Voters selected their top three players, with the first receiving five points, the second three and the third one.

As part of the rules coaches were not allowed to vote for players from their own team.

A full run-down of the players was released by the football body, with the rest of the top 10 revealed.

UEFA announced both their men’s and women’s shortlist on Thursday, with Emma Hayes going up for the Coach of the Year award.

For the men’s Coach of the Year, both Thomas Tuchel and Pep Guardiola will be do battle for the big honour, along with Italy’s Euro 2020 winning manager Roberto Mancini.

As is now customary, UEFA also named the nominees for their individual playing positions for the past season.

The Goalkeeper of the Year award will be contested between Thibaut Courtois, Ederson and Edouard Mendy.

Chelsea and City once again dominate the defenders category, with Cezar Azpilicueta battling against team-mate Antonio Rudiger and Ruben Dias.

The Midfielder of the Year award is naturally a straight replica of the main Player of the Year running, with De Bruyne, Jorginho and Kante again facing off. 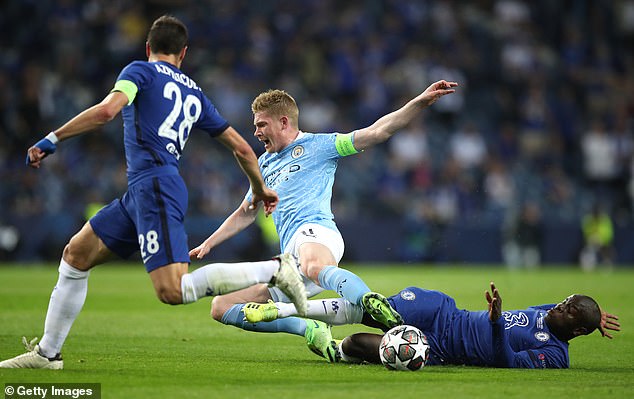 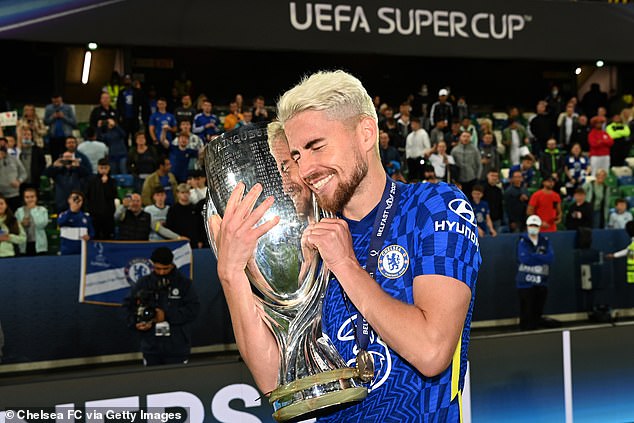 Jorginho enjoyed a trophy-laden year with the Champions League, Euro 2020 and Super Cup

Bayern Munich’s goalscoring machine Robert Lewandowski is the clear favourite for the strikers award, with Erling Haaland and Kylian Mbappe also in the running.

After Manchester United surged to the final and met Villarreal in Gdansk, both sides naturally boast players in the final three.

Striker Edinson Cavani has been voted in alongside Bruno Fernandes, with Spanish striker Gerard Moreno making up the final place.