‘A fantastic performance against a formidable team’: Captain Jos Buttler heaps praise on England after their stunning semi-final win against India – and vows his side are ‘incredibly dangerous’ heading into Sunday’s final

Jos Buttler cast his mind back seven years to the nadir of England’s white-ball cricket at this same Adelaide Oval ground and contrasted it with the near perfect performance over India on Thursday that took his side to the Twenty20 World Cup final.

Defeat by Bangladesh here in the 2015 50-over World Cup became a watershed moment for England’s white-ball cricket and led to the transformation that has seen them reach at least the semi-finals in five world tournaments since.

Now England are in the final of this T20 World Cup, where they will play Pakistan, and have the chance to unite the 50-over and T20 world titles after a comprehensive dismantling of favourites India.

‘It was a little bit different to seven years ago,’ said Buttler, one of five survivors from that miserable World Cup. ‘This was just a fantastic performance against a formidable team and I’m immensely proud of the guys.

‘That was by far the best we have played in this tournament. To do that on a day like today in such a high pressure game is very satisfying.’

England totally outclassed India, surpassing their 168 for six by 10 wickets with fully four overs to go, Buttler and Alex Hales hitting 10 sixes between them to silence the vast majority of India fans in a 40,000 crowd at the Adelaide Oval.

‘We are a good team and that’s where that performance came from,’ said Buttler in answer to a question about England’s patchy form in reaching the semi-finals, including defeat by Ireland in the group stages and narrow victories over Afghanistan and Sri Lanka. 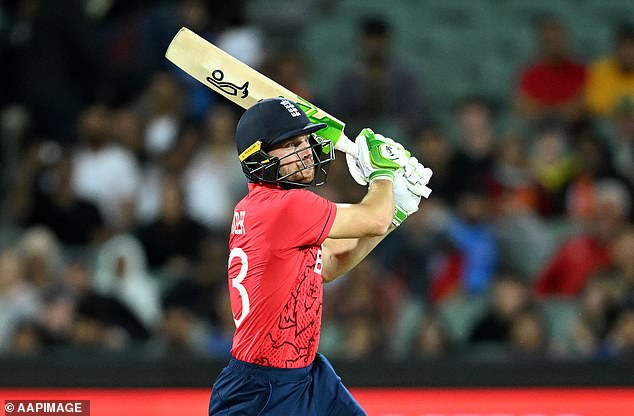 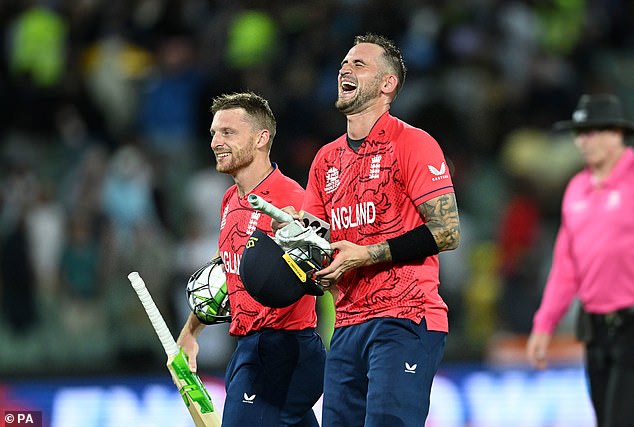 ‘We have some brilliant players in our team and when we play at our best we’re a tough team to beat.

‘We are incredibly dangerous. I never thought we were favourites and we haven’t played as well as we can do in this tournament yet still we find ourselves in a final of a World Cup and we saved our best performance so far for the semi-final.’

Buttler paid tribute to Alex Hales, unbeaten on 86 with seven of those sixes, who was only called up for this World Cup after three years in the wilderness when Jonny Bairstow suffered a badly broken leg in a freakish accident while playing golf. 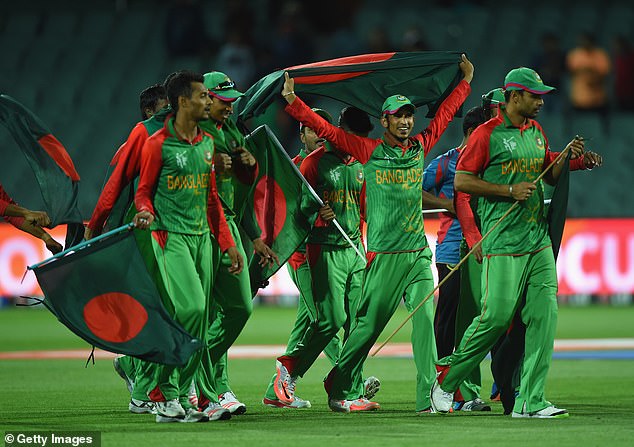 ‘Alex has been performing well for a long period of time,’ said Buttler. ‘Unfortunately he hasn’t been able to get back in due to other players playing brilliantly well. An opportunity arose here and in the last three matches in particular his form has been absolutely fantastic. It was great to tuck in behind him tonight and bat at the other end.’

Now England move on to Melbourne for Sunday’s final in a match, as Sportsmail revealed, that Sky will share with free to air television, a move Buttler welcomed.

‘I’d be immensely happy with that,’ said the England captain. ‘That would be fantastic for the game in our country. As many eyes as we can get on that final would be great. It’s important that we always look for ways to grow our game and showcase cricket.’