‘For this 90 minutes he forgot that he played for Liverpool’: Jose Mourinho hails Barcelona star Luis Suarez for celebrating against his former side after scoring in Champions League

Barcelona star Luis Suarez was praised by Jose Mourinho for showing no mercy against his former side Liverpool in the Champions League.

Suarez opened the scoring for the Catalan giants as they beat Liverpool 3-0 in the first-leg of their Champions League semi-final at the Nou Camp on Wednesday night.

And the Uruguay international, who snipped away against his former club throughout, was certainly not afraid to celebrate his opener after slotting home past Alisson from Jordi Alba’s pin-point delivery.

Suarez came in for some criticism from Liverpool fans for his actions at the Nou Camp, including former team-mate Jamie Carragher, who suggested the striker should prepare for a hostile reception at Anfield next week.

‘Luis did something which is good and I love it. For this 90 minutes he forgot that he played for Liverpool. The only thing he was focused on was that match, his job, go to the final, win the Champions League,’ he told RT.

‘He scored a goal, celebrated the goal, he was fighting people, players he probably loves, players who are probably on the phone [to him]. 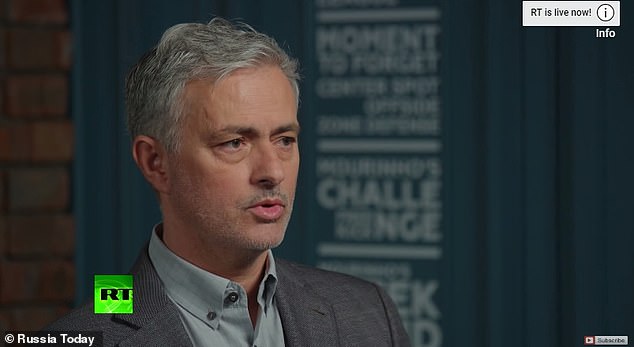 ‘Incredible, incredible attitude. Messi is phenomenal, but to have next to him that kind of player, that can – it’s not the word I want to use – do the dirty work.

‘But it’s not dirty, it’s important work, and on top of that work, the goal is phenomenal.’

Suarez will be hoping his Barcelona team-mates can finish off the business next Tuesday night at Anfield in the second-leg.

Goals from Suarez and a brilliant brace from Lionel Messi on Wednesday have put Barcelona on the brink of the Champions League final. 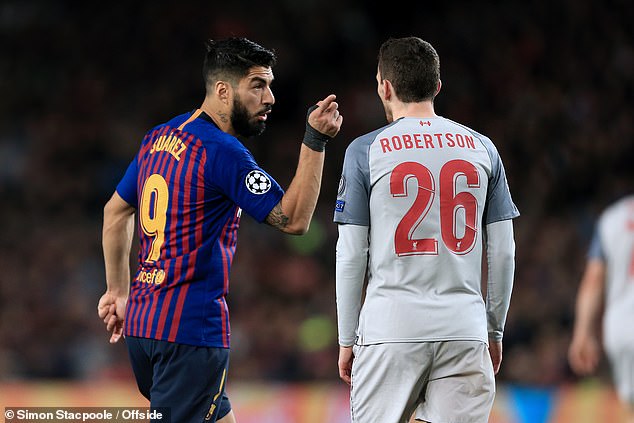