Jose Mourinho has another dig at Manchester United fans

Manchester United fans settling inside Old Trafford and flicking through the programme will have immediately seen a message from manager Jose Mourinho.

‘I hope that you enjoy the game more than some of you did against Tottenham,’ he wrote.’

The remark lacked a little bit of sincerity. It was a little passive aggressive, truth be told, and Mourinho is still stewing over the atmosphere here last Saturday. 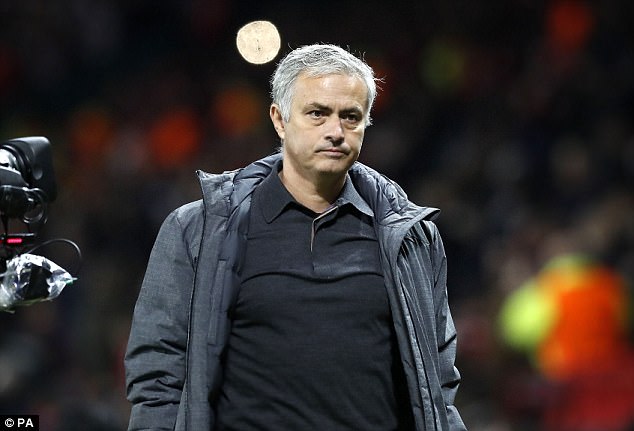 ‘I hope that you enjoy the game more than some of you did against Tottenham,’ he wrote

The United boss felt Romelu Lukaku was singled out as boos filled the stadium and Anthony Martial entered the game he would win. He cannot fathom negativity.

‘The fans normally are behind the team,’ he said pre-match. ‘I have had some good moments here and let’s see if we can continue that.’

There certainly was not a sense of feverish expectation as United’s coach crawled towards one corner of the Stretford End moments before half-past six.

Just as many home fans crowded around that area of Old Trafford as normal, but without that thrill at seeing stars disembark.

Camera phones flashed. But no noise other than the slow chug of the bus. A strange welcome for a team heading into this with a chance of qualifying for the Champions League knockout stages for the first time in four seasons. Gone are the days whereby these nights are the norm. 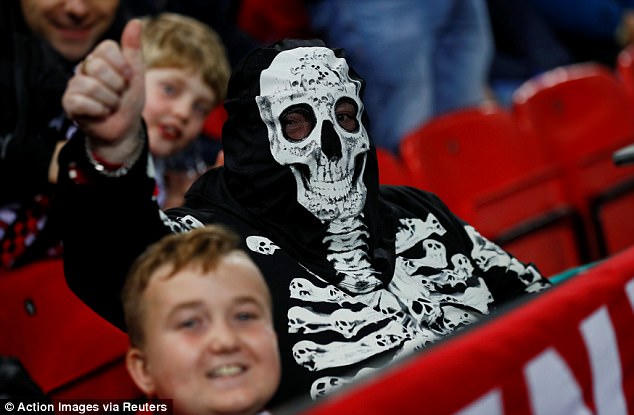 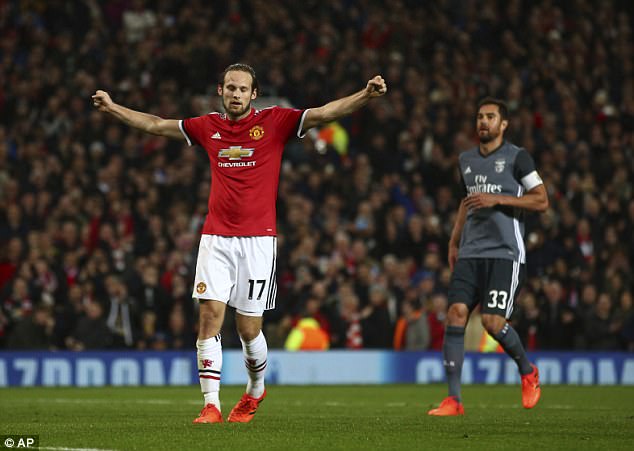 United won the Champions League match 2-0, with Daley Blind getting on the scoresheet

In that sense Mourinho may well have a point. United’s following are disengaged even though they have been served up better football than at any stage since Sir Alex Ferguson’s retirement. It is still not sparkling but a sure improvement and United remain a work in progress.

‘It seems the fans are just struggling to get themselves up for games at the moment,’ Paul Scholes argued.

The current landscape unquestionably has an impact on that. Mourinho has brought winning football back and that is definitely not routine post-2013. Supporters are beginning to get used to rolling teams over at home again and do not forget this place was not bouncing every time Ferguson led them out.

Mourinho had similar issues at Chelsea in 2014, claiming they were so quiet it felt Stamford Bridge was empty. We have not plunged to those depths; perhaps he is trying preventative tactics rather than reactionary this time.