‘The circus door is open’: Jose Mourinho says ‘FFP is truly dead’ as he lays into the ‘disgraceful’ decision to lift Man City’s European ban – which could cost his Tottenham team a Europa League place

UEFA initially handed City a European ban for breaching FFP regulations, but City appealed to the Court of Arbitration for Sport and subsequently had the ban taken away. A fine of €30m (£27m) handed to City was also reduced to €10m (£9m).

The Tottenham boss was perplexed with why City were fined £9m if they were ‘not guilty’ before suggesting that if they were guilty, then their ban from UEFA’s European competitions should be upheld.

‘In the case it’s a disgraceful decision because if City are not guilty of it then you are not punished with €10m,’ Mourinho said in Tuesday’s press conference.

‘If you’re not guilty you shouldn’t have a fine. If they are guilty the decision is also a disgrace and you should be banned from the competition.

‘I don’t know if Manchester City are guilty or not but either way it’s a disgraceful decision.’

When asked about the state of FFP and where that leaves Spurs, Mourinho insisted that he was happy with how the north London club operates but claimed ‘the circus door is open’ which will allow everyone to spend whatever they want.

‘Spurs is Spurs and I don’t think Spurs change this mentality and in this aspect it’s more than correct,’ he added. ‘I’m happy with the way we act here. I think it’s the end of financial fair play.’ 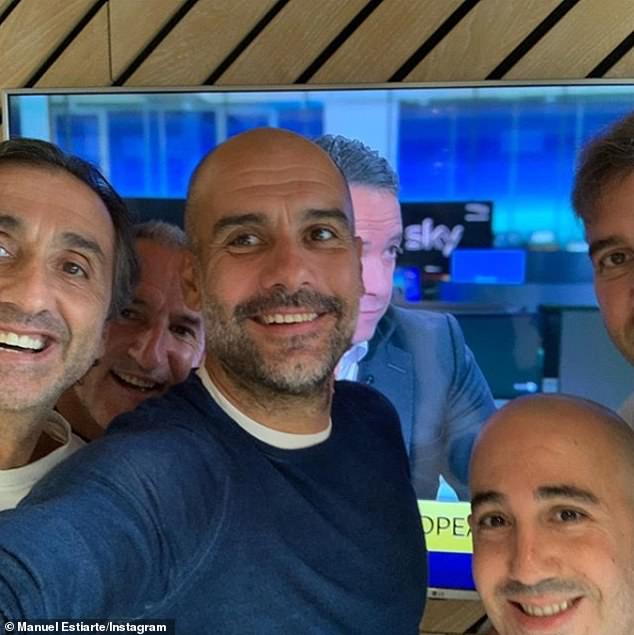