‘The game was won before it started’: Jose Mourinho reflects on Inter Milan’s Champions League triumph over Bayern Munich in 2010 and getting the better of Louis van Gaal

The San Siro outfit completed the domestic treble that season, winning Serie A, Coppa Italia and the Champions League, where they beat Bayern 2-0 at the Bernabeu in Madrid.

And Mourinho has since reflected on his former side’s triumph – discussing Louis van Gaal’s ego and knowing exactly how his opponents would play strategically. 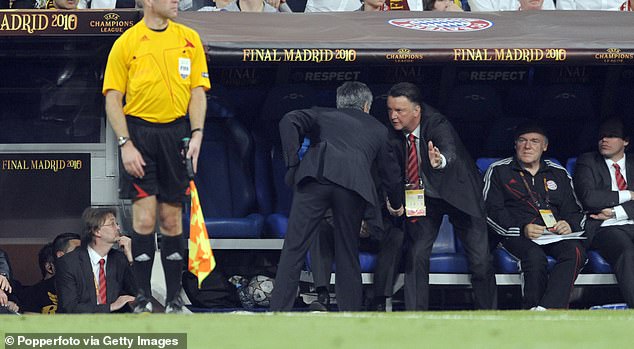 ‘We knew Bayern had a coach, whom I knew very well, and I knew that his own ego, his own self-esteem, would always lead him to play according to his ideas – and this, for me, was an advantage,’ Mourinho told DAZN.

‘I knew perfectly well that when they lost possession of the ball, it was a team with some weaknesses. On the other hand, there were top attacking players that needed to be stopped. And I think our great advantage in this game was precisely the strategic side.’

Mourinho added: ‘I think the game was won before it started. Not only for the emotional aspect, not only for the levels of confidence, of self-esteem, of empathy, of brotherhood that Inter had. But also for the way that, from a strategic point of view, we prepared for the game.’

Inter claimed Champions League glory thanks to a double from Diego Milito against the Bundesliga giants. 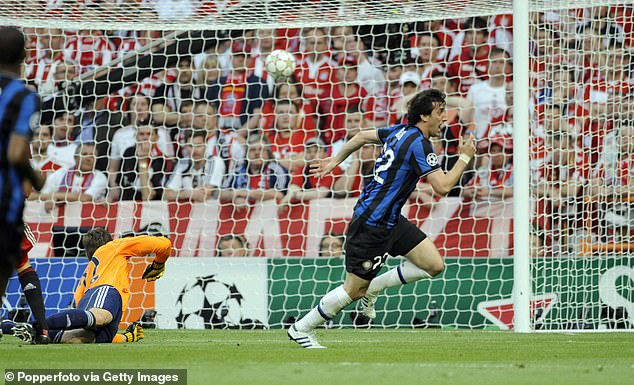