Jose Mourinho ordered his critics to take a vow of silence after pulling off a masterstroke substitution in Saturday’s 1-0 win against Tottenham at Old Trafford.

Mourinho, stung by the negative reaction to United’s recent bore draw against Liverpool, created more discontent among United fans when he took off Marcus Rashford after 70 goalless minutes.

But the Special One had the last laugh when replacement Anthony Martial grabbed the winner with 10 minutes left, and the manager celebrated at full-time by putting his finger to his lips in a gesture that told everyone “I know what I’m doing”. 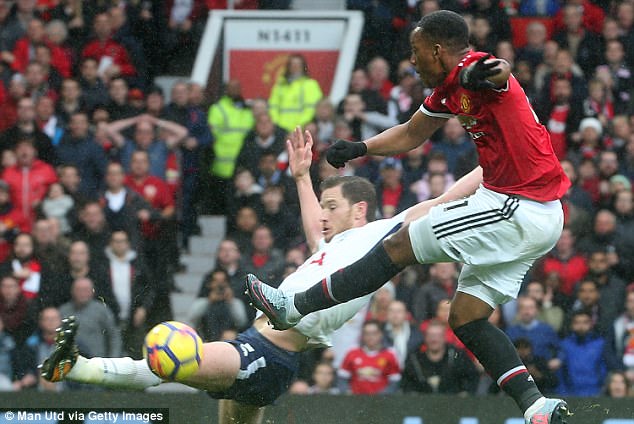 Asked what he meant by the signal, Mourinho retorted: ‘Calm down, relax a little bit. Don’t be so nervous, relax.

‘I don’t understand some reactions when people question “Are they Red Devils?” Our two strikers were up against amazing central defenders today, some of the best in Europe.

‘Martial plays the same position as Marcus but is more comfortable dropping in between the lines and driving with the ball as well as attacking space. I told him to do that when he came on and to play from Lukaku.

‘He was against three very good defenders but they’d had a hard match for 70 minutes.

‘Maybe it was a lucky shot but his desire was good and the goal gives us two more points than 0-0. It was deserved.’

United’s 1-0 win means they are now positioned to be Manchester City’s main Premier League title rivals this season. Martial’s arrival proved Tottenham’s undoing as they battled without the injured Harry Kane, and after Dele Alli had missed the visitor’s best chance, the Frenchman sped away to put away a flick from Romelu Lukaku. 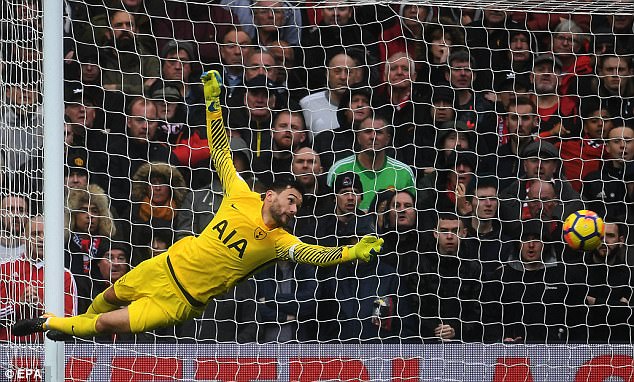 ‘I liked the performance and if the result had been a draw, my feelings would be the same,’ said Mourinho. ‘My players gave absolutely everything, every ball was like the most important one of their career. The focus and concentration was there against a quality team.

Apart from Dele Alli’s chance, we controlled them well. It was tactically difficult for both and it was well refereed. It was strong, aggressive. We all feel we have to win every match so that is why I am disappointed at Huddersfield (United lost 2-1 last weekend).

United haven’t conceded a Premier League goal this season at Old Trafford and their home form looks vital to keeping pace with their noisy neighbours.

Midfielder Nemanja Matic said: ‘Spurs had more of the ball in the first half but we had more chances than them. They play great football but it’s the result that matters in the end. If we continue like this we can challenge for the title.

‘It’s important to keep our record at home. The fans were great for 90 minutes. I hope we continue like this as these games are so important.’ 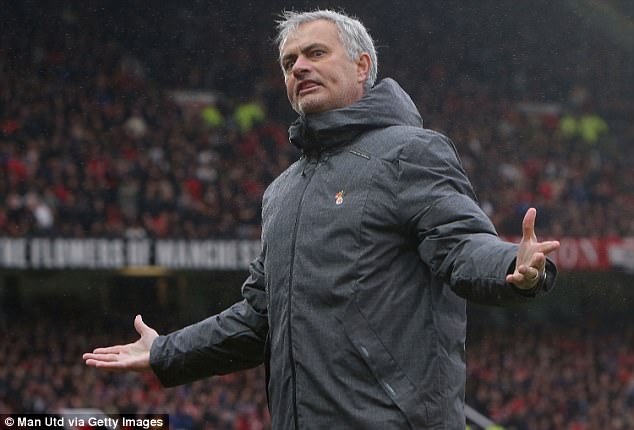