Jose Mourinho reacted in crazed fashion after Marouane Fellaini’s dramatic injury-time goal against Young Boys sent Manchester United through to the last 16 of the Champions League.

Mourinho kicked wildly at a tray of drinks bottles before picking it up and smashing it to the ground near the dug-out.

He had earlier come under fire for displaying his anger, sahking his head and throwing his arms around, when Marcus Rashford missed one of a number of chances. 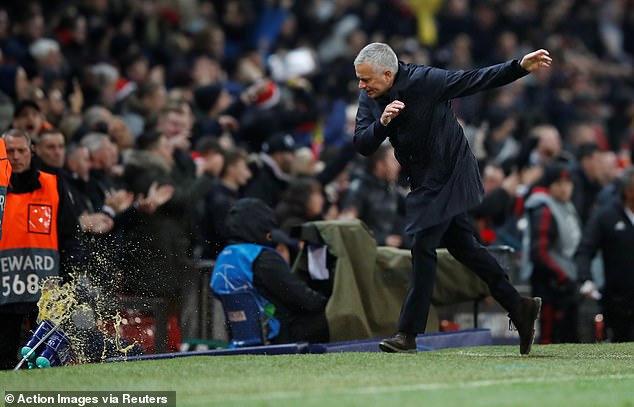 Gary Lineker said on BT Sport: ‘If I saw that reaction from my manager after missing a chance, I’d be absolutely livid.’

But under-fire Mourinho defended himself against his critics when he said: ‘I would invite those people to sit on the bench as managers. But I think maybe it’s better to have lots of holidays in Barbados and go to a television screen and touch the electronic dummies.’

The Portuguese, however, may face UEFA action fine after he angrily hurled a container of drinks bottles to the turf in frenzied celebration, sending fragments flying in all directions. 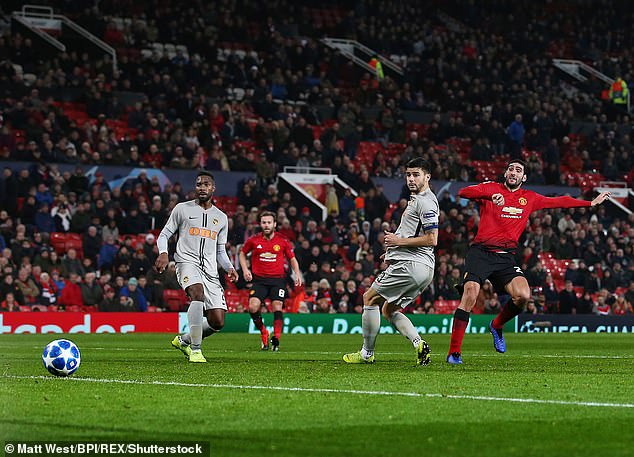 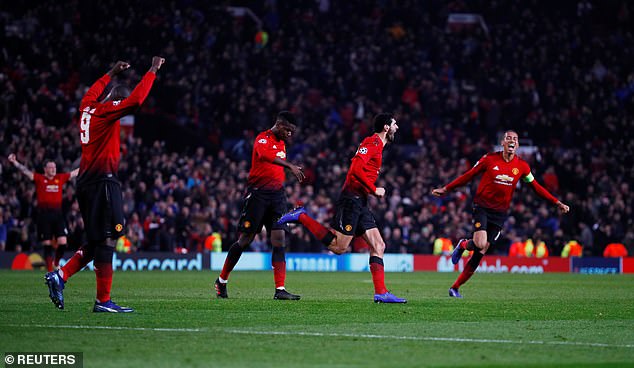 ‘Relief,’ said Mourinho when asked why he had launched the basket from above his head. ‘Frustration before that. I was not unhappy – I was frustrated we could not score.’

Former United star Paul Scholes branded the team’s display ‘awful’, despite their progression to the last 16 thanks to the narrow victory over the Swiss minnows. 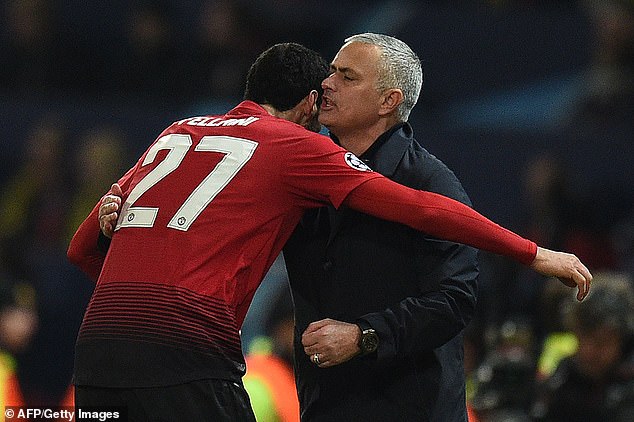 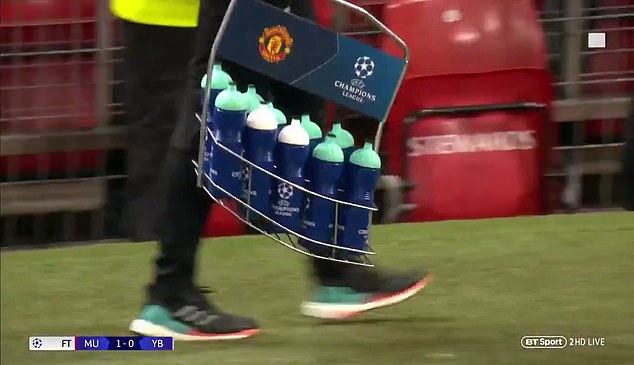 Mourinho has been in trouble for kicking water bottles before. The United boss was handed a one-match touchline ban by the FA in November last year after he booted one during a game against West Ham at Old Trafford. Mourinho did it again in March when he bunted a bottle into the crowd during a victory over Crystal Palace but that time escaped punishment.

United had laboured for long periods and were indebted to goalkeeper David de Gea, who pulled off a fine save to keep the scores level. De Gea is yet to sign a new deal and Mourinho is desperate to keep him. ‘He’s the best goalkeeper in the world,’ he said.

Defender Luke Shaw said: ‘Teams used to fear Old Trafford but now teams come and think they can get results. We need to bring the fear factor back to Old Trafford that not many fear at the moment.’ 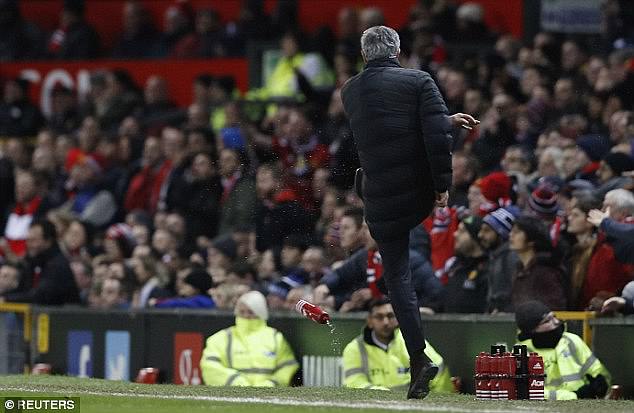 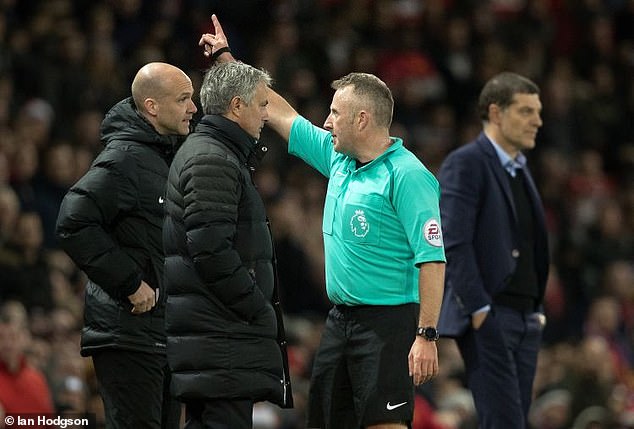