Jose Mourinho’s side hold an interest in the Austrian international, who would cost over £30million following a fine season at the London Stadium despite West Ham’s tough campaign.

And the Portuguese manager, attempting to keep a low profile wearing a baseball cap, was watching closely as the 29-year-old helped his country beat this summer’s World Cup hosts 1-0 at the Tivoli Stadium. Arnautovic played a key role in the hard-fought victory, teeing up Alessandro Schopf to score what proved to be the winner shortly before half-time.

The Hammers forward was played through on the right before cutting inside and picking out Schopf, who ran on to apply the finish from just inside the box.

United see Arnautovic as an impact player or an option from the left if Frenchman Anthony Martial pushes for the exit door in the transfer window. However, they are yet to make an enquiry for his services and West Ham do not wish to sell. 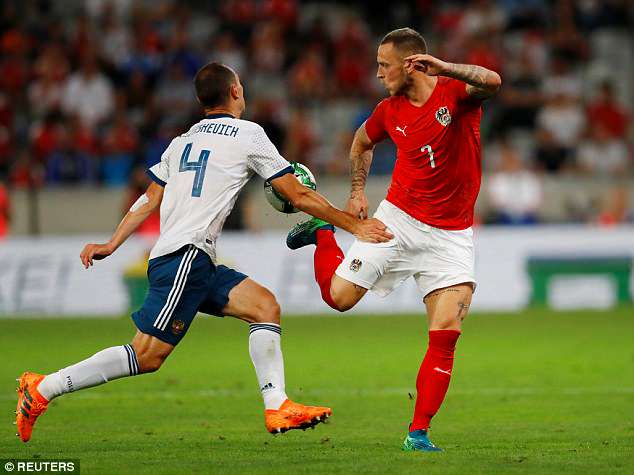 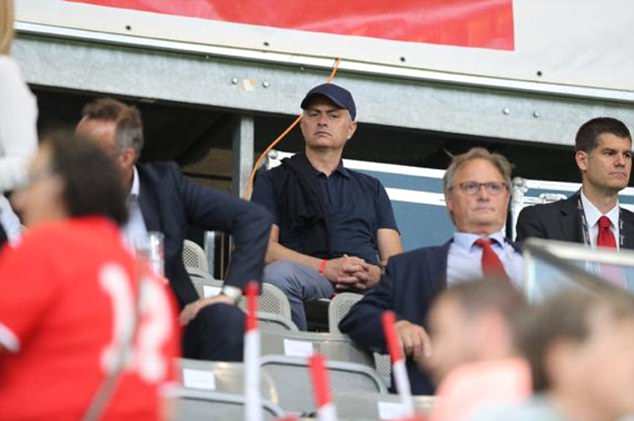 United’s interest in Arnautovic may come as a surprise but Mourinho knows the 29-year-old from his time at the San Siro with Inter Milan.

Arnautovic, who joined the Hammers last summer from Stoke, was the club’s stand-out performer in the Premier League this season.

The Austrian scored 11 goals and created six assists for his West Ham team-mates as they finished 13th in the top flight. 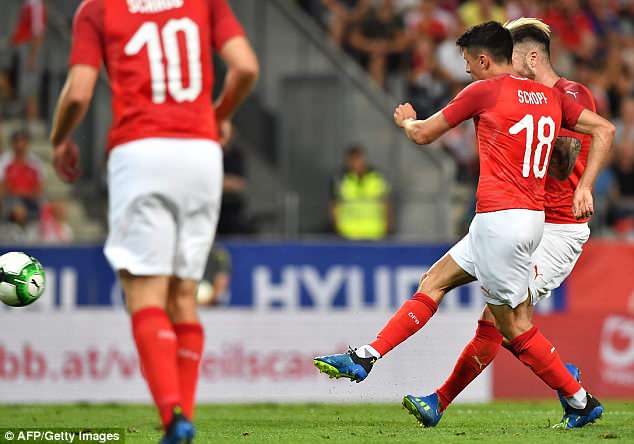 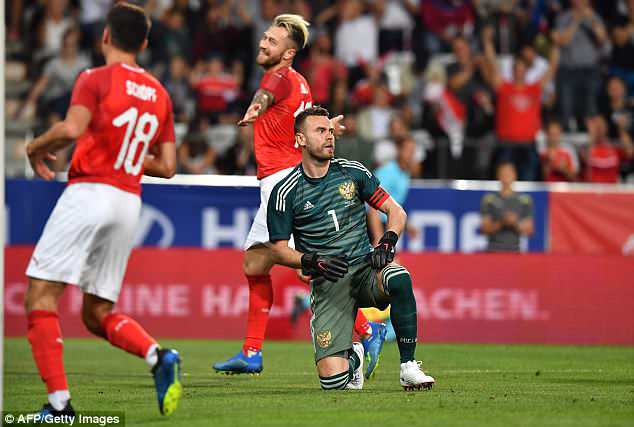