‘I think it is a personal thing’: Jose Mourinho vows not to betray Christian Eriksen’s trust by discussing private talks as Tottenham star is set to leave

Tottenham head coach Jose Mourinho has pledged not to break the trust of contract rebel Christian Eriksen by revealing the nature of their recent talks.

The Denmark international is understood to have told Mourinho of his plans to leave the club either at the end of his contract in the summer, or in January if he can be sold.

The Portuguese has previously said that the amount of minutes Eriksen gets will be determined by his long-term future, so the fact that Wednesday’s Champions League defeat at Bayern Munich was his first start points to an exit.

Mourinho, though, would not be drawn on exactly what Eriksen has told him.

‘I only know his contract ends at the end of the season and the conversations I have had with Christian are private conversations that I am not going to share,’ he said.

‘I think it is a personal thing. I am not going to share.

‘We have a very good relationship that started on day one. I am not going to betray that trust and relationship. 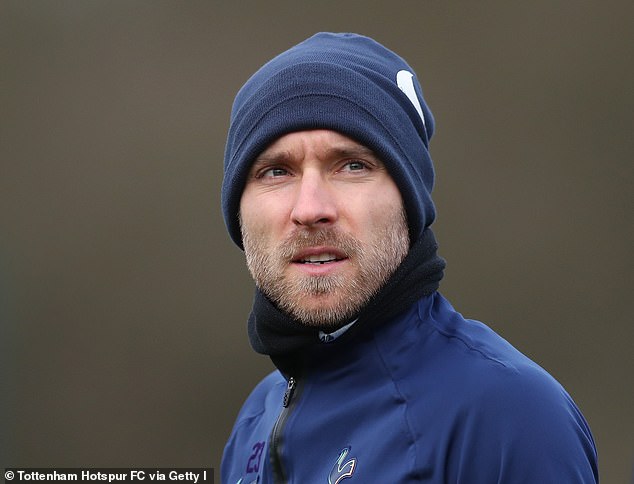 ‘It is up to Christian to tell anything he wants to or not.’

Eriksen’s chances of a move to a top European club have been hindered by a severe dip in form recently.

His relationship with fans has begun to suffer as a result, but Mourinho is standing by his man.

‘Every time I play him I think he shows clearly the quality he has and he tries to help the team when he’s on the pitch, which is an important thing for me, independent of his future,’ Mourinho said.

‘Every player has ups and downs and sometimes it’s not because of contracts, it’s because of other things. I really don’t feel comfortable to speak about his situation.

‘Is he a fantastic player? Of course he is but I cannot say more.’

Given Eriksen’s likely departure, Mourinho could do with Erik Lamela returning to fitness as soon as possible.

The Argentinian has not played since October 22 due to a hamstring injury and Mourinho has not even seen him in a training session.

However, he is nearing the end of his rehabilitation and the boss hopes Lamela will be back for the festive period.

‘Been out for two months… not one training session with me. Never,’ Mourinho said.

‘I’m still waiting for his first training session. Hopefully soon. I hope I can have him for Christmas.

‘When I say Christmas I’m not saying Chelsea on the 22nd. But I hope maybe the 28th, first of January.

‘I need him. If I am to play with more defensive players than I do and have only one or two attackers then I have two on the bench.

‘In this moment with Dele (Alli) and Son (Heung-min) and (Harry) Kane then we have not attacking players on the bench. So I need Lamela.’