Jose Mourinho wanted his players to follow him on foot after Manchester United’s coach got stuck in traffic – but security chiefs vetoed the request.

The Portuguese disembarked from the team bus and walked the half mile to Old Trafford ahead of Tuesday night’s Champions League fixture with Juventus as the travel chaos blighting United’s preparations continued.

Mourinho’s squad, however, remained on the vehicle, leaving the manager to traipse up to the stadium on his own. 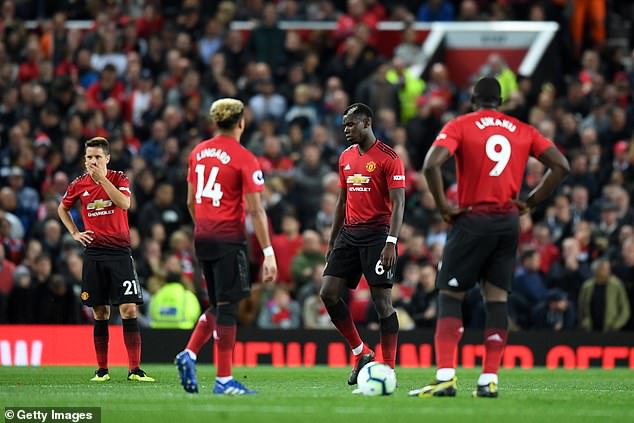 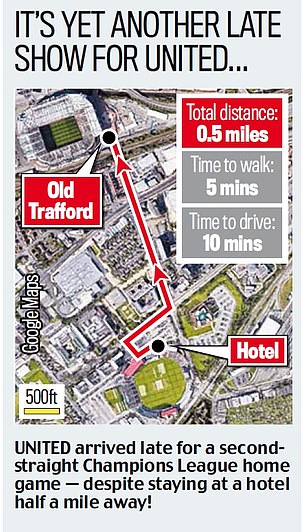 That prompted some to question the players’ support for their boss, but Sportsmail understands they had no option other than to remain on-board after security workers intervened, pointing out that they only had enough numbers available to safely escort the manager and not the rest of the squad.

As a result, Mourinho was the only one to walk the short distance through throngs of supporters.

Flanked by a burly member of security staff, the manager had no issues and arrived before the team bus for the fixture, which United lost 1-0.

The delay represented the second time United’s pre-match plans have been hit by traffic issues. The club was fined by Uefa for their previous European home match, against Valencia, after they were delayed making their way to the ground from their usual hotel, the Lowry, in Manchester city centre.

By choosing the Hilton Garden Inn, Mourinho’s men were far closer to the ground than before

In a bid to ensure they did not experience similar issues this week, United switched hotels to the Hilton Garden Inn, at nearby Lancashire County Cricket Club, but were again hit by the crippling traffic issues in Manchester and the surrounding area.

The Greater Manchester Mayor, Andy Burnham, has called for a review into the situation, while United officials are continuing to look at travel plans – although there is an acceptance that, aside from having the squad do their pre-match routine at the stadium itself, there is little they can do.

Sportsmail previously revealed that a group of disgruntled United players refused to carry out sponsorship activities at a monthly event on Friday afternoon in protest at the ongoing travel issues.