Jose Mourinho’s daughter Matilde has posted a heart-warming old photo of her father teaching her how to dive into a swimming pool.

The 21-year-old posted the image of her dad teaching Matilde and her brother Jose Jr how to leap into the water on Instagram.

Taken in 2004, the image shows the current Manchester United boss looking content as he shares a special moment with his children.

Mourinho took to his own Instagram account to respond to the picture and commented with a love heart.

It is not the first time the duo have shared photos of themselves on social media, with the pair also posing for a photo at Matilde’s 21st birthday celebrations back in November.

His daughter’s post will have been a welcome distraction from Mourinho’s current United woes after it emerged he is playing hardball with stars like Paul Pogba and Luke Shaw because he doesn’t think player power can get him the sack at Old Trafford. 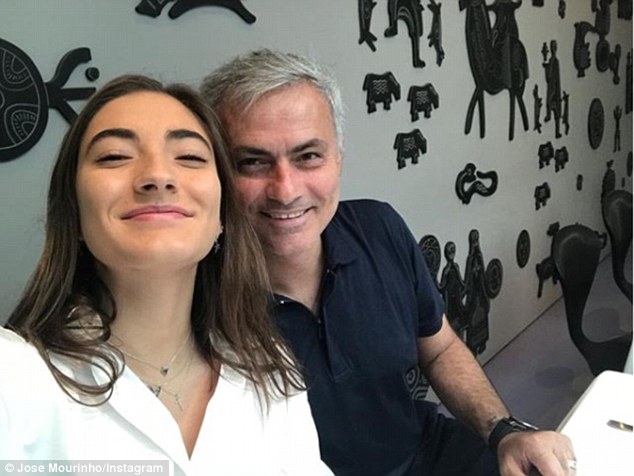 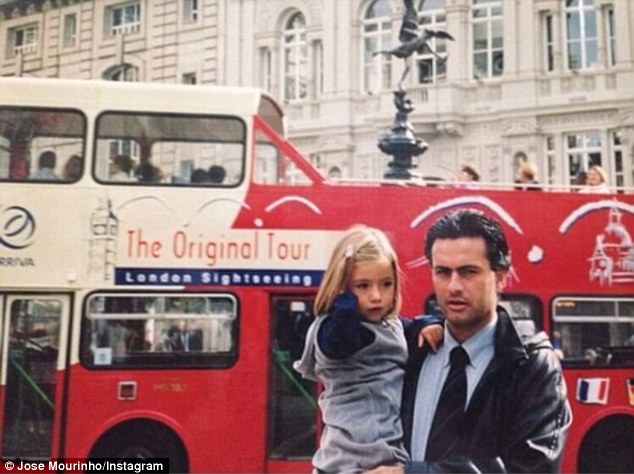 Bolstered by a new contract signed in January, Mourinho is convinced he has the full support of United’s executive vice-chairman Ed Woodward and the club’s board which means any dressing-room dissenters will be forced out before him.

Mourinho has gone to war with some of his players in the last few weeks. He has dropped £89million-man Pogba and hooked England defender Shaw at half-time against Brighton last weekend with the withering explanation: ‘I wanted to defend better.’

Pogba is believed to be fuming over his treatment and a clumsy attempt to interrupt Mourinho’s TV interview after their victory against Liverpool failed to amuse the manager.