Jose Reyes’ mistress was arrested outside family court in Long Island on Tuesday after getting into a fight with two strangers in a Starbucks parking lot.

In what was supposed to be the latest hearing in a years-long legal spat, the pair were both due in Nassau Family Court on Tuesday to fight over the $41,000-a-month Sanchez, an aspiring singer, is asking him for.

But before she could present her case in court, the mother-of-one lost her cool when two 20-somethings confronted her about her reckless driving in the Starbucks across the street.

One of the woman claimed Sanchez threw coffee on her car and whipped out a brass knuckle duster, threatening: ‘I am in a dress and heels and can still f–k you up!’

Sanchez’s lawyers denied their version of events, telling DailyMail.com exclusively late on Tuesday night that she was the ‘victim’ and by no means the ‘aggressor’.

According to the two women who she allegedly confronted, Sanchez pulled off one of her high heels and appeared ready to use it as a weapon.

The women claim they simply told her to ‘pay attention’ after watching her nearly take out two cars in the parking lot with her white Mercedes.

Sanchez was arrested for weapon possession and was taken to county jail.

Given that Reyes had also failed to show up for the appearance, claiming he did not know he was supposed to be there, it was canceled by the presiding judge.

Liann Schramm, 21, told Page Six that the woman flew towards them in a fury after they confronted her about her driving.

She admitted tossing her own coffee on Sanchez’s car after watching her pour her drink into one of their seats.

When she allegedly threatened them with violence, Schramm said she replied: ‘Really, you are going to fight me?’.

‘She was like, ‘You don’t know who you’re f***ing with. I have so much power,”” the woman continued. 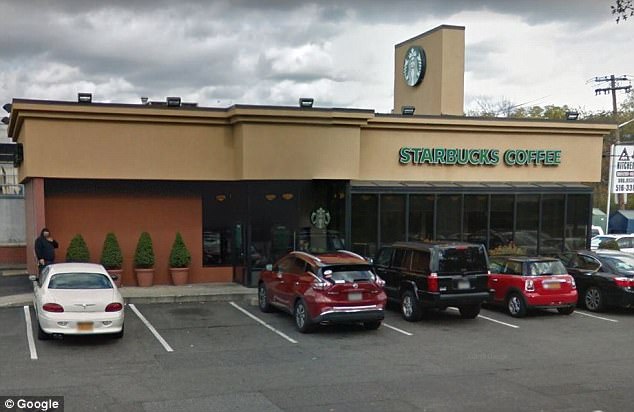 Sanchez is accused of pulling a knuckle duster on two women and threatening: ‘I can f*** you up’ after they criticized her driving in the parking lot of this Starbucks in Westbury, Long Island 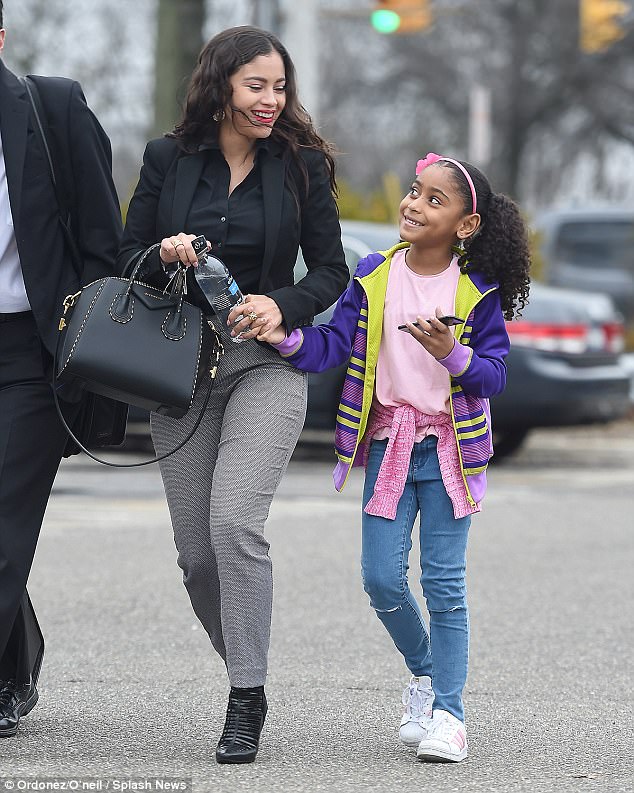 Sanchez was due in court to fight Reyes for $41,000 a month in child support to raise their daughter Liyah (above together at another hearing in April) 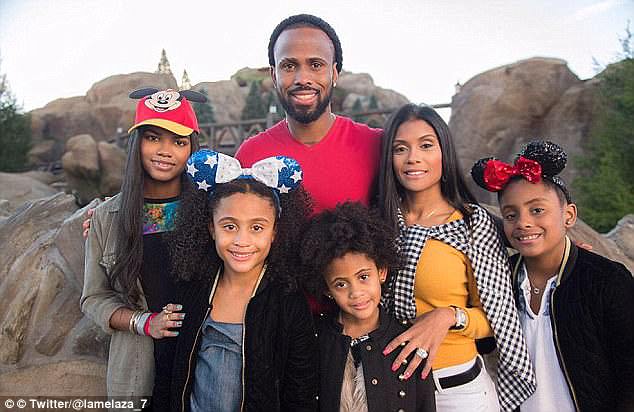 He told DailyMail.com his client was in the parking lot when the ‘enraged’ strangers began pounding on her car, ‘shouting threats and obscenities’. 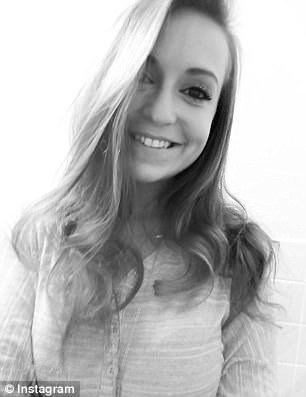 Liann Schramm, 21, claims Sanchez threatened her with her stiletto and ‘brass knuckles’

As she tussled with them, he was in court pleading with a judge not to throw out her appeal for more money from Reyes who had not shown up for the hearing.

‘My client was in no way the aggressor – she is the victim and she looks forward to seeing the truth come out in court.’

He said she was ‘dismayed’ by the misdemeanor weapons possession charge and confirmed that she had been released from custody.

‘Certainly, it was a strange day, but we are on track.

‘This case has always been and remains only about getting what this child deserves – the full and proper support that she is entitled to under the law.’

Sanchez came forward in 2015, claiming 34-year-old Reyes, who is married and has four children with his wife Katherine, had reduced his child support payments to her.

She’d kept their daughter secret since 2008 when,  after reading in the press that the baseball star was married, she called off their illicit affair. She discovered she was pregnant with Liyah a month later.

Reyes agreed to pay her $11,000 a month in child support and asked her to keep quiet, she claimed. 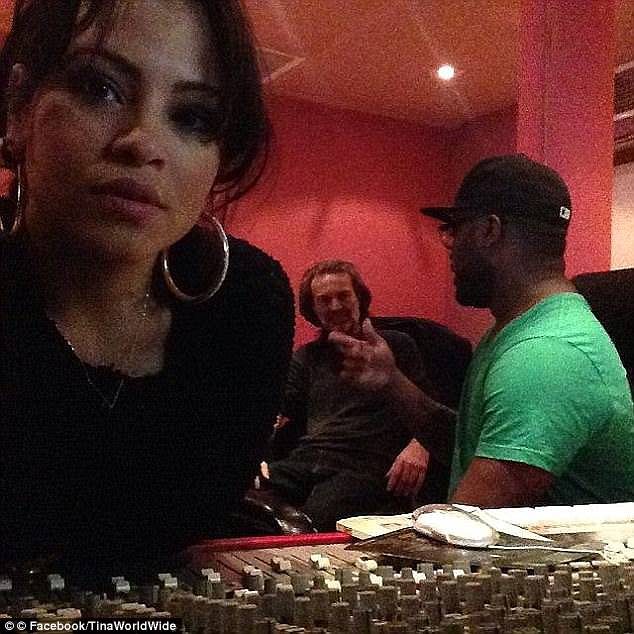 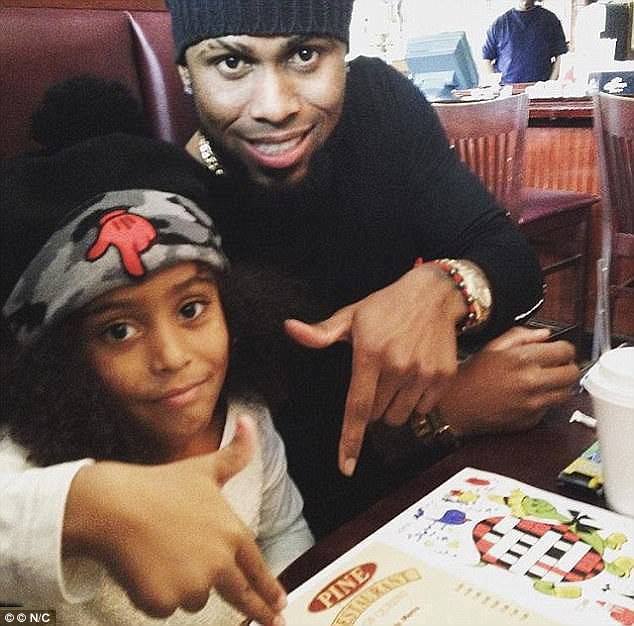 Reyes paid $11,000 a month in child support but in 2015, reduced his payments when his wife discovered the affair and found out about Liyah. Sanchez has since been trying to get him to spend more time with the eight-year-old (above together last year) 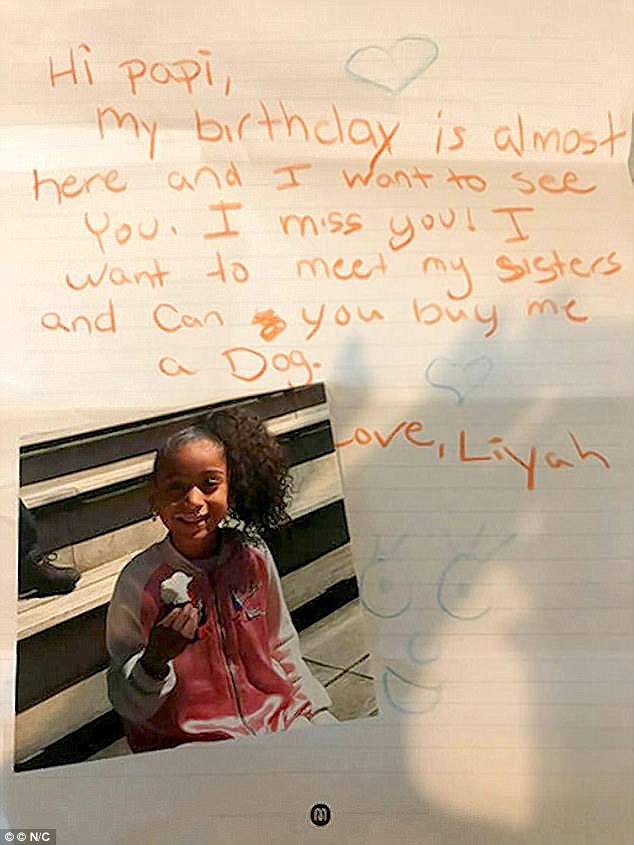 In court earlier this yea,r Sanchez used this letter written by her daughter as apparent evidence of Reyes’ lack of commitment to her

In 2015, their arrangement came to an abrupt halt when Katherine, Reyes’s wife, discovered their history and their daughter.

Sanchez filed a lawsuit claiming that he was no longer paying the child support they’d agreed on and the whole affair became public.

Since then, she has increased her demands to include $41,000 a month in child support from the star.

In April, a judge threw out Sancez’s demand for $41,000 monthly payments and told her to make do with the previously agreed amount of $11,000 a month.

She appealed and the issue returned to court. In June, she was thrown out of one hearing after lashing out at his attorneys.

‘He’s a terrible father. He abandoned our child. He refuses to talk to her or see her,’ she screamed. 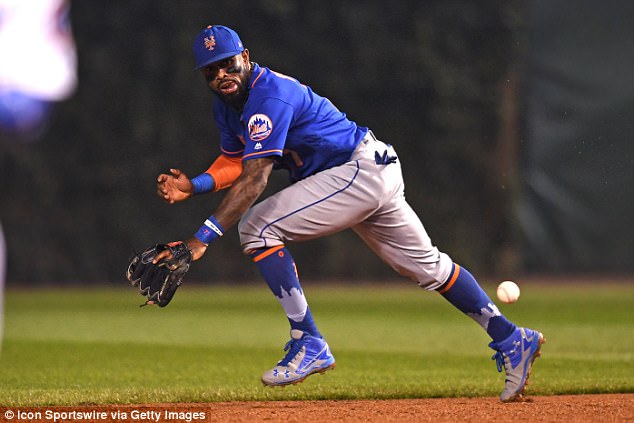 Reyes is an infielder for the Mets. He has earned millions from his baseball career

She had just shown the court a letter from Liyah that was addressed the sports star, begging him to see her and buy her a dog for her birthday. 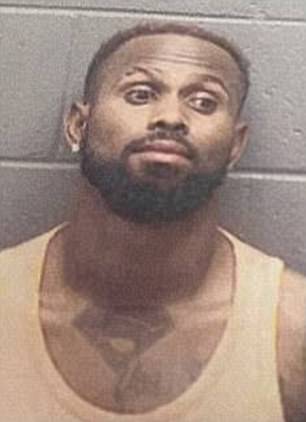 Reyes was arrested  in 2016 for domestic violence against his wife but the charges were dropped when she refused to cooperate as a witness. His mugshot is shown

After Sanchez’s arrest on Tuesday, a judge set the next hearing date for December.

Reyes must appear in court in December for the next stage of proceedings.

Under his current contract with the Mets, he earns $535,000 from his salary. He is still however owed almost $41million from the Colorado Rockies who cut his deal with them short in 2016 following his arrest for domestic violence.

He was on vacation with his wife in Hawaii in February 2016 when he allegedly attacked her.

Though he was charged, prosecutors in Maui could not move forward with the case because Katherine Reyes would not testify against him.

In 2016, his estimated net worth was put at around $65million based on his previous contracts with the Miami Marlins and the Toronto Blue Jays. 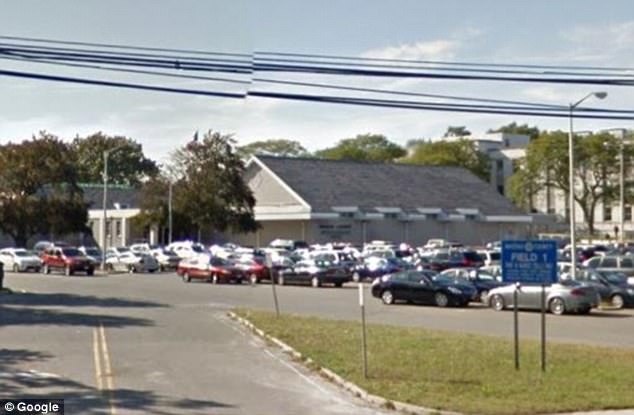