Cheeky Kangaroos star Josh Addo-Carr was at his mischievous best in Australia’s 64-14 win over Papua New Guinea (PNG) on Sunday night, pranking a security guard as he ran out onto Suncorp Stadium.

It came before a touching moment between Prime Minister Anthony Albanese and 11-year-old Queenslander Quaden Bayles, who came into the public consciousness in a viral video about being bullied for his dwarfism.

The Kangaroos took on the PNG Kumuls for the annual Prime Minister’s XIII match, with the hosts running with it after scoring six tries in the opening 30 minutes.

Prior to the game, Addo-Carr, aptly nicknamed ‘The Fox’, tapped a security guard on the opposite shoulder as he ran past in the good old ‘made you look’ prank.

It sent social media fans into stitches, with many lauding him as ‘one of the great characters of the game.’

‘Fox at his finest,’ one wrote, while another called him the ‘funniest guy in the NRL.’

Not only did Addo-Carr play a prank and score a try in the 50-point drubbing – he even had a conversion attempt.

While the the ball sailed well wide of the uprights and was never any real danger of going on the scoresheet, Addo-Carr could see the funny side.

‘Lucky it doesn’t go on the resume … the boys on the sideline said ‘Josh go kick, we’ll be heading off for it’ … I s**t myself,’ he laughed to ABC Sport after the game. 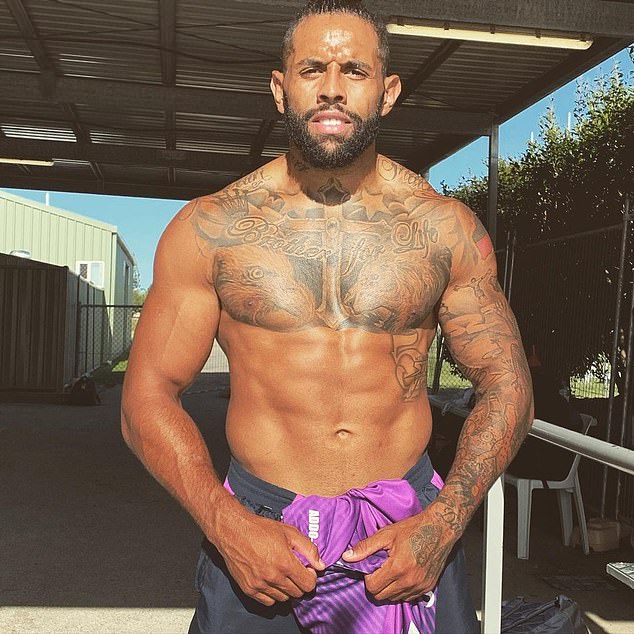 Josh Addo-Carr made his representative return on Sunday, scoring one try in Australia’s 50-point win over PNG

Anthony Albanese was present for the game that bears his title, and in addition to performing ceremonial duties pre-match, he also walked around afterwards and met a variety of footy fans.

One of those was Bayles, an 11-year-old Queensland boy who went viral around the world after his mother, Yarraka, posted a heartbreaking video of her son after he was mercilessly bullied at school.

He’s since been cast in two movies, and is set to have a small role in the upcoming Mad Max movie Furiosa, which is being filmed in Broken Hill. 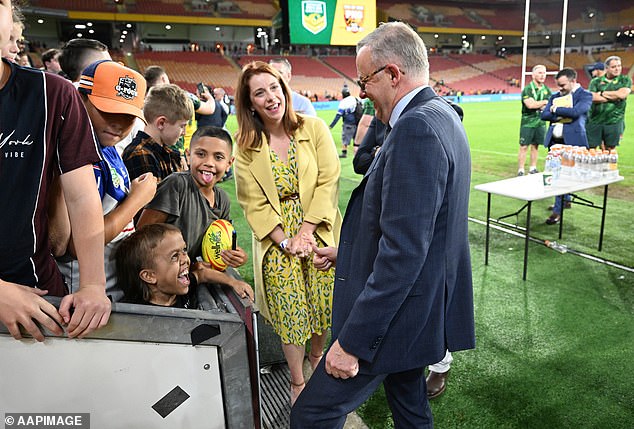 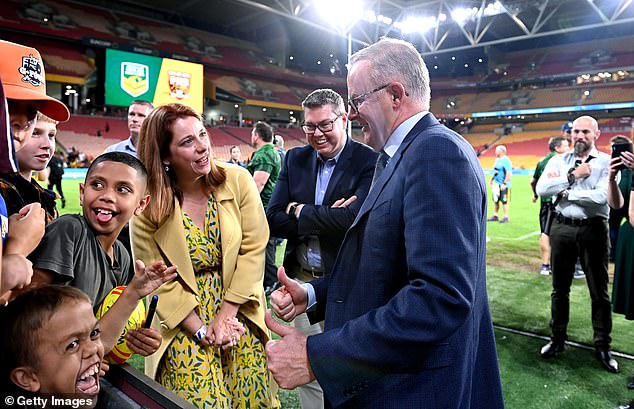 Albanese gives the thumbs up to Bayle, who appeared to be very excited about meeting the Prime Minister

In photos of the touching scene, Bayles can be seen with a huge smile on his face as Albanese bends down to talk to him and shake his hand.

No doubt Albanese and Bayles, both mad-keen rugby league supporters, would have been stoked with the dominant display by the Kangaroos in Brisbane.

Skipper Daly Cherry-Evans made a statement about how much he wants to wear the number seven jersey at the upcoming World Cup, having a hand in three of the opening four tries.

The Kumuls fought bravely, and were made up of 19 players from the Queensland Cup and one, winger Leon Undupia, from the Digicel Cup in PNG – but they were no match for the green and gold. 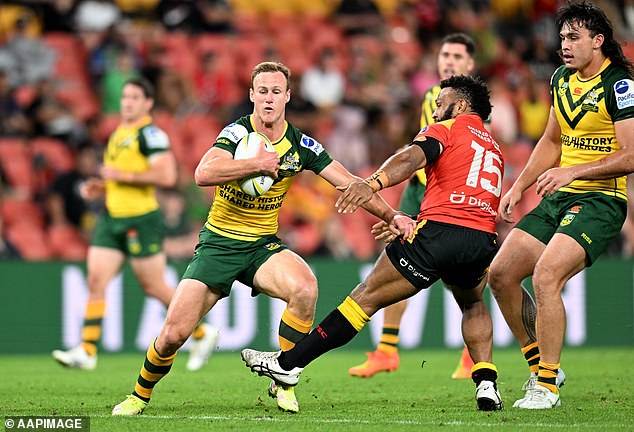 Prop Tino Fa’asuamaleaui was destructive through the middle, as he was all year for the Gold Coast Titans. Hooker Ben Hunt also had touches of class to make his claim for the hotly contested number nine jersey at the World Cup.

Rising star Selwyn Cobbo played centre, rather than his usual wing position for the Brisbane Broncos, and had an outstanding match in a two-try display.

He handled the positional switch with class and looked a real danger inside winger Addo-Carr.

PNG fullback Edene Gebbie, once signed to South Sydney, was a constant threat for the visitors and scored a nice try on the cusp of half-time to cut Australia’s lead to 38-4 at the break. 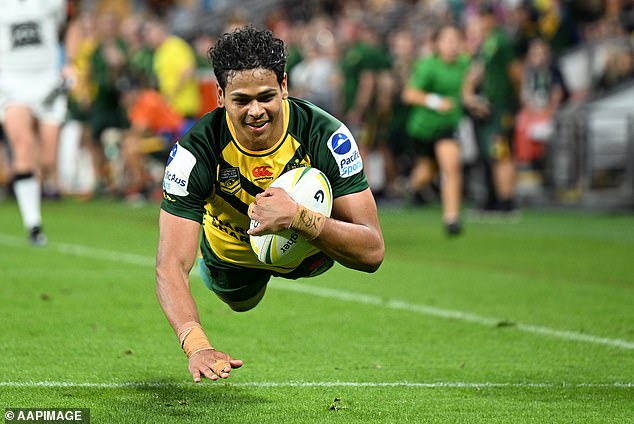 The Kumuls dominated the early stages of the second half physically and on the scoreboard, with two early tries as the Kangaroos clocked off.

Meninga then sent Cherry-Evans, hooker Ben Hunt and Fa’asuamaleaui back out to provide guidance and leadership and they delivered, guiding the Kangaroos to a blow-out 50-point victory.

The Kangaroos will kick-off their World Cup campaign on October 15 in Leeds, UK, when they take on Fiji – and there are still plenty of spots up for grabs in Mal Meninga’s All-Star team.