Josh Brolin, 54, shares a shirtless mirror selfie showing off his toned physique after training for Dune: Part Two: ‘Dune did it’

Josh Brolin showed off his strapping chest in a bathroom mirror selfie posted to Instragram on Friday.

The actor, 54, attributed his toned chest and incredible shape to the recent training and filming he’s done for Dune: Part Two.

The son of iconic actor James Brolin captioned the eye-popping image, ‘Dune did it.’

Hot stuff: Josh Brolin showed off his very toned chest in a mirror selfie, crediting his training for the new Dune film

In the photo, the Marvel star had his chest on full display and was wearing a tight pair of black biker shorts.

The actor also threw up the ‘hang lose’ sign on one hand while holding up his phone in the other.

He sported a grey mustache and goatee as well as long hair, also streaked with grey.

The comments section was flooded with supportive words for the actor from fellow celebrities and fans. A comment from The Rock, said: ‘U sexy muscly MF.’ 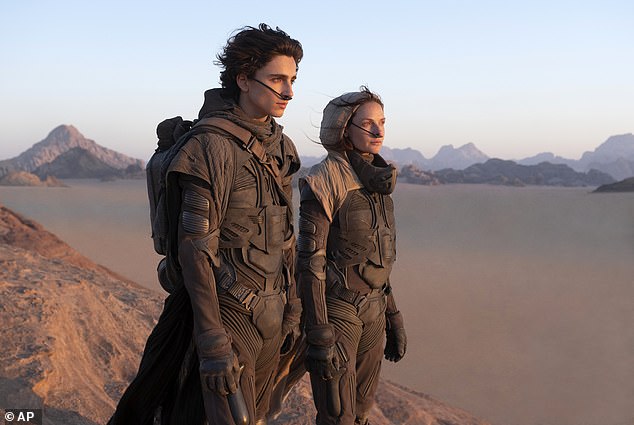 Back to the desert: The actor returned to the Dune franchise to reprise his role from the first film

Brolin joined in the second installment of the Dune franchise, Dune: Part Two, to reprise his role as Gurney Halleck from the previous film.

Dune: Part One, which starred Timothée Chalamet in the lead role of Paul Atreides, followed a boy who traveled to a dangerous planet to ensure the future of his family and his people. 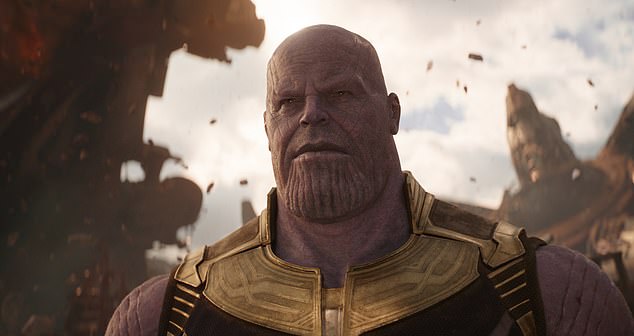 He also starred in films like The Goonies, True Grit, No Country for Old Men, and Sicario. 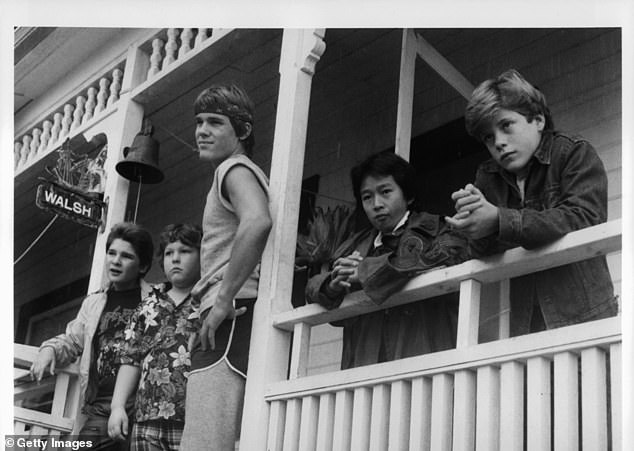 Flashback: The actor made his film debut in the 1985 adventure classic The Goonies