Troubled NRL star Josh Dugan has announced his retirement in a controversial Instagram post mere minutes after his contract was officially torn up for allegedly flouting Sydney’s lockdown rules.

Josh Dugan’s biosecurity breach – where he allegedly travelled 150km from his Sydney home to a friend’s house – sealed his fate as the Cronulla Sharks confirmed on Friday they had cut ties with the off-contract star.

After 13 seasons and 215 NRL games, the former NSW Blues and Kangaroos star took to social media just 15 minutes after the news broke to announce his retirement from the sport.

But he failed to mention why his retirement came so suddenly, two months before his official contract ends. 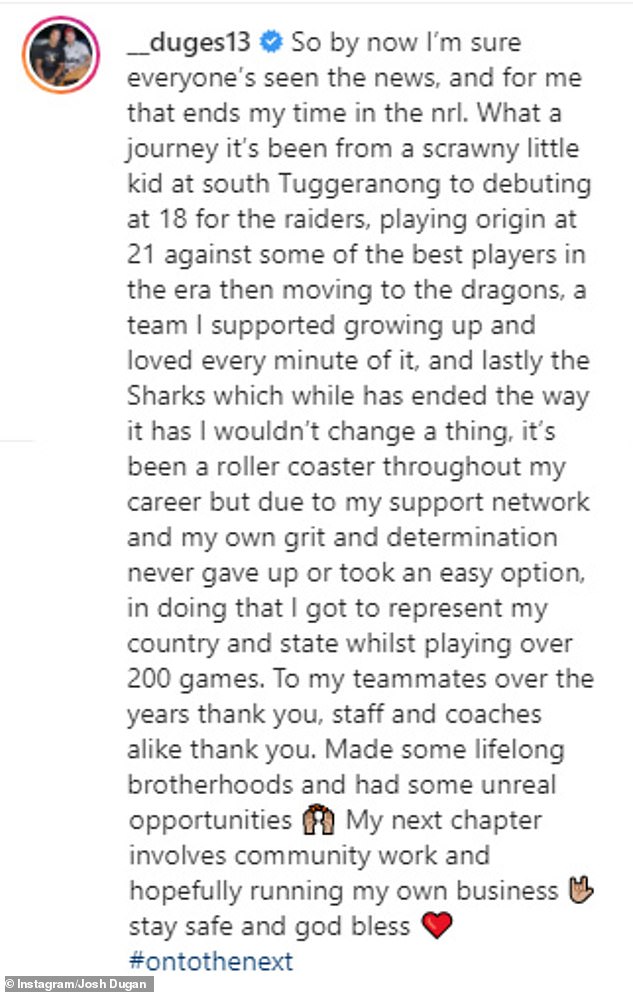 ‘So by now I’m sure everyone’s seen the news and for me that ends my time in the NRL,’ Dugan said.

‘What a journey it’s been from a scrawny little kid at south Tuggeranong to debuting at 18 for the Raiders (and) playing Origin at 21 against some of the best players in the era.

‘Then moving to the Dragons, a team I supported growing up and loved every minute of it, and lastly the Sharks.’

Dugan said while it was disappointing his career had ended abruptly, he wouldn’t change a thing about the ‘rollercoaster’ ride.

‘But due to my support network and my own grit and determination I never gave up or took an easy option, in doing that I got to represent my country and state whilst playing over 200 games,’ he added.

Dugan finished the post by summarising what he plans to do with his free time in the future, now that he has played his last game in the NRL.

‘My next chapter involves community work and hopefully running my own business. Stay safe and god bless.’ 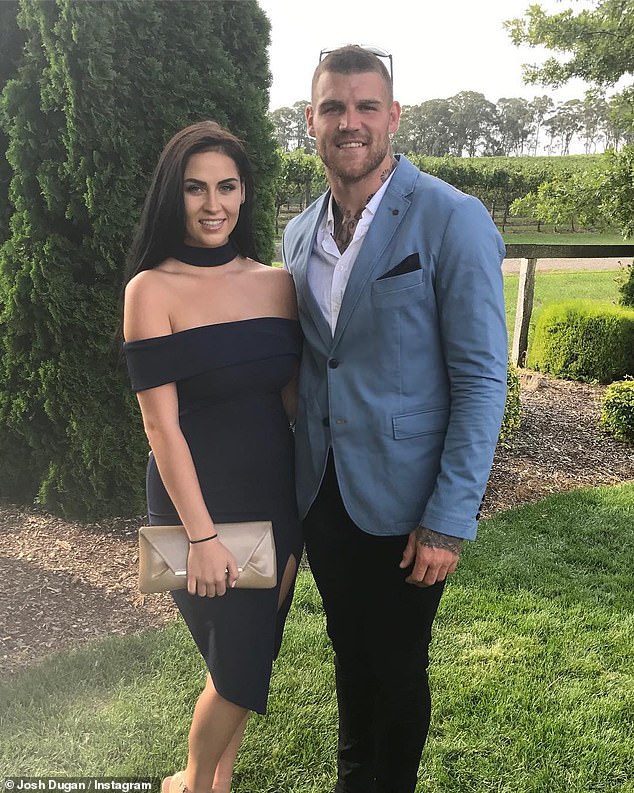 Dugan said now that he has hung up his footy boots, he will turn his focus to community work and running his own business (pictured with partner Jordan Danielle)

One of the best ball-running fullbacks in the NRL when at his peak at Canberra and St George Illawarra, Dugan played 12 State of Origins for NSW and as many Tests for Australia.

But his career will also be remembered for a number of off-field dramas early in his Raiders days, before fighting hard to remain fit and keep his career alive in his latter years.

That fight ended this season when he breached the NRL bubble in June, didn’t go to the Sharks’ Queensland hub and was then charged with breaking NSW Public Health orders last month.

It prompted Dugan to agree to the Sharks ending his contract on Friday, costing him the last two months of his $850,000-a-year salary.

It means he will pay a price in excess of $200,000 for his two breaches when factoring in NRL and club sanctions along with the lost wages.

‘The Sharks have terminated the contract of Josh Dugan following a second Apollo protocols breach,’ the Sharks said in a statement. 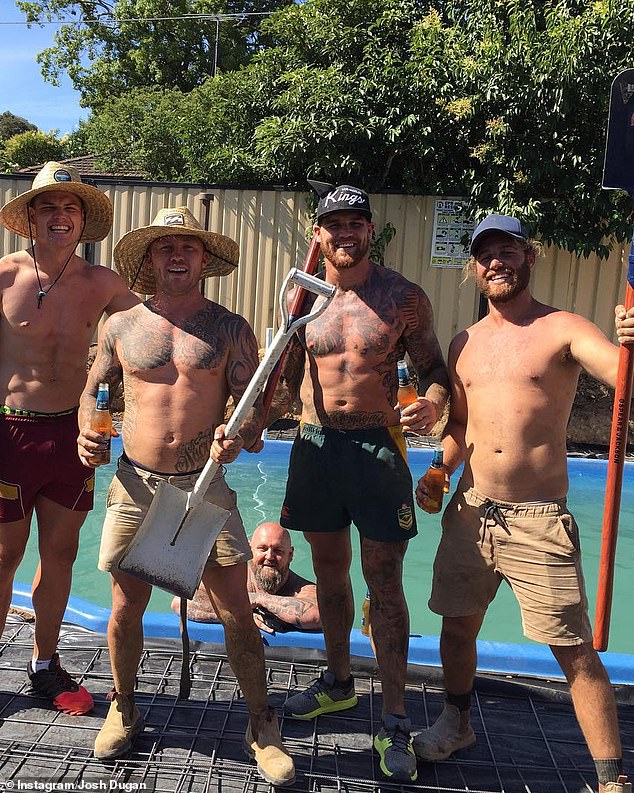 ‘The decision was made after a review and internal hearing process, with the club and Josh’s management mutually agreeing to the immediate termination.’

Dugan has still to face Lithgow Local Court on October 7 after being charged with breaking public health orders for the second of the breaches last month.

Dugan and a friend had been pulled over twice in the state’s central west and ordered to return home.

Police at the time alleged the pair told them they were moving to the area and were going to feed animals before saying they were visiting a friend. 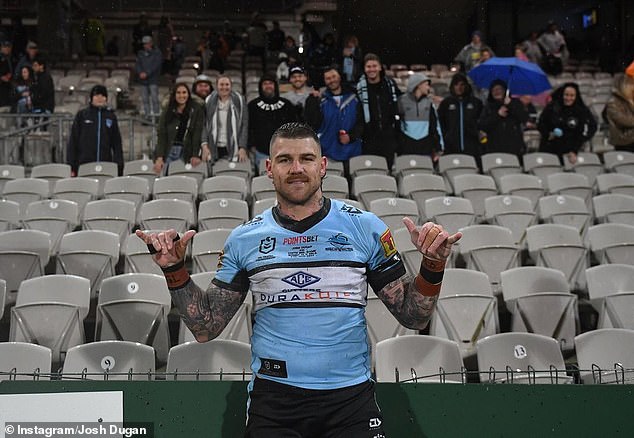