Josh Frydenberg, a ferociously ambitious Jewish would-be tennis sensation, has long been hell-bent on achieving excellence in all facets of his professional life.

Now, he is one step closer to his ultimate goal of leading the country, having been elected to become deputy and treasurer to Prime Minister Scott Morrison on Friday.

The former Environment and Energy Minister set his sights firmly on Canberra when he realised at age 22 he had slim chance of making it big on the world tennis circuit.

The now 47-year-old, who peers labelled unapologetically determined, was born to two Jewish immigrants and grew up in the the wealthy Melbourne suburb of Kew, Sydney Morning Herald reported.

Frydenberg, who once defeated Mark Philippoussis in a doubles match, has become known for his ‘work ethic, relentless drive and memory for detail’ around parliament.

But aged 15 he told his parents he wanted to leave school to pursue professional tennis – they forbade him dropping out and said he could once he graduated year 12.

He went to school at Bialik College and Mount Scopus Memorial College in Melbourne, before taking a gap year and studying at Monash University.

Graduating with an economics and law degree with honours, it could be said one of Frydenberg’s biggest issues was his busy mind, as he reportedly suffered from chronic insomnia.

After a short stint at law firm Mallesons Stephens Jacques, he won both a Fulbright scholarship to Yale and a Commonwealth scholarship to Oxford, opting to accept the latter. 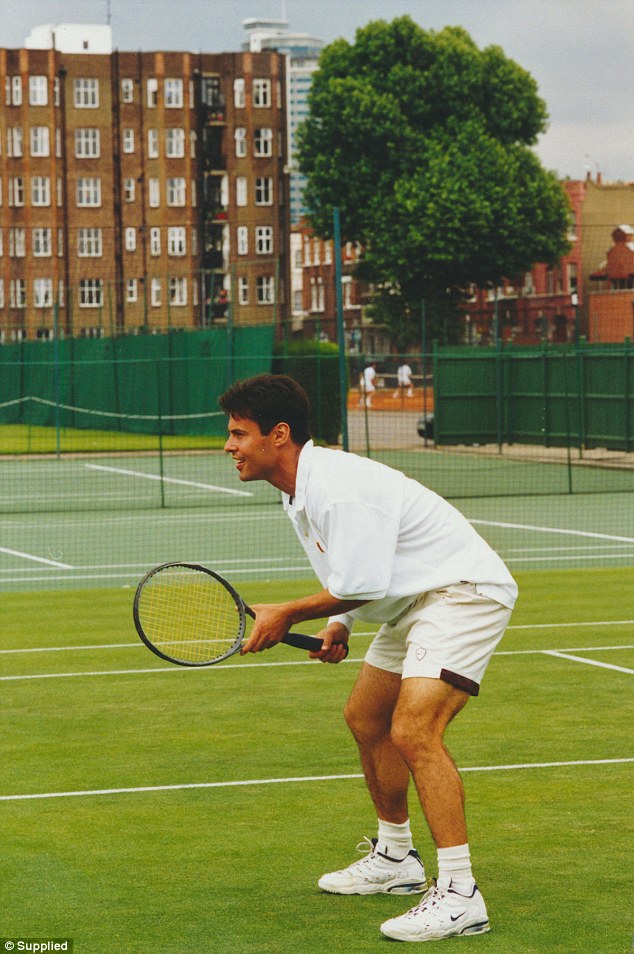 Malcolmn Turnbull last year described him as ‘enormously bright’, and ‘very persuasive and charming’, saying he combined ‘a big brain and work ethic’.

His mother, Erica, is a psychologist born in Hungary and through a displaced persons camp, arrived in Australia as a young girl.

Her husband, Harry, is a surgeon who was born to Polish parents and left their homeland during rising anti-Semitism prior to World War II.

Several members of Frydenberg’s family were killed in the Holocaust, and his great aunt has her Auschwitz prisoner number tattooed on her arm.

The traditional family Shabbat dinner on a Friday night has been a ritual for which Frydenberg always aimed to be home for, now inclusive of his wife, Amie’s, family too.

The family stays in touch and up to date with Frydenber’s antics via WhatsApp, in which his father would refer to his son as ‘darling’. 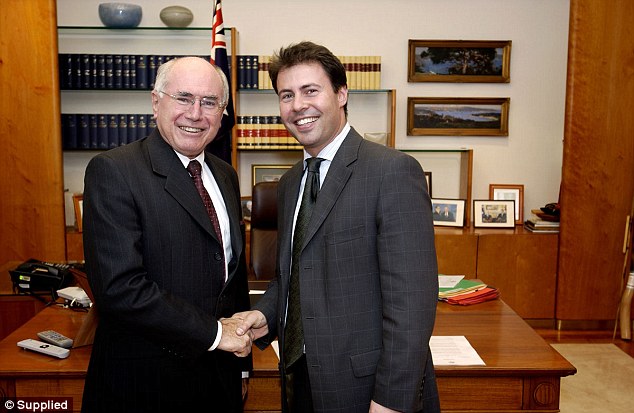 Following a stint in John Howards office as a senior adviser, a 33-year-old Frydenberg (pictured with Mr Howard) left Canberra for the country

When he met Amie, an employment lawyer, while at a Melbourne bar in 2008, Frydenberg failed to make a lasting impression.

It wasn’t until he called her at work, a call she had on the clock because she thought he was ringing for legal advice, that the two planned a date and hit it off.

Amie fell for the way Frydenberg spoke about his family as they chatted over dinner at an Italian restaurant in St Kilda: ‘Nothing means more to him in the world’ she said.

Following a stint in John Howard’s office as a senior adviser, a 33-year-old Frydenberg left Canberra in 2004 for the country.

He became a junior jackaroo on Commonwealth Hill sheep station in South Australia’s north – at the time citing exhaustion for his desire to make the dramatic sea change. 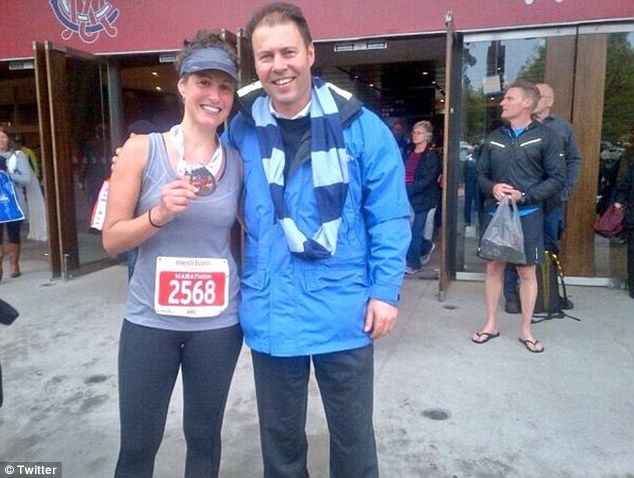 When he met Amie (pictured together), an employment lawyer, while at a Melbourne bar in 2008, Frydenberg failed to make a lasting impression, but later called her up at work 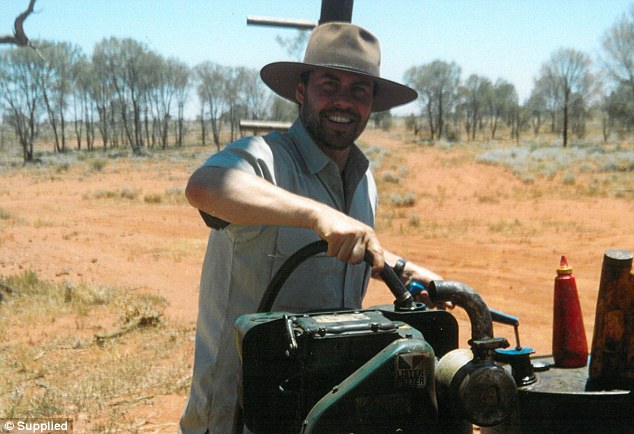 After moving back to the city and working for investment bank Deutsche, and completing a masters in public administration at Harvard, he claimed the inner-city Melbourne seat of Kooyong in 2009.

In 2013, Tony Abbott appointed him to the front bench as parliamentary secretary to the prime minister, and a year later, he was assistant treasurer.

Turnbull then appointed him minister for resources, energy and northern Australia, then less than a year later gave him the environment and energy portfolio.

From ages 14 to 22, Frydenberg was completely consumed by tennis, stating while at university during that time, his focus was on his sport rather than study. 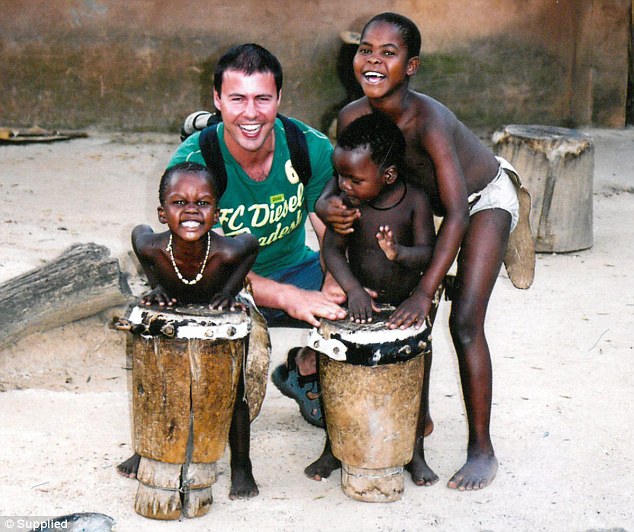 He went to school at Bialik College and Mount Scopus Memorial College in Melbourne, before taking a gap year and studying at Monash Univeristy (pictured on gap year)

Even now, becoming prime minister pales in comparison to achieving the dream he had as a young adult.

‘I would still rather be in Roger Federer’s position than be prime minister of Australia,’ he said.

‘I mean, I love tennis! It’s one on one and it’s a mind game as well. It’s a battle of endurance over three sets. If you have a bad patch, you can pick yourself up and claw your way back.’

Frydenberg’s Friday promotion made him the first Jewish Liberal deputy prime minister in the history of Australian politics. 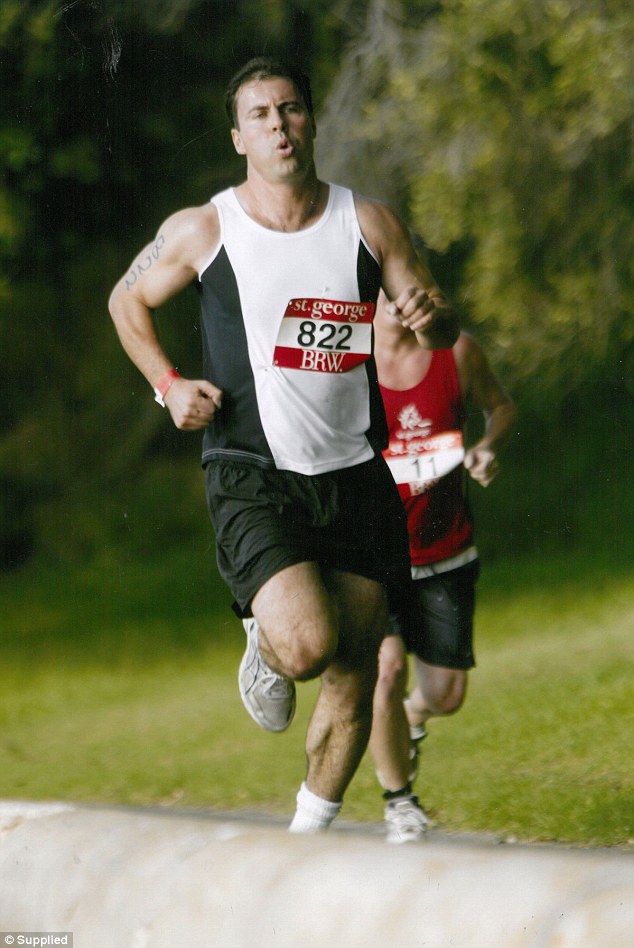 Even now, becoming prime ministers pales in comparison to achieving the dream he had as a young adult – being the best tennis player in the world (pictured competing in charity run)