Treasurer Josh Frydenberg has slammed the World Health Organisation for saying that wet markets in China should not be shut down.

Scientists believe coronavirus spread around the world after passing from animals to humans in a market in Wuhan, China last year.

But more than 90 per cent of the stalls at Wuhan’s biggest wet market have resumed business after the lockdown was lifted in the coronavirus epicentre.

The WHO said in a statement that wet markets should not be allowed to sell illegal wildlife for food and authorities should enforce food safety and hygiene regulations.

But it said ‘wet markets and other food markets do not need to be closed down’ because they provide food and income for millions of people.

Prime Minister Scott Morrison said that ruling was ‘unfathomable’ and now Mr Frydenberg has echoed him.

He told reporters in Canberra on Wednesday: ‘I mean, it’s unbelievable – it’s extraordinary that the World Health Organization sees it fit for these wet markets to continue in China.’ 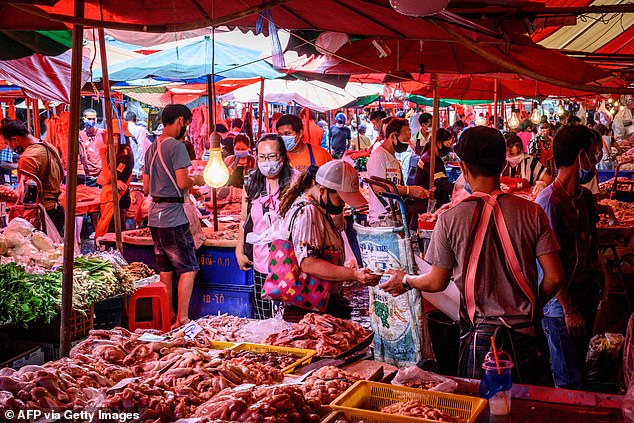 The WHO said in a statement that wet markets should not be allowed to sell illegal wildlife for food. Pictured: A wet market in Bangkok

More than 3,600 shops are now back in business at Baishazhou, which is one of the city’s main food wholesale markets.

Officials have banned the trading of live wild animals or livestock to prevent the spread of coronavirus.

‘We need to protect the world against potential sources of outbreaks of these types of viruses. It’s happened too many times. I’m totally puzzled by this decision,’ Mr Morrison told Nine’s Today Show. 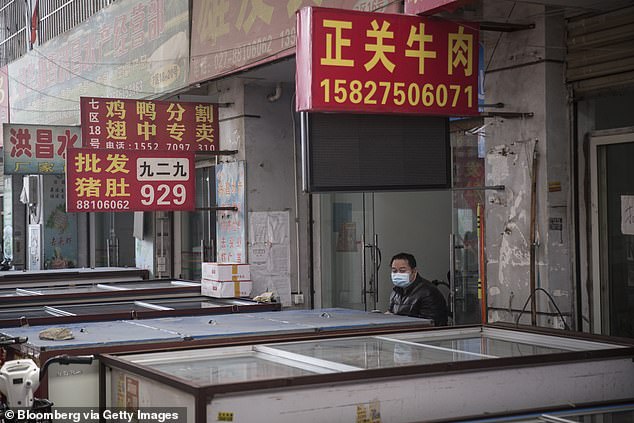 Signs for various beef, pork and poultry products are displayed at stalls as chest refrigerators stand at the Baishazhou wet market in Wuhan on April 6. More than 90 per cent of the stalls in the market have reportedly reopened after the lockdown was lifted from Wuhan last week

Experts believe that the virus has been passed onto humans by wild animals, most likely bats, through an intermediate carrier.

An investigation carried out by the Chinese Center for Disease Control and Prevention (CDC) in January suggested the source of the virus was wildlife sold as food at another popular Wuhan wet market called Huanan, state news agency Xinhua reported.

Huanan has remained closed since January 1 when it was shut in relation to the epidemic, according to a report by state-run China News citing Wuhan Evening News.

Australian Health Minister Greg Hunt said he was unsettled by the reopening of the ‘wet markets’ in Wuhan, which has been under a months-long lockdown.

‘There is a very real likelihood that this disease arose from a wet market in Wuhan – it’s clear that these are dangerous vectors,’ Hunt told the ABC.

‘I would imagine that around the world, the vast majority of people would have a similar view.’ 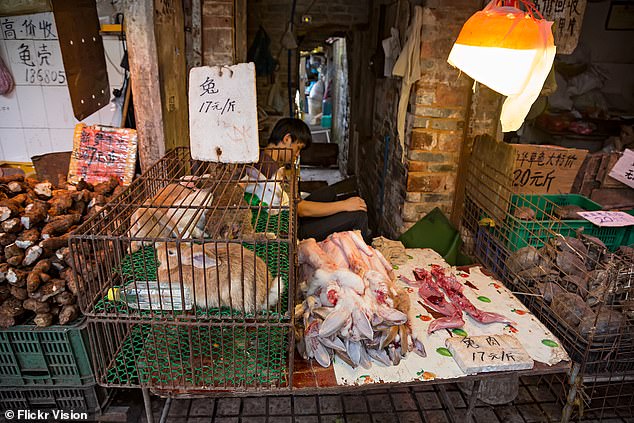 China temporarily shut wet markets after the outbreak and suspended the sale of wild animals. Local media say the markets are being reopened to alleviate the economic difficulties of shopkeepers.

Such markets, similar to the farmers’ markets in the West, exist across China, including in major cities like Shanghai, Beijing and Guangzhou.

Not all wet markets trade live animals, and when they do, the animals are mostly live chickens, ducks and other forms of poultry.

Only a minority of markets sell live wild animals.

The novel coronavirus pandemic has killed more than 120,000 people and infected over 1.9 million worldwide since it began in Wuhan last December. 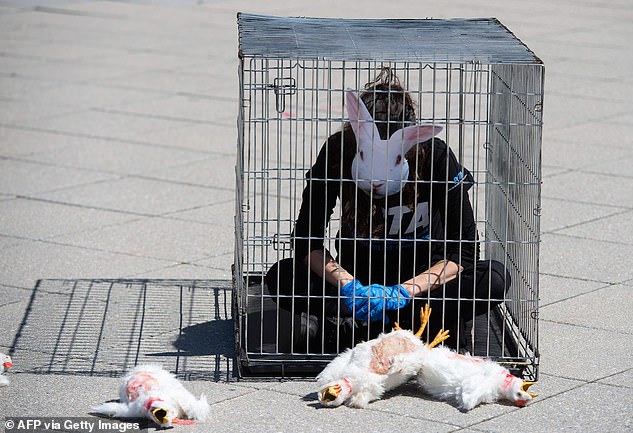 China temporarily shut wet markets after the outbreak and suspended the sale of wild animals. The picture shows members of PETA protesting against live animals markets outside the World Health Organization in Washington, D.C. on March 30