Josh Taylor and Jose Ramirez are involved in huge BRAWL ahead of light welterweight unification fight after Scot shoved his rival following tense weigh-in, with security wading in to separate camps in Las Vegas

By Jeff Powell and Ollie Lewis For Mailonline

A sudden and unexpected brawl between Josh Taylor and Jose Ramírez’s camps broke out after the weigh in for their battle for the undisputed light welterweight championship of the world.

Scottish light welterweight Taylor, 30, is bidding to make history and become the first Briton to hold all four world titles simultaneously when he takes on WBC and WBO champion Ramirez in Las Vegas.

The build-up has been far from amicable, with the mutual respect breaking down at an earlier face off after Taylor took umbrage with his Mexican-American rival after comments made by his manager. 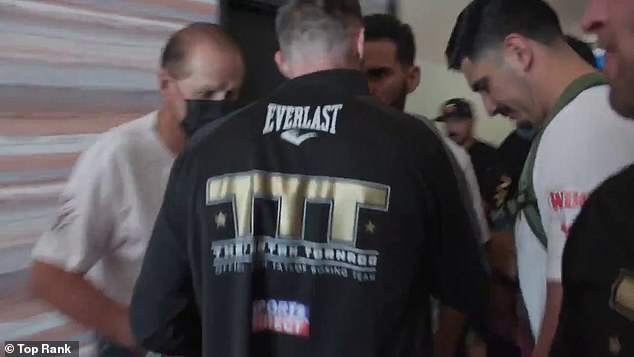 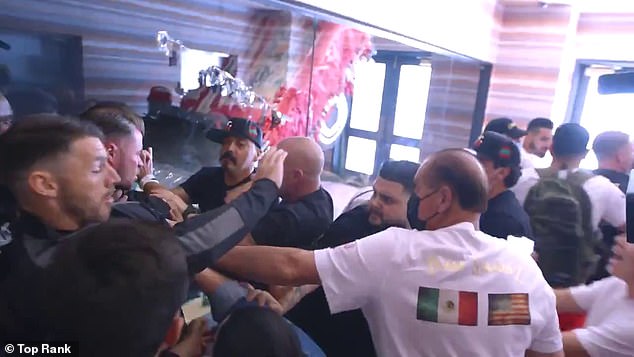 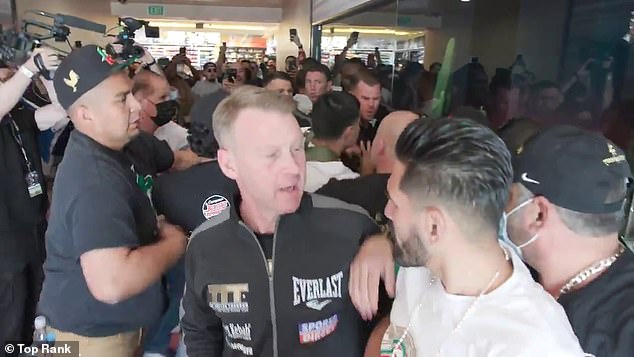 This 2:45 of pure adrenaline up close is all you need to get primed for Saturday night.#RamirezTaylor | ESPN & ESPN+ – 8pm ET pic.twitter.com/lV3hiUIuAR

Tensions were high as both fighters weighed in under the light welterweight limit at 139.6 lbs, with Taylor brandishing the Scottish flag in his Tartan Tornado boxer shorts.

Taylor’s trainer, Ben Davison, stepped into break the pair up but as the duo appeared to go their separate ways, they clashed in the hallway of the fighter hotel, sparking a brawl between the two camps.

A video of the incident uploaded by Top Rank shows Taylor walking through a corridor surrounded by Ramirez supporters waving a Mexican flag in the Scot’s face.

The 30-year-old spots Ramirez in the distance and makes his way over to the WBO and WBC champion. The pair come face to face before Taylor shoves Ramirez with his right hand, sparking an altercation in which security were forced to intervene. 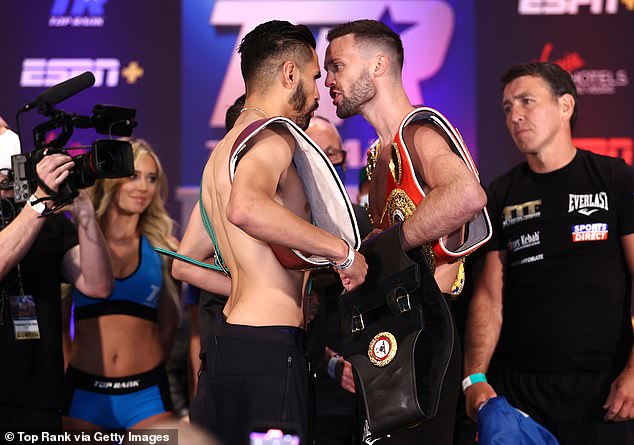 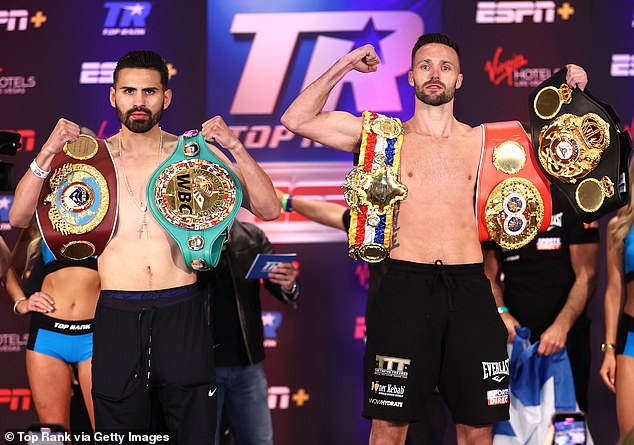 Taylor and his team were forced into a lift by security with hostilities palpable on the eve of their clash in Sin City.

The Scot believes he has rattled his undefeated rival, who branded Taylor a ‘nasty fraud’ earlier this week.

‘Listen, I’ve got in his head, I know I am in his head,’ Taylor said. ‘He seems a little fired up which is good, we haven’t seen that before. I am going to smash his face in tomorrow.’

The only British fighter to be crowned undisputed world champion is former heavyweight king Lennox Lewis, although only three titles were available when he triumphed in 1999.