Joshua Jackson and his partner of two years Jodie Turner-Smith welcomed their first daughter, Janie, back in April.

On Friday the 42-year-old Affair actor and the British model-actress, 34, were seen strolling with their nine-month-old baby girl in Soho.

Looking every bit the doting dad, Jackson was seen carrying the sweet tot who looked oso girlie in a pink onesie with animal ears.

The couple looked very edgy for the outing, as the Queen & Slim actress put on a colorful display in a floral puffer coat and a pink cropped sweatshirt with a patterned head scarf.

She threw on a pair of stylishly cropped jeans and black combat boots as she pushed a $1,700 Cybex X Jeremy Scott stroller that was black with gold wheels and gold angel wings.

Walking by his wife’s side, Jackson opted for an army green outfit as he threw on cargo joggers and a smart looking wool jacket. 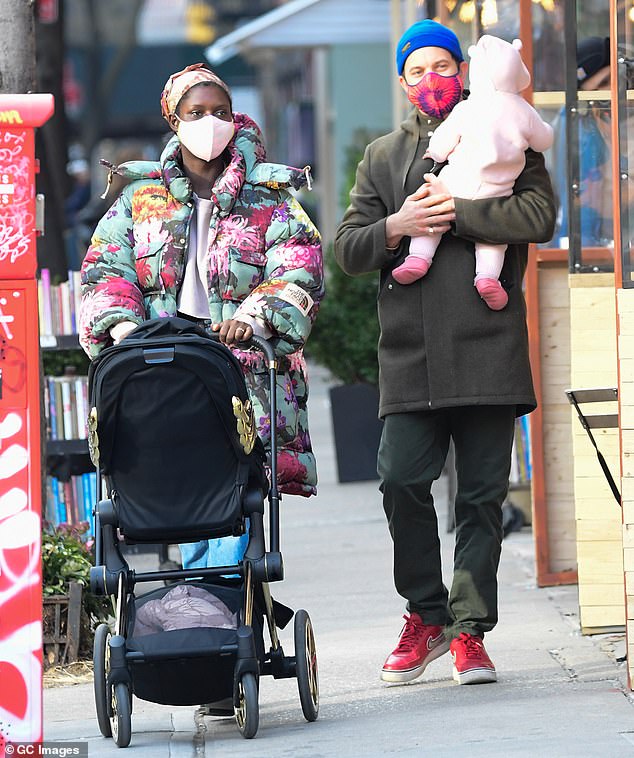 Adding some color to his look to keep up with Jodie, he wore a bright blue beanie and a pair of magenta Nikes that matched with his tie-dye face mask.

Despite looking like everything on the parent-front is going swimmingly, Smith recently told Elle magazine that ‘navigating parenthood’ is ‘difficult.’

Speaking about the added pressures of welcoming a child during a pandemic, she shared, ‘It’s even more difficult without support, when everything is shut down and you can’t really see other people or go anywhere.’ 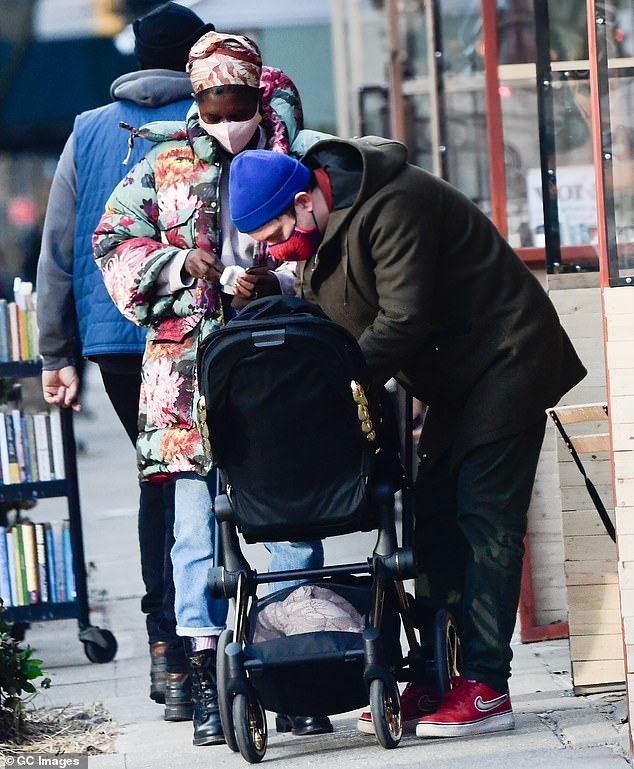 Tender touch: The pair stopped for a brief moment to lower their daughter back into the stroller as they playfully cooed at her

She did note that she was fortunate to have such a young child during these trying times as she said, ‘I’m not having to sit on Zoom with her and suddenly become her educator as well as her caretaker.’

Referring to motherhood as, ‘goddess-level s**t,’ she said that women are ‘supremely powerful beings,’ while hitting back at Patriarchal society for a lack of respect for moms and women.

‘The men think they’re hardcore, but they could never do what they do while also making a baby,’ she said, sharing that she shot her film Tom Clancy’s Without Remorse during her second trimester. 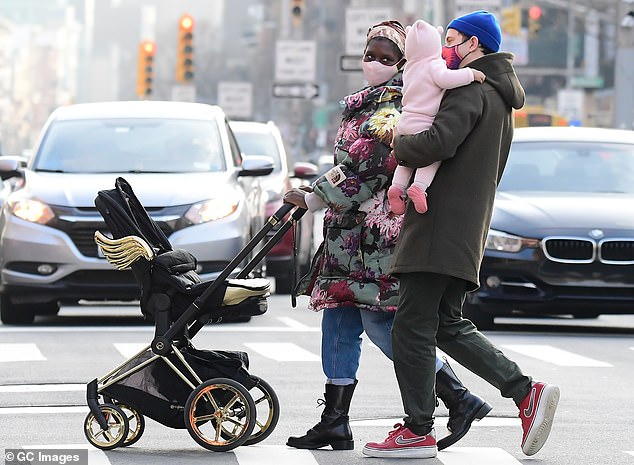 Fashion forward: The Queen & Slim actress told Elle this week that while ‘navigating parenthood at anytime is difficult, it’s even more difficult without support,’ as she spoke about welcoming her first child during the pandemic

Jackson and Turner-Smith were first linked in October 2018 after they were seen packing on the PDA at Usher’s 40th birthday party.

That following August they were seen at a courthouse in Los Angeles where they appeared to pick up a marriage license – which is only valid for 90 days afterwards.

It was confirmed in December 2019 that they did indeed wed in private, making it Jackson’s first marriage after a 10-year partnership with Diane Kruger which ended in 2016.

A first time marriage for Smith as well, she confirmed they were expecting in late January with a photo of herself in a cropped top from a UK appearance, writing ‘Here is that bump you’ve been asking for.’ 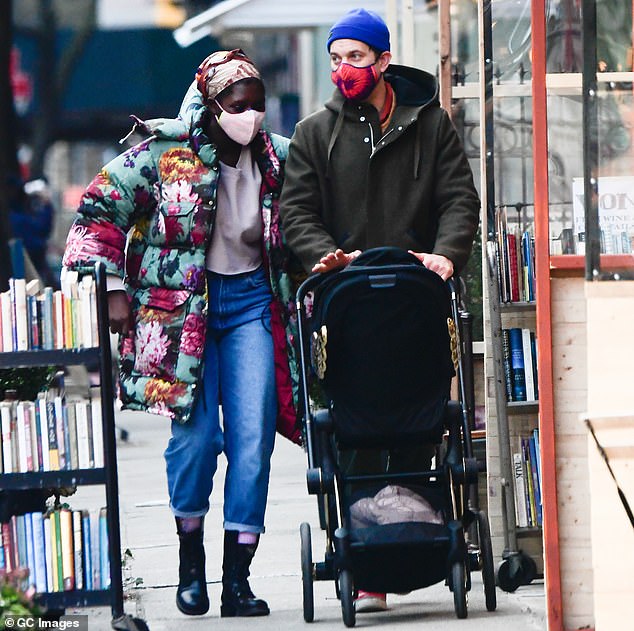 Sealing the deal: A first time marriage for the pair, the notoriously private couple kept details of their marriage and pregnancy underwraps