Joshua Kimmich has described Germany’s World Cup exit as ‘the worst day of my career’ and admitted he’s ‘afraid I’ll fall into a hole’ in the aftermath.

Heading into their last match of the group stage against Costa Rica on Thursday, Germany knew that only a win would keep their World Cup dream alive, after they had picked up just one point from their previous two games against Japan and Spain.

Hansi Flick’s side managed to secure a 4-2 victory, but Japan’s 2-1 comeback win against Spain sealed Germany’s fate as they went out of the tournament on goal difference. 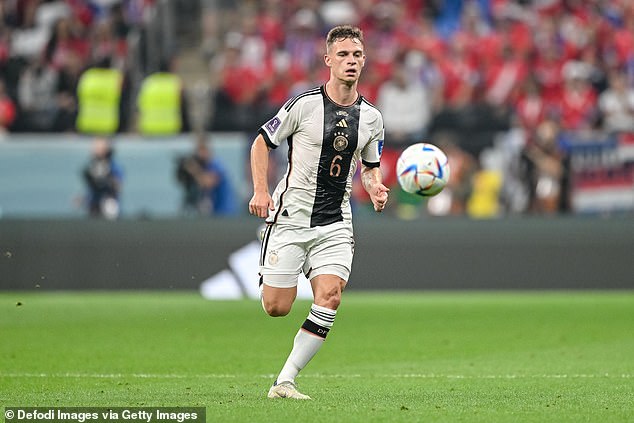 Kimmich was devastated after the final whistle, and was at a loss to explain how the national team had failed on the big stage again.

‘For me personally, this is the worst day of my career. I’m afraid I’ll fall into a hole! It makes you think, these failures are connected to my person!’ Kimmich said, as quoted by Bild.

Germany refused to lie down in their match on Thursday, recovering from a 2-1 deficit in the second half to finish strongly, with Kai Havertz netting a late brace and Niclas Fullkrug getting on the scoresheet. 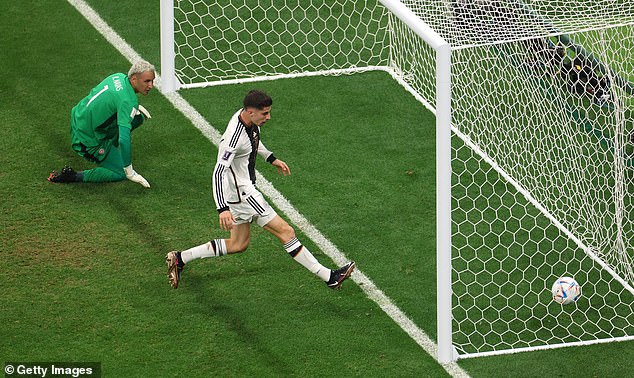 This ensured that they didn’t come bottom of their group like they did four years ago when they lost to Mexico and South Korea in Russia.

They also only won one game at last year’s Euros before being knocked out by England in the last 16.

Kimmich was in no mood to take any comfort from the fighting spirit shown by the side against Costa Rica as the Bayern Munich star reflected on a third straight disappointment at a major tournament.

Germany are now set to head home, while Spain will play Morocco in the last 16, and Japan will face Croatia.