She’s become known for being a yo-yo dieter and famously managed to shed a whopping seven stone after going on a major health kick.

But reality star Josie Gibson, who found fame after winning Big Brother in 2010, has struggled to maintain her slimmed down frame, with the pounds slowly creeping back on.

Having weighed 10st 7lbs at her lightest, Josie, 32, turned to Channel 5’s Diet Secrets and How to Lose Weight after putting 2st back on, taking up its challenge to road-test a gruelling ketogenic diet.

But after four weeks of ‘torture’ sticking to the high-fat, low-carb plan, the Bristol-born reality star was furious to learn that not only had she dropped just a single kilo after her efforts, she had also gained body fat.

Josie, a vegetarian who resorted to eating chicken while on the restricted plan, said it had left her constipated and ‘farting like a pig’, and declared after her weigh-in on the show: ‘I hate the keto diet’. 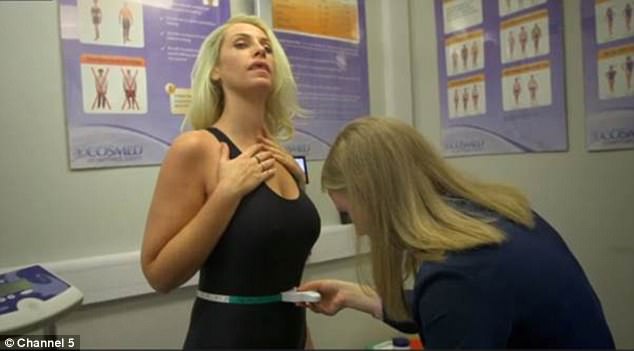 After four weeks a disappointed Josie learned she had lost just one kilo in weight, losing muscle mass and gaining fat mass

Revisiting Westminster University where she was weighed and measured at the beginning of the experiment, she gasped as she learned her results after the challenge.

WHAT IS THE KETOGENIC DIET?

The keto diet is a low carb, high fat diet, with medium protein regime, similar to the Atkins diet.

Aims to put your body in a state of ketosis, which means it will stop using carbs as fuel and start burning its fat stores for energy instead.

It forces body to burn fat reserves as an alternative form of energy.

In four weeks Josie was told she had only lost a kilogram in weight, and had lost muscle mass while gaining fat mass.

‘Is that it!’ she exclaimed afterwards, before admitting how she really felt about the challenging diet, which saw the vegetarian resort to eating meat again just to get through.

‘It’s too restrictive and I didn’t feel good on it. I hate the keto diet.

‘All I’ve done over the last four weeks is torture myself, I’ve had a bad belly, I’ve had constipation.

‘When you’re a vegetarian this diet is really, really hard work. So I’ve had to start eating chicken and I don’t really want to eat an animal, I’ve been farting like a pig where I’ve been eating eggs again, it’s just rubbish.’

The doctors on the programme advised that the ketogenic diet was not suited to everyone, with Josie’s disappointing results proving that it did not work for her. 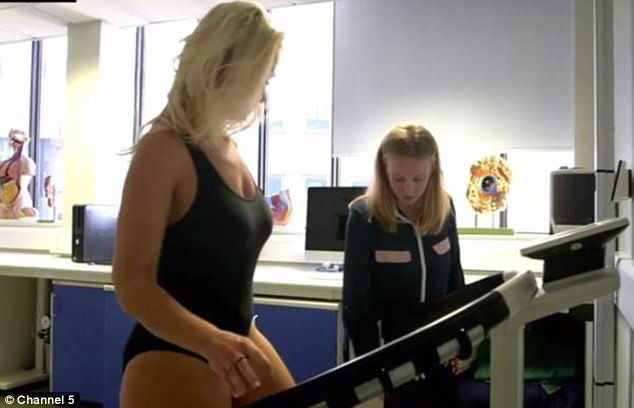 Josie was measured and weighed at the beginning of the show, she explained at her lowest she had been 10st 7lbs but had since gained two stone 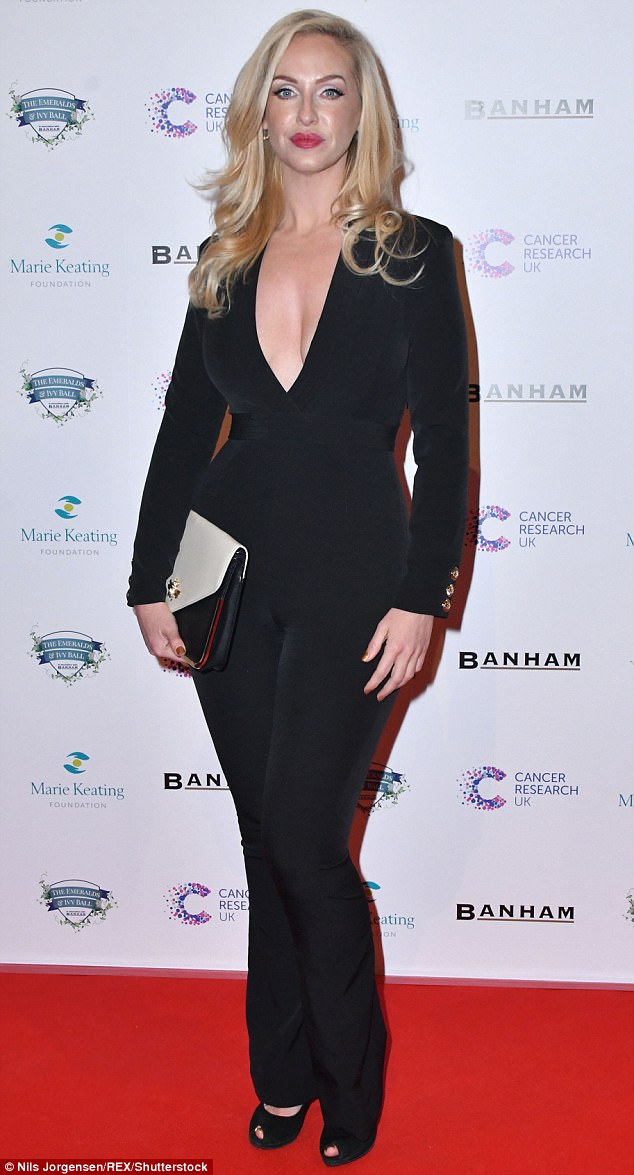 The TV personality shed a massive seven stone through a paleo diet and clean eating, and she later released a fitness DVD 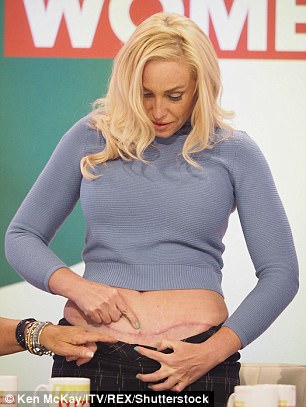 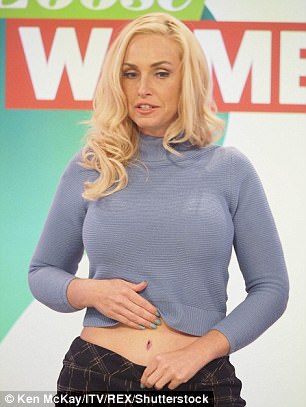 The Big Brother winner was left with excess skin after her weight loss, and at the end of 2016 she underwent an operation to have 6lbs of skin removed. She appeared on Loose Women to show the results, pictured

Josie explained at the beginning of the Channel 5 programme how it was only when she was pictured on holiday in a bikini that she decided to overhaul her lifestyle after battling with her weight over the years.

‘In a way I am so glad that happened, if I didn’t have everyone telling me how big I was and how disgusting I looked I might have not done anything about it.

‘How I lost all that weight was a really clean-eating diet. I went down to ten and a half stone.

‘I felt like a brand new person, I felt like I had actually just been born, it felt really surreal. It was my biggest achievement ever. So the fact I am back here, at 12 and half stone, is a bit of a kick in the teeth.’ 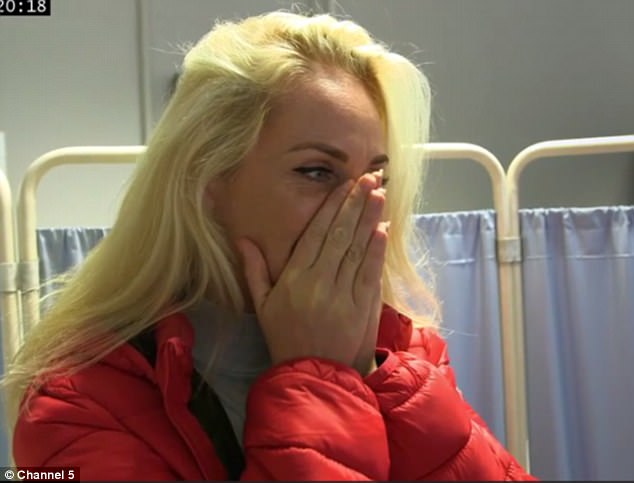 Josie was put on a ketogenic diet which involved eating high in fat and low carbs, but she struggled to keep it up 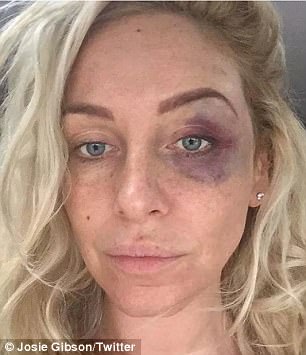 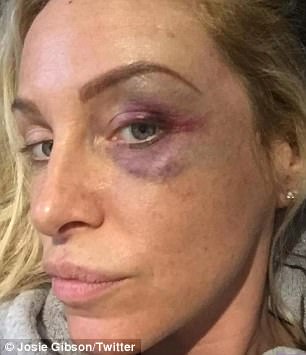 Horror: The 32-year-old TV personality revealed she was punched in the face by a man after she and her friends gave him a lift

After the airing of the show on Tuesday evening, Josie revealed she had gone through a horrific ordeal after being assaulted by a man after a night out.

The TV personality shared a series of shocking Instagram posts that showed she had been punched in the face by an enraged male clubber after she and her friends gave him a lift.

The photos showed that her left eye was swollen and covered with a purple bruise. Her friend, meanwhile, was bruised along her chest, forehead, cheeks and chin.

The traumatised Bristol native said the reveller attacked them in a rage when they kicked him out of the car after he allegedly tried to sexually assault their friend.