Waving goodbye to a hellish life in Greek camps, dreams of a better life in Britain became a reality for these vulnerable migrants yesterday.

The group, which included lone children, could hardly contain their excitement as they boarded a special flight in Athens bound for London. One small boy jumped for joy as he clutched on to a minder’s hand.

Three hours later, the 52-strong group landed at Heathrow, where they were processed by Home Office officials before an emotional reunion with family members.

The Home Office has confirmed that all had tested negative for coronavirus before they entered the UK. 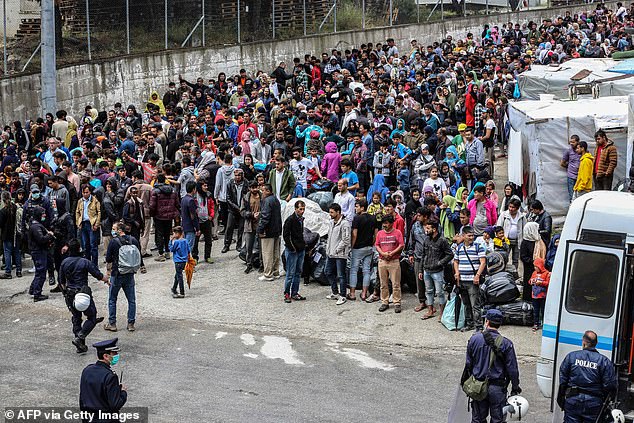 The Mail highlighted the struggles the migrants, including many lone children, were facing during an exposé on the Greek island of Lesbos

All of them had waited months to be reunited with relatives while enduring horrific conditions in the Greek camps, made even more agonising by a delay due to the coronavirus pandemic.

The Home Office laid on the flight, in collaboration with the Greek government, after lobbying from Labour peer Lord Dubs and the Safe Passage International charity.

It comes after the Mail highlighted the plight of lone children in squalid conditions on the Greek island of Lesbos, where some of the group came from.

Lord Dubs said last night: ‘The conditions were awful. This is justice.’ 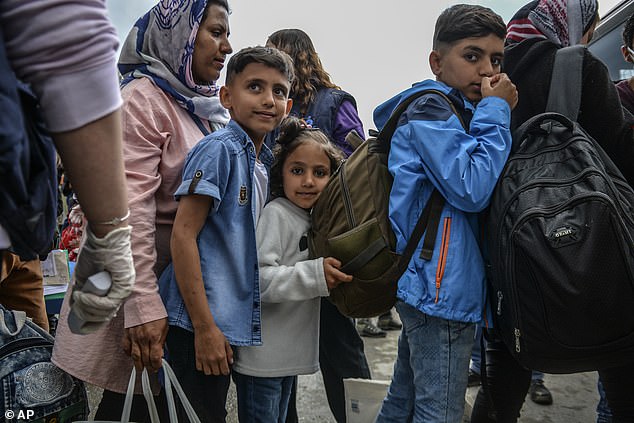 The minors in the group have moved to the UK under the Dublin Regulation, which allows migrant children to travel and live in countries where they have relatives 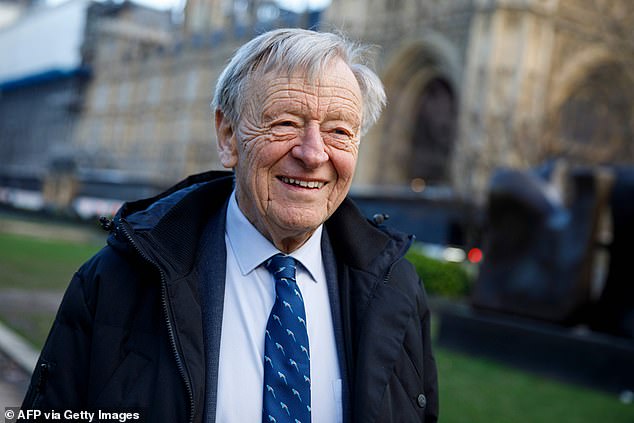 Labour peer, himself a child refugee in the UK during the 1930s, described the conditions in the Greek camps as disgusting

Ruth Holtom, of Safe Passage, added: ‘There’s just a real sense of relief it’s finally happened. One of them told me how emotional it was to be reunited with their brother and it’s just a joy for them to be finally reunited with their loved ones after waiting so long.’

The majority of the vulnerable group, who are not all minors, were from Syria and Afghanistan and had fled war and persecution.

They have been transferred to the UK under the Dublin Regulation, which allows for migrant children to be relocated to countries where they have relatives. 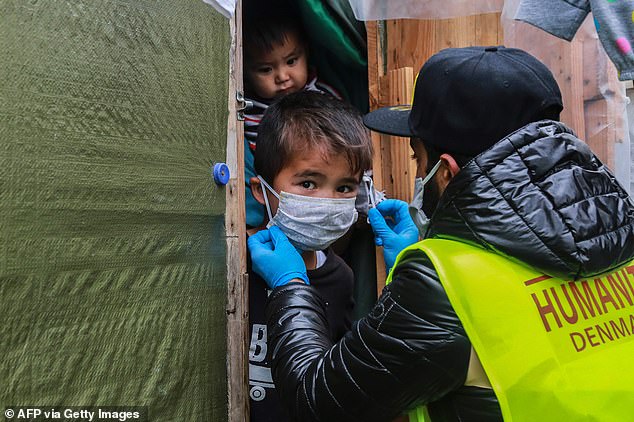 A Home Office spokesman said: ‘The UK has a long and proud tradition of providing help and support to the vulnerable, and now more than ever it is important we honour that.

‘We have worked with Greece to complete these transfers of vulnerable people, including unaccompanied children. They can now be united with family members in the UK.

‘All of those people transferred tested negative for coronavirus before departing Greece.’