Joy Behar apologizes for Christianity comment on The View

Joy Behar has publicly apologized for comments she made last month when she likened Vice President Mike Pence’s Christian beliefs to mental illness.

Her apology on The View on Tuesday came after Pence said that Behar had called him to personally apologize and he urged her to do it publicly as well.

The controversy began during an episode of The View in February when Behar and her co-hosts discussed a Big Brother episode in which ex-White House staffer Omarosa Manigault spoke about the vice president.

Omarosa had called Pence ‘extreme’ and said he ‘thinks Jesus tells him to say things’.

Behar responded on the daytime talk show saying: ‘It’s one thing to talk to Jesus. It’s another thing when Jesus talks to you. That’s called mental illness, if I’m not correct – hearing voices.’

Pence immediately took umbrage at Behar’s ‘mental illness’ statement and lashed out at ABC, which airs The View.

‘To have ABC maintain a broadcast forum that compared Christianity to mental illness is just wrong,’ Pence said at the time.

‘It is simply wrong for ABC to have a television program that expresses that kind of religious intolerance.’

During an appearance on Fox News on Monday night, Pence revealed that Behar had personally called him to apologized. 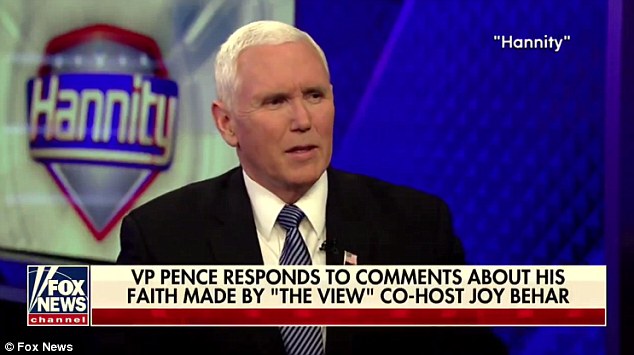 During an appearance on Fox News on Monday night, Pence revealed that Behar had personally called him to apologized and that he accepted 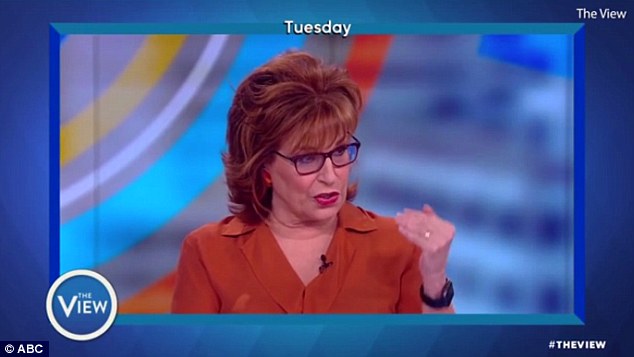 ‘I give Joy Behar a lot of credit. She picked up the phone. She called me. She was very sincere, and she apologized,’ he said.

‘One of the things my faith teaches me is grace: forgive as you’ve been forgiven.’

Pence added that he had urged her to use her platform on The View to ‘apologize to tens of millions of Americans who were equally offended’.

She apologized the following morning on her program.

‘I think Vice President Pence is right. I was raised to respect everyone’s religious faith, and I fell short of that. I sincerely apologize for what I said,’ she told viewers.

Disney CEO Bob Iger told shareholders last week that Behar had apologized to Pence after being asked about her remarks by an employee of the National Center for Public Policy Research.

He said Behar making the call to Pence was ‘absolutely appropriate’ and added that he didn’t think her statement was right.

Behar’s remark had earlier caught the attention of The Media Research Center, a conservative content analysis organization, which urged viewers to call ABC to lodge complaints about ‘anti-Christian bigotry’. 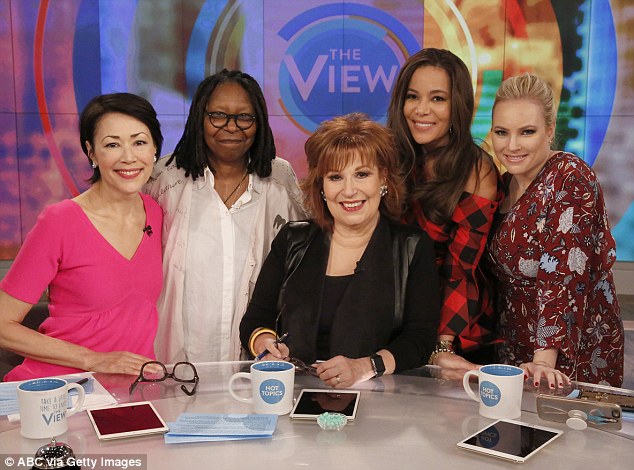 Behar, pictured with her The View co-hosts, made the comments during a discussion of Pence on the daytime talk show last month