Joy Corrigan’s summer fun in Miami continued on Monday, as the surging model was snapped for another photo shoot as she continued to work in South Florida.

The 24-year-old took to Instagram Stories to let her fans know what she was up to, as she headed to the water for a shoot with photographer Justin Macala in a black two-piece by MIMI The Label with a gold chain around the waist.

Sitting pretty: Joy Corrigan’s summer fun in Miami continued on Monday, as the surging model, 24, was snapped for another photo shoot as she continues to work and play in South Florida

‘Headed to the beach to do a little shoot with Justin,’ said the Victoria’s Secret Angel, who had her dark locks parted as she sipped on water on the windy summer day by the Atlantic Ocean.

The fit 5ft8 model, who was Playboy’s Miss February 2017, was feeling extra photogenic to kick off the new week.

‘You guys get ready for some sick photos; we just did some stuff … to die for!’ she said in a clip on the social media site. ‘Look at how sick this suit is!’

On her account, the Next Models beauty said she was heading back to New York City after a busy time in Florida for Miami Swim Week 2019. 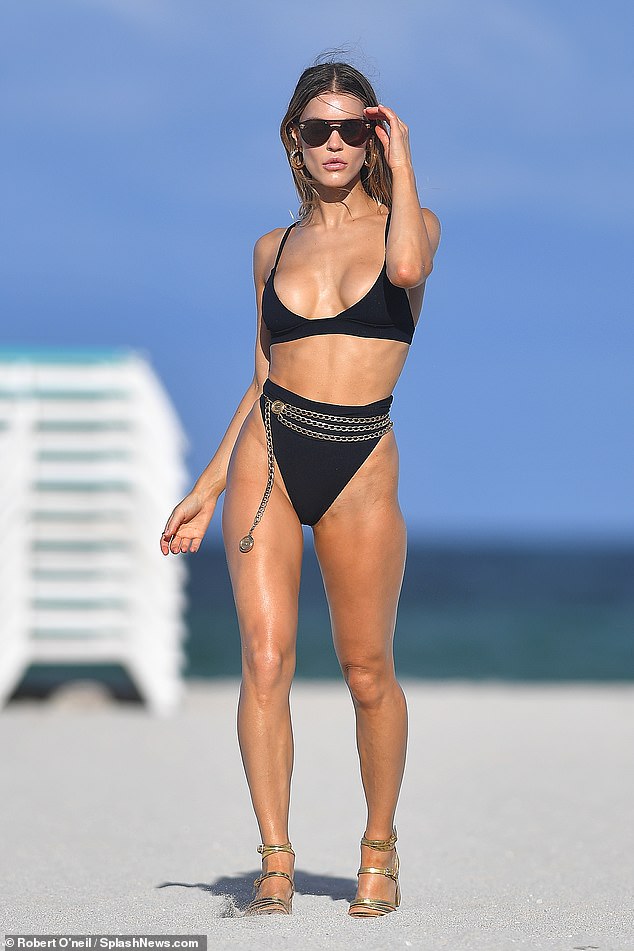 Focused: Corrigan wore a black two-piece bikini with a gold chain around the waist

In shape: Joy’s passion for fitness was evident in the Florida sun, as she showed off her toned physique 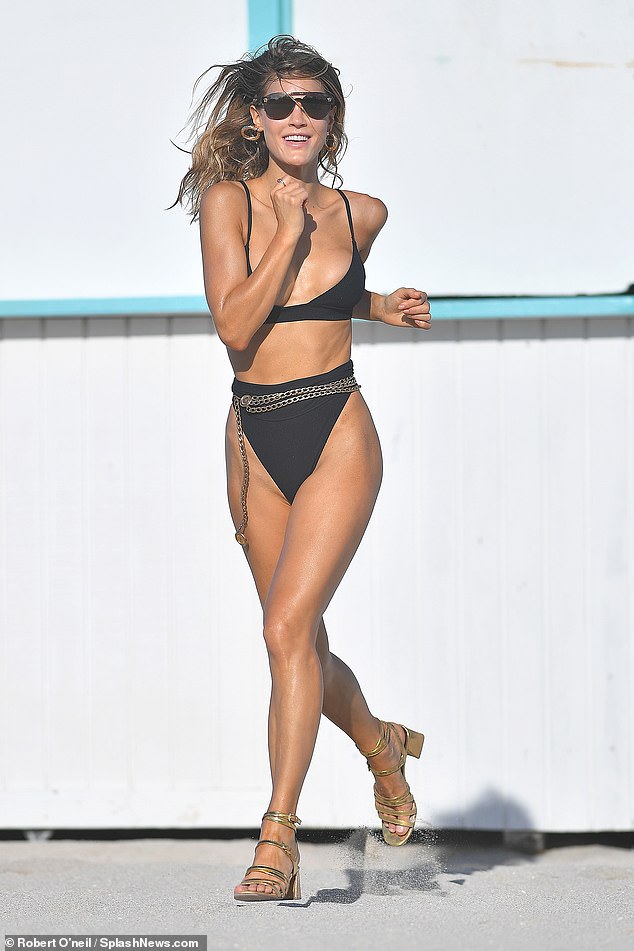 On the move: The 5ft8 model posed for shots both in the water and on the sand

There, she did multiple shoots and fashion shows, walking for labels including Monica Hansen Beachwear and Revival Swimwear.

She shared a shot as she relaxed in her plane seat, looking out at the wing prior to takeoff.

Joy, who has more than 665,000 followers on Instagram, spoke with Maxim last autumn on a number of topics, revealing she’s not shy when asked how she lets a guy know’s she’s interested in him. 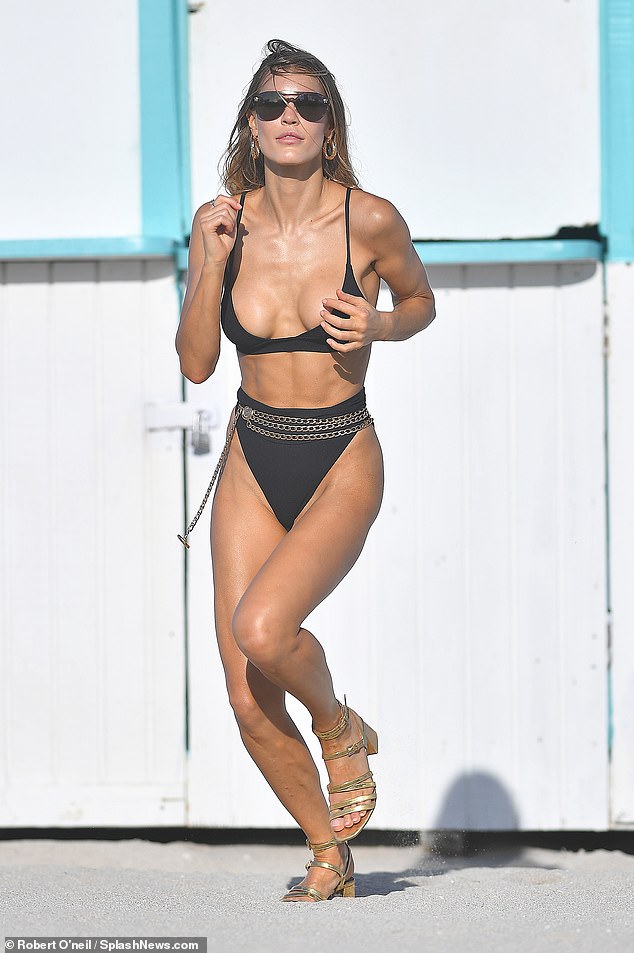 Loves her work: Joy documents her passion for fitness and fashion on her account 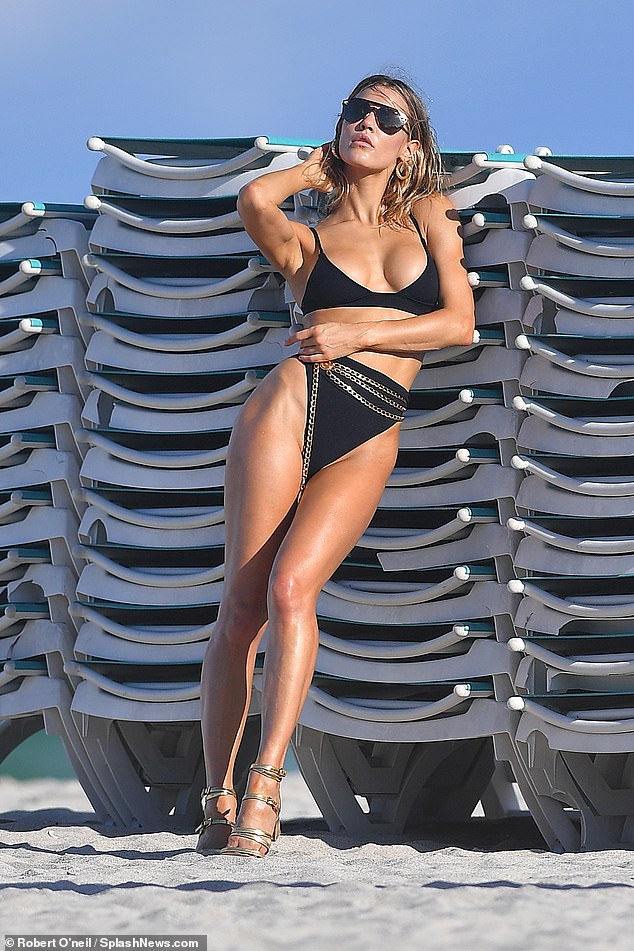 Relaxed: The stunning model reclined off rows of chairs while on the sand 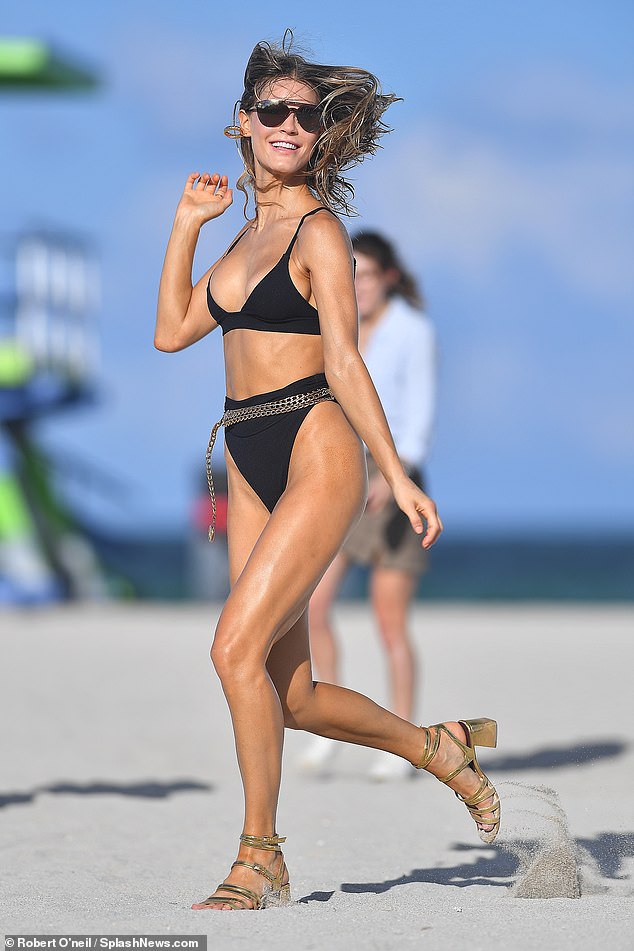 Carefree: Joy’s mane was lustrous as she pranced through the sands

‘Ask him out on a date – who says girls can’t make the first move?’ she said. ‘I guess I just know what I want.’

She told the publication what she looks for in a partner, saying, ‘I’m really attracted to a guy who can make me laugh, play an instrument or beat me in chess.

‘Family is also very important to me, so if he has strong family values, he’s a keeper. For me healthy equals sexy, so a guy who takes care of his body by eating healthy and working out is super attractive.’ 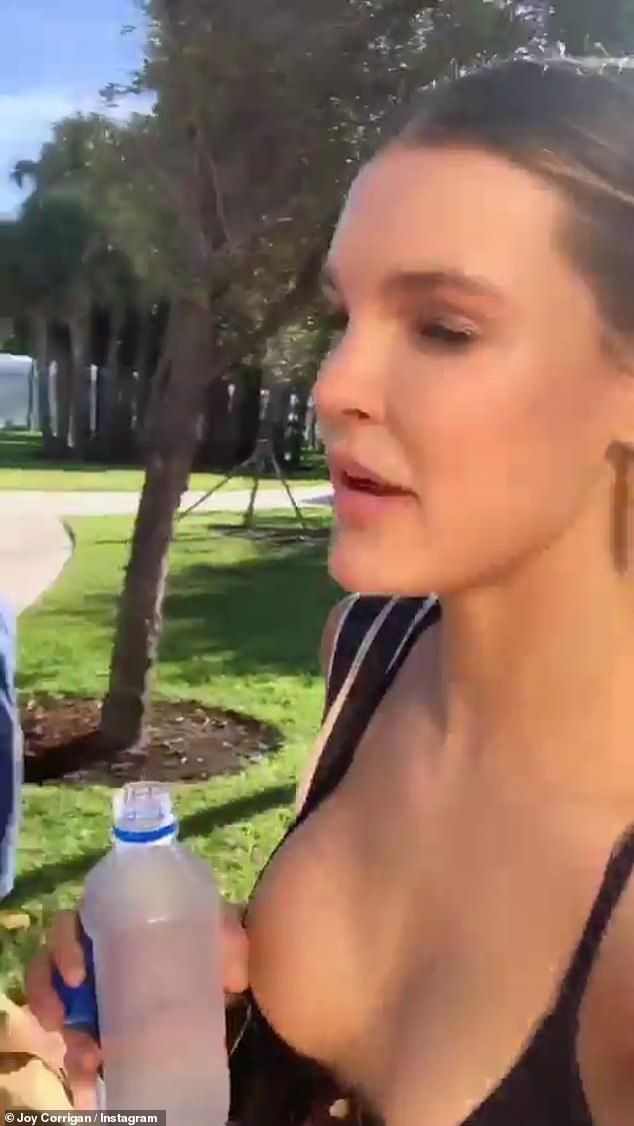 Healthy life: The blonde-haired beauty sipped a water as she headed to the shoot 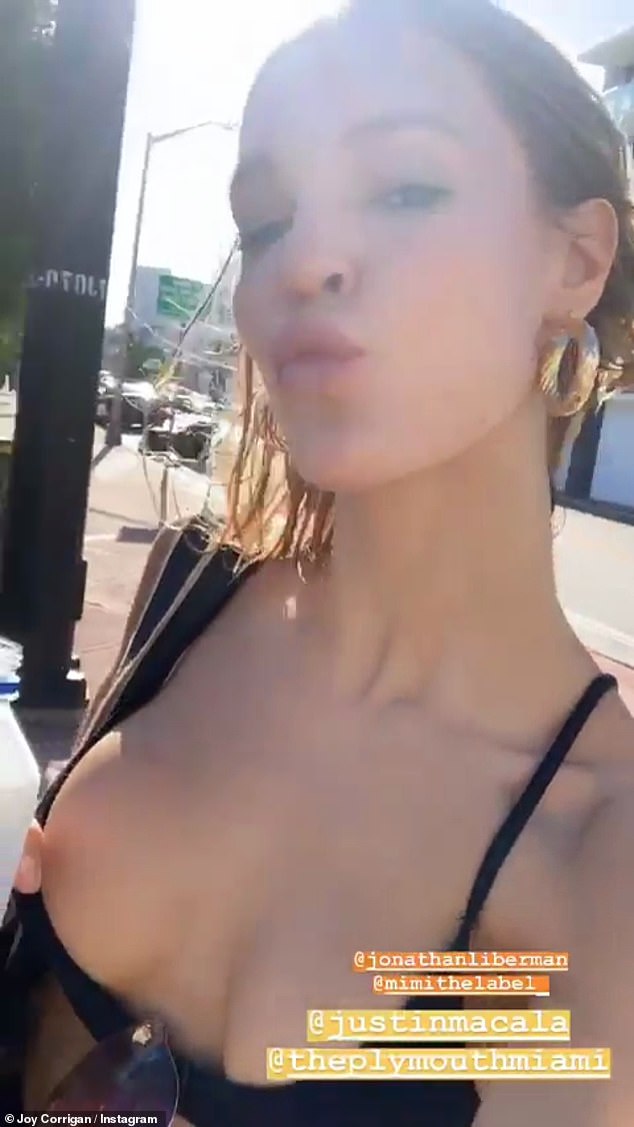 Moving forward: Corrigan was headed to NYC after the Miami shoot