JSP: I doubt Prince Andrew will ever face a court for whatever happened with Jeffrey Epstein’s

Prince Andrew has spent the week with his unshameable ex-wife Sarah, playing golf in Sotogrande, a hideaway for millionaires at the tip of Spain facing Gibraltar.

Opulent villas with maximum security surround luxuriant greens on an immaculate course frequented by men of a certain age and bank balance.

A friend had an apartment there once, and during a short stay, I found myself chatting to a charming elderly Frenchman who told me he manufactured guided missiles capable of exterminating thousands of people in a couple of seconds.

The other guests at cocktails were minor Spanish toffs, British property tycoons with skin the colour of old alligator suitcases and a couple of people in off shore finance and import/export businesses. Andrew and Sarah probably feel quite comfortable in this environment

Virgina Roberts (now Giuffe), aged 17 at Ghislaine Maxwell’s townhouse in London with Prince Andrew.  In this famous photograph, the Prince looks straight at the camera and is resting his hand on her bare midriff. She looks young enough to be his daughter

The Prince has become a major embarrassment to his mother, the Queen. Her summer break is proving anything but relaxing.

She’s got a dysfunctional parliament – so chaotic the Archbishop of Canterbury, leader of a church less popular than anytime in its history, is offering to ‘unite’ warring factions- with as much chance of success as the deck chair attendant on the Titanic.

The Queen is expecting a visit from a Prime Minister who tells porky pies (cockney for lies) about pork pies, who promises anything as long as he can stay in the job for the forseeable future.

The sick, the homeless, hard pressed school teachers, people making toilet seats, chocolate and sandwich toasters all have been promised a boost from Boris’s bottomless money pit. A new gift is pulled out of the Treasury Tombola every day to ensure positive press and votes if an election is called in the next few months.

But the biggest headache facing the Queen is what to do about her son. The Prince is gracing the front pages of newspapers around the world, and for all the wrong reasons.

A spoilt man whose judgement is so poor he decided to stick by a pal who had been convicted for sexual offences with underage women, telling a friend that ‘loyalty’ was all important.

Why did Andrew not send a supportive note to Jeffrey Epstein and then keep at a discreet distance? 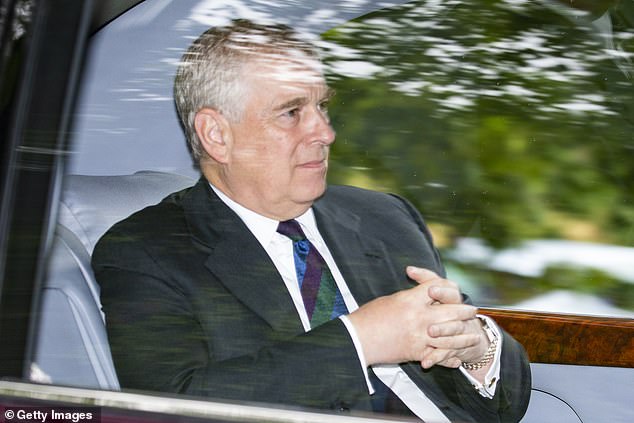 The Prince has become a major embarrassment to his mother, the Queen. Her summer break is proving anything but relaxing. Pictured: Andrew visits the Queen at Balmoral

You might wonder why subsequently Andrew chose to visit his former pal in the convicted felon’s house, where a string of visitors included numerous lithe and attractive maidens.  Masseurs, manicurists and pedicure women – and isn’t it interesting these girls were all blonde, slender and looked like teenagers?

There may not have been anything going on between the Prince and these visitors – he has denied any wrongdoing –  but for someone who boasts that he is the best man to help British business around the world (often in extremely conservative regimes) it displays an astonishing naivety and lack of judgement. 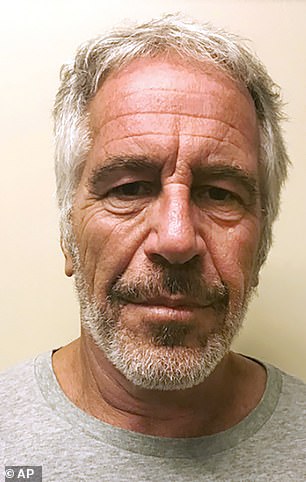 All these allegations were excised from the records at the earlier Epstein (pictured) trial, and now they are being aired, dozens of women are coming forward with allegations (exactly like the Weinstein scandal) that Epstein groomed them, raped them, and forced them to perform sexual acts against their will. Many claim that Ghislaine Maxwell was not only knowledgeable, she helped to recruit them, often when they were under age

One of the women, Virginia Giuffre, claims she had sex with the Prince in Florida when she was just 17, which is under-age in that state. In a famous photograph, the Prince looks straight at the camera and is resting his hand on her bare midriff – although the Prince’s supporters say he does not recall meeting her and suggest the photograph could have been doctored. She looks young enough to be his daughter. In recent days, other women have made further allegations about their interactions with the Prince.

Allegations made about the Prince by Ms Giuffre were excised from the records at an earlier hearing, but now they are being aired again, dozens of women are coming forward with allegations (exactly like the Weinstein scandal) that Epstein groomed them, raped them, and forced them to perform sexual acts against their will. Many claim that Ghislaine Maxwell was not only knowledgeable, she helped to recruit them, often when they were under age.

After keeping his counsel for months, the Prince now says he will ‘co-operate’ with the FBI as they investigate Epstein’s connections to a sex-trafficking ring.

Their investigations have spread to Paris, and more women have come forward. One says she saw the Prince enjoying having his feet massaged by two women. Of course, we only have these women’s word, but their stories are all embarasing.

The Prince might have just been a silly man, thrilled to hang out in louche company, enjoying relaxation out of the prying eyes of the press or the public.

In sophisticated circles in London, New York and Paris, there are plenty of wealthy 59-year-old men who like to hang out with teenage girls. I have been at parties when girls have been flown in for famous men to ‘meet’ over dinner or drinks. 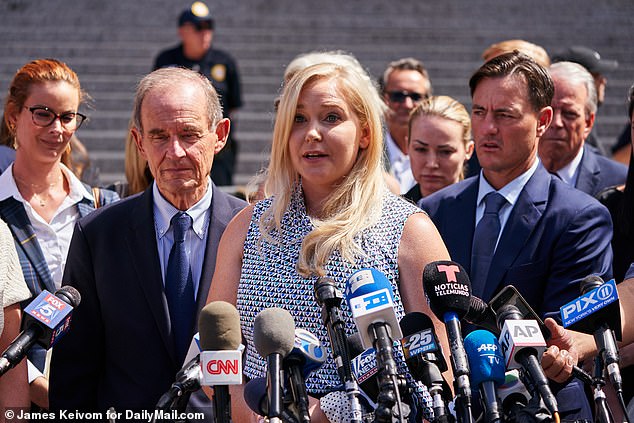 One of the women, Virginia Giuffre (pictured), claims she had sex with the Prince in Florida when she was just 17, which is under-age in that state

But it is ludicrous that the Prince thought his behaviour would not attract comment at the very least.

Since Mr Epstein was found dead in his prison cell, women who claim he spent his adult life abusing under-age girls are determined to have their voices heard.

One by one, they are telling stories of being recruited by Epstein’s friend Ghislaine Maxwell, who seems to have vanished into thin air. At Epstein’s first trial, when he was convicted of procuring an under-age girl for prostitution, they were denied that opportunity, now they won’t be silenced.

Prince Andrew will probably never appear in a court room. His family have the same lawyers as I do – he will simply make a statement to a detective at a residence of his choosing.

The big question is, where will Prince Andrew be able to spend his time in future? He won’t be required to promote British pork pies, armaments or ship building.

His pals in the Gulf won’t be too bothered about the furore, but it won’t play well with female politicians, and the person who will be most furious is his mother. She will want to know what ‘work’ Andrew plans to do to keep himself occupied in the future.

Can I suggest whatever it is, it doesn’t involve the presence of any woman under 40?