The Red Devils have been working hard in a bid to be fully prepared for the new campaign after Solskjaer was left disappointed by the fitness levels of his players when he replaced Jose Mourinho.

United have been on a globetrotting pre-season tour to Australia, Singapore and Shanghai but are now back in Europe ahead of their first Premier League match against Chelsea next Sunday. 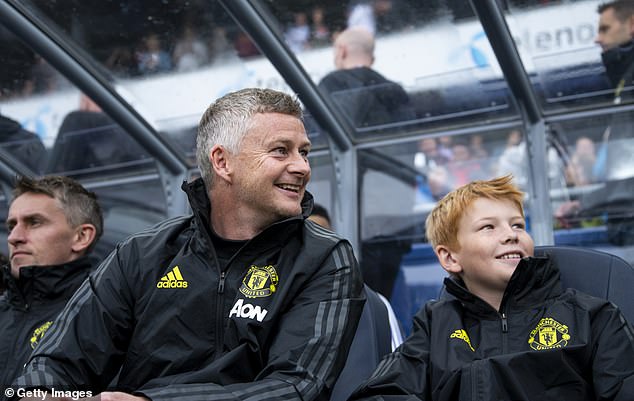 And Mata, who scored the only goal in the win over Kristiansund on Tuesday night, believes the intense programme has already proven to be a success on the pitch.

Speaking to MUTV, he said: ‘To be honest, we’ve been training quite hard.

‘The first two-and-a-half weeks were quite physically tougher than last season. Obviously, the results have been better also, winning every single game.

‘But I think it’s good also for Ole and for his staff to have a full pre-season where we can play the way he wants us to play. 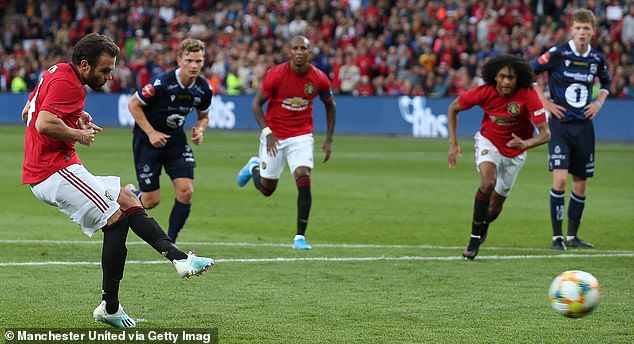 United take on AC Milan this weekend in their final friendly before they play Frank Lampard’s side next week and Mata believes there is optimism within the squad ahead of the new season.

‘We know we have to do better than last season and I think in this pre-season we are showing that we are good as a team, the atmosphere is good and the results are coming,’ he enthused.

‘I think the manager said it not long ago. The atmosphere is very good. We have very nice people in the dressing room, everyone trying to help.

‘Everyone [is] demanding from each other, which is what I think we need to do in a club like Manchester United.

‘In every single training we have to set higher standards; that’s the only way to compete and we know we have to do that.’