Russell Crowe has been part-owner of the South Sydney Rabbitohs since 2006.

So it was no surprise to see the Gladiator star cheering his National Rugby League  team to victory on Thursday night.

The 54-year-old was joined in the stands by a actress Sophia Forrest, who kept close to the Hollywood actor as they watched the Rabbitohs thrash the Wests Tigers at Sydney’s ANZ Stadium.

He’s got lots to Crowe about! Jubilant Russell was joined by actress Sophia Forrest as he watched his beloved Rabbitohs claim victory in Sydney 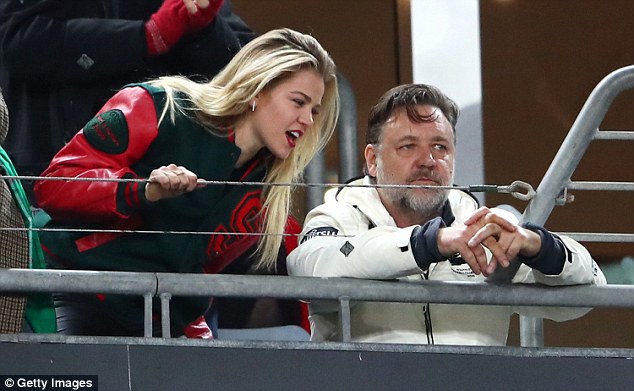 Number 1 fans! Russell and his stunning companion publicly declared their support for the Rabbitohs by donning team jackets

Russell wasn’t afraid to show allegiance to his team, donning a white jacket emblazoned with the Rabbitohs logo.

The star sported cropped facial hair, having recently shaved off the bushy beard he grew for the upcoming movie The True History of the Kelly Gang.

Meanwhile, Russell’s stunning companion also declared her support for the South Sydney football team, wearing a Rabbitohs jacket of her own. 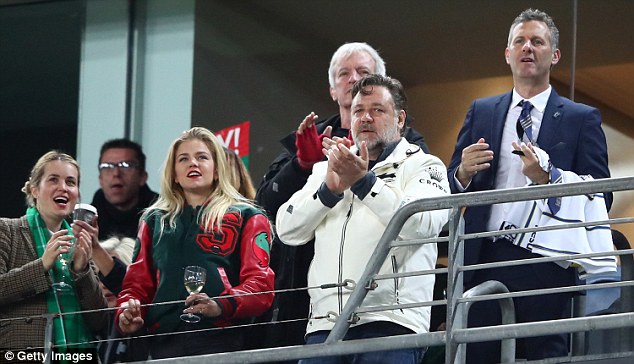 In high spirits! The pair were joined in the stands by a number of other Rabbitohs supporters, including former Spicks and Specks host, Adam Hills 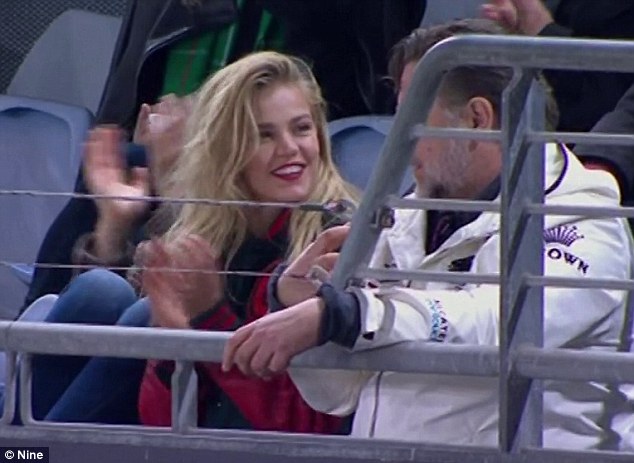 All smiles: At one point, Russell and Sophia appeared to be deep in conversation

Also appearing in high spirits, Sophia was seen holding a glass of wine as she watched the action unfold.

The pair were joined in the stands by a number of other Rabbitohs supporters, including former Spicks and Specks host, Adam Hills.

However at one point, Russell and his female friend appeared to be left alone together and enjoyed a private conversation. 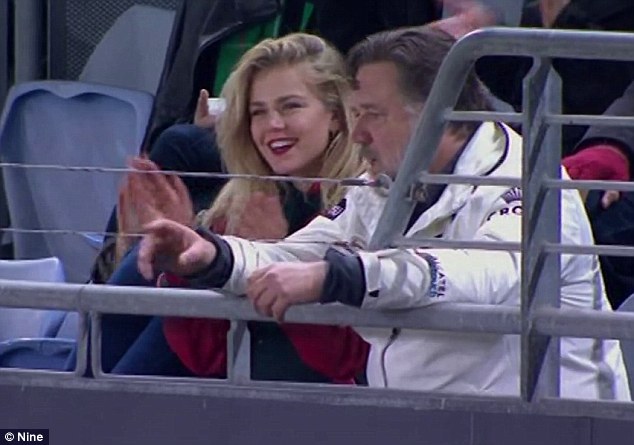 You’re on camera! The scenes were broadcast on Channel Nine’s Thursday Night Football 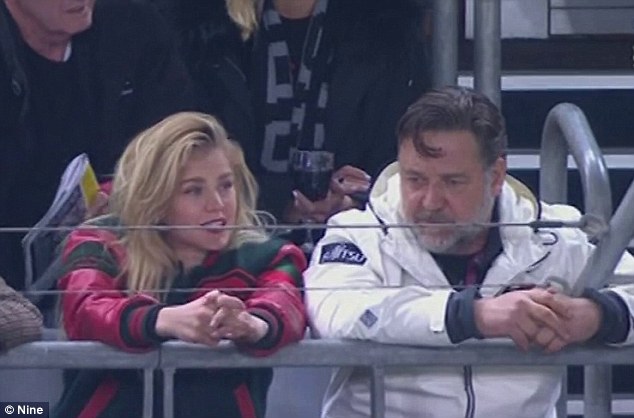 Always in the stands: Russell is a regular at Rabbitohs games across the country

The scenes were broadcast on Channel Nine’s Thursday Night Football.

Russell is a regular at Rabbitohs games across the country, and last month was seen on the sidelines with his sons, Charles, 14, and Tennyson, 12.

The actor shares his two children with his ex-wife, Danielle Spencer. 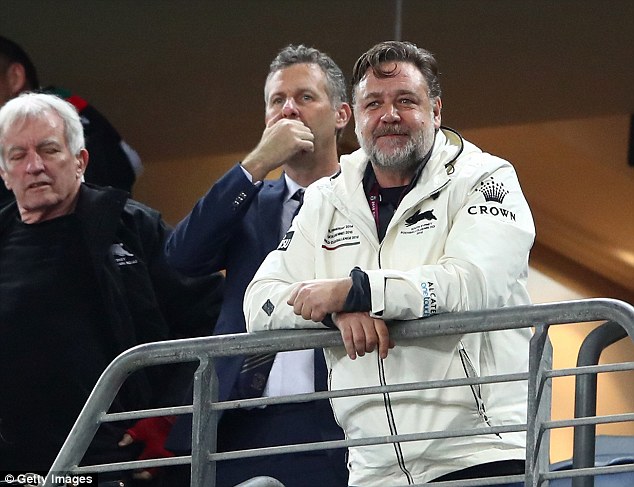 Something to smile about! Russell seemed thrilled that the Rabbitohs had thrashed the West Tigers by a whopping 44 points

Meanwhile, the Oscar winner is back in his home city of Sydney after filming The True History of The Kelly Gang in rural Victoria.

Based on Peter Carey’s book of the same name, the forthcoming film details bush-ranger Ned Kelly as he evades authorities in the 1870s. 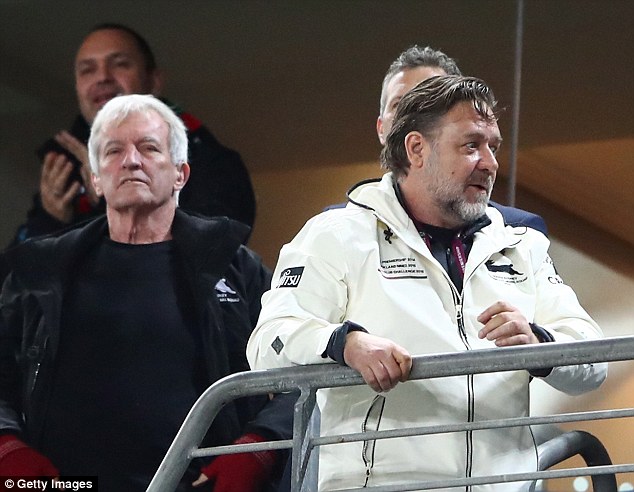 Coming soon to screens: The Oscar winner has been busy filming The True History of The Kelly Gang