Jude Law’s daughter Iris is in ‘romance’ with model, 19

Jude Law and Sadie Frost were mainstays of the Primrose Hill set of actors, models and musicians that became a byword for Nineties hedonism with their drink and drugs parties, bed-hopping and alleged wife-swapping.

Now, their daughter, Iris Law, is making her own mark on the capital’s social scene.

I can reveal the 17-year-old is courting a handsome fellow Burberry model, who grew up on the mean streets of Brazil.

While Iris, the goddaughter of hard-living supermodel Kate Moss, was raised in a multi-million-pound villa in one of London’s most desirable neighbourhoods, her 19-year-old boyfriend, Kelvin Bueno, lived in a tower block in the densely populated Santos district of Sao Paulo.

Bueno, which means ‘good’ in Portuguese, is also a graffiti artist and musician, and he composed a song, called 22 Reasons, to celebrate Iris’s birthday this week.

‘It’s the way you walk and talk, I think I’ve found my love,’ he sings.

‘It’s the way you call my name, there isn’t another way to say I’ve found my love today, and I ain’t letting go.’

The couple (pictured) have been courting for several months after meeting through friends.

Bueno, who sports long braids and two gold teeth, is studying music at Goldsmiths, University of London, and has set up his own online artist community, Saz.

Iris first hit the headlines when she was just two years old after she bit into an ecstasy pill she found on the floor at a children’s party at Soho House.

Happily, Iris’s romance with Kelvin has already won the approval of Sadie’s bohemian mother, Mary, who described them on social media as a ‘gorgeous couple’.

Property prices are said to be falling in some parts of Britain — but I doubt any seller has been forced to make the sort of cut Hollywood star Michael Douglas has on his Spanish villa.

After struggling to find a buyer for his spectacular clifftop Majorca mansion, the Oscar-winner, who is married to actress Catherine Zeta-Jones, has had to knock £17 million off the asking price. 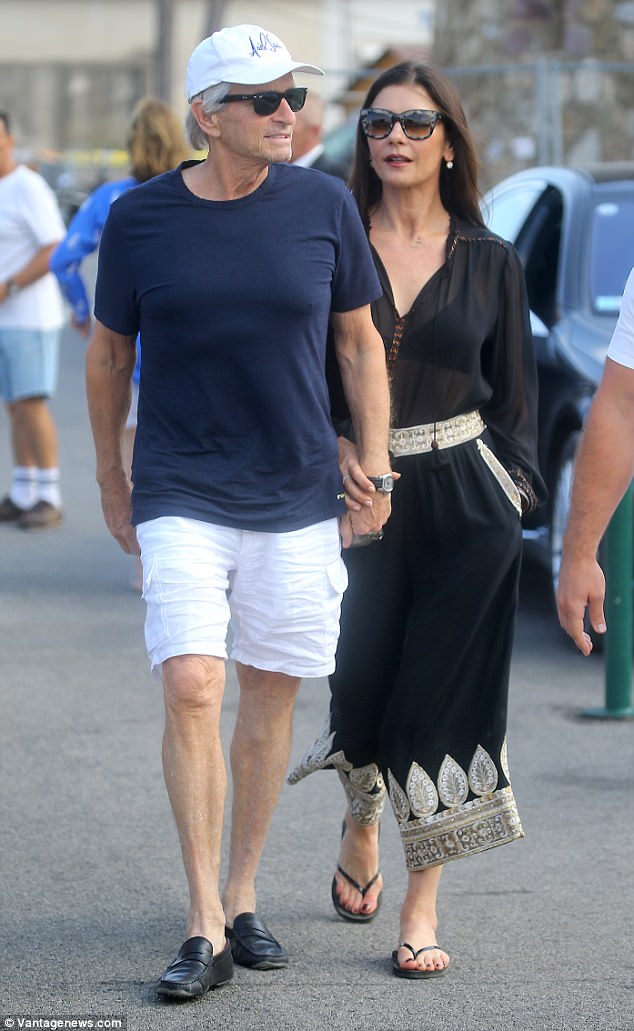 Douglas, 73, who bought the luxury pad in 1989 with his former wife Diandra Luker, has spent millions renovating the 11-bedroom property and calls it his ‘spiritual home’.

After their divorce, the couple co-owned the villa on a timeshare basis. But the 250-acre wine estate is now on sale for £32 million, down from £49 million when it first went on the market two years ago. 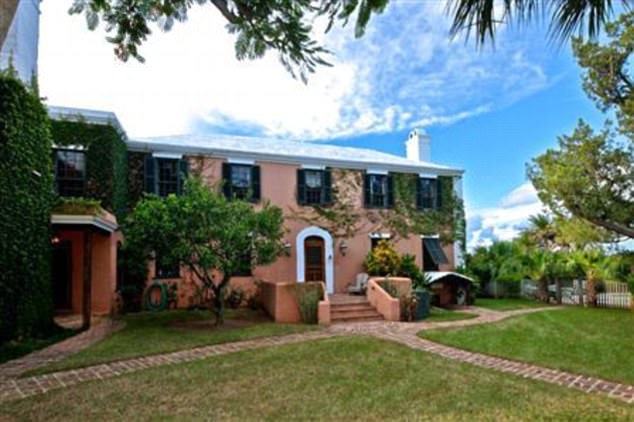 Douglas and Zeta-Jones, 48, are also struggling to sell their home in Bermuda (pictured), which has been on the market for £8 million since last September

To add insult to injury, Douglas and Zeta-Jones, 48, are also struggling to sell their home in Bermuda, which has been on the market for £8 million since last September.

The couple (left) shouldn’t be too troubled, however — they are said to have a joint fortune of £190 million. In 2003, Swansea-born Catherine remarked: ‘A million dollars isn’t a lot of money for people like us.’ 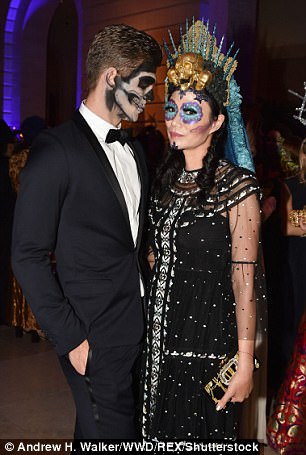 Wendi Deng, 48, and her 22-year-old boyfriend Bertold Zahoran at a Halloween party in New York

Since Wendi Deng lunged at a custard pie-throwing protester who attacked her then-husband, media magnate Rupert Murdoch, she has had a fearsome reputation.

And guests could have been forgiven a shiver of fear when she turned up at a Halloween party in New York (right).

Wendi, 48, wore a Day of the Dead headdress with gold skulls, while her boyfriend, hunky Hungarian model Bertold Zahoran, 22, had his face painted like a skeleton.

Wendi (inset with Bertold) is known to appreciate the male form. She once allegedly gushed of Tony Blair: ‘He has such a good body and…really, really good legs.’

Eccentric singer Paloma Faith has a child with French artist Leyman Lahcine, but she doesn’t seem to think his largely grotesque works will bring in much dough.

‘I’m in a relationship where I’m the breadwinner,’ she tells me. ‘It puts more pressure on my new album to be a success.’

A former coach on BBC show The Voice, Paloma, 36, has never disclosed their baby’s name or sex.

She adds: ‘I did The Voice because I knew I was going to have a child. I needed to get some money in the bank before I stopped working.’