The eldest son of former Republican vice presidential candidate Sarah Palin will go through Alaska’s therapeutic court system in a criminal case accusing him of assaulting his father last year.

State District Judge David Wallace in late May approved Track Palin’s request to formally transfer his case to Veterans Court, which gives eligible veterans the option of enrolling in mental health treatment programs instead of a traditional sentence.

The judge also barred the media from using cameras or other recording devices during that proceeding after Track’s attorney filed a motion seeking to prohibit or limit media access. Wallace said he will formally rule on the matter later. 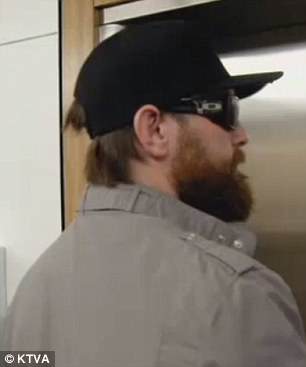 Latest sighting: On May 29, Track Palin appeared in Anchorage Veterans Court for a hearing (left and right). A judge approved his request to formally transfer his case to the therapeutic court catering to former service members 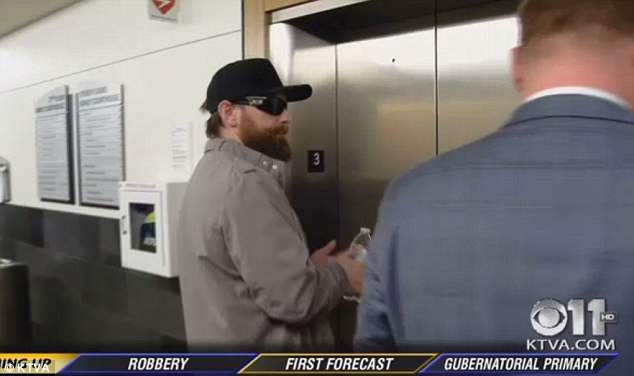 Under the radar: News cameras showed him outside the courtroom accompanied by his lawyer and wearing dark sunglasses and a black baseball cap

Track, 29, attended the short proceeding. News cameras showed him outside the courtroom accompanied by his lawyer and wearing dark sunglasses and a black baseball cap.

Veterans Court program rules say veterans opt in by agreeing to plead guilty or not guilty to at least one charge.

Bergt declined to say if his client is making such a plea to get into the program, adding he can’t comment on specifics of the case.

‘I will, however, provide that Mr. Palin will not seek, nor will he receive, any accommodations not afforded to other Veterans in the program,’ Bergt wrote in an email to the Associated Press. 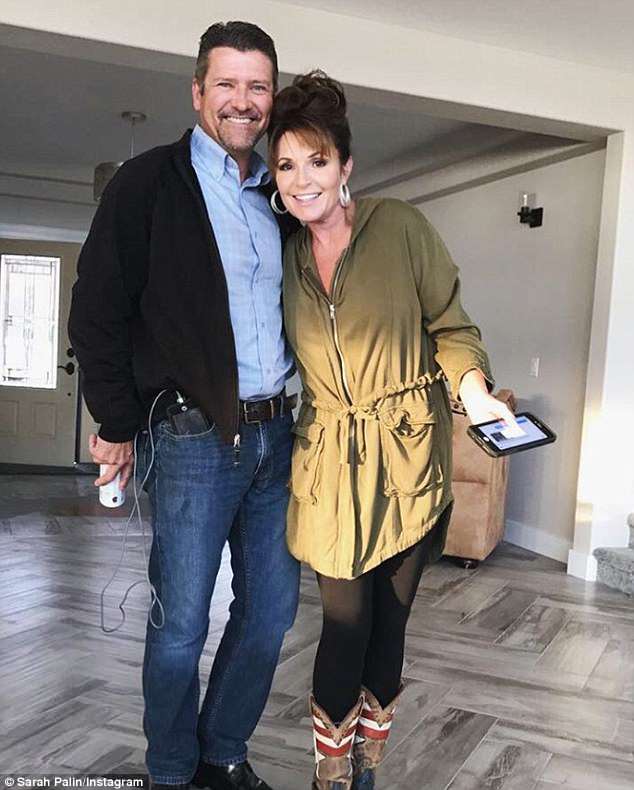 Track, an Iraq War vet, was arrested last year for allegedly beating up his father, Todd (pictured with wife Sarah in October 2017)

Wallace was appointed to the bench by Sarah Palin when she was Alaska’s governor – a post she quit before the end of her first term so she could run on Senator John McCain’s Republican ticket.

Track was arrested in December after his mother told authorities her son was on some kind of medication and ‘freaking out.’

According to a police affidavit, Track’s father Todd Palin was bleeding from head cuts. He told police the dispute began when his son called to pick up his truck from the Palins’ home in Wasilla.

The affidavit states Todd said he told Track not to come to the house but that his son said he would come anyway to beat him up. Todd told police he got his pistol ‘to protect his family.’

Track told police he broke a window, disarmed his father and put him on the ground. 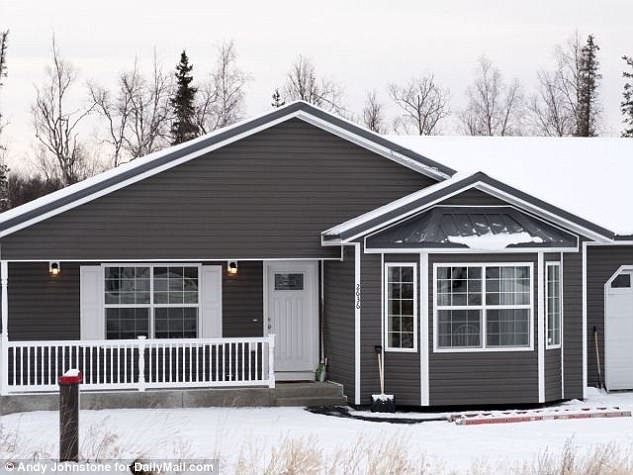 Track was under house arrest following a December incident where he was charged with burglary and assaulting his father, Todd Palin

A Wasilla police officer wrote in the affidavit that Todd and Sarah Palin had left the home when police arrived and that she was visibly upset. 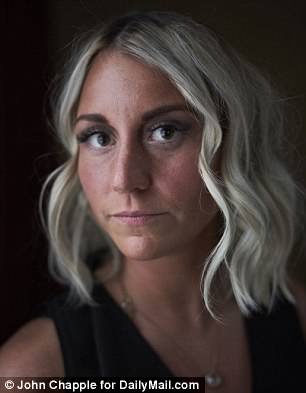 In 2016, Track Palin was suspected of punching his then-girlfriend, Jordan Loewe (pictured), who then became concerned that he was allegedly going to shoot himself with a rifle

Track called officers peasants and yelled at them, and ‘moved around in a strange manner’ before being arrested without incident, the affidavit says.

He told police he ‘consumed a few beers earlier,’ according to the document.

In January, Track pleaded not guilty to a felony burglary charge in the incident. He also faces misdemeanor charges of assault and criminal mischief.

In 2016, Track was suspected of punching his then-girlfriend, who then became concerned that he was going to shoot himself with a rifle, according to court documents.

He faced several charges but pleaded guilty to possessing a firearm while intoxicated, and the other charges were dismissed.

His then-girlfriend later filed for custody of their child and requested a protective order against Track Palin, who served in Iraq for a year in 2008.

Sarah Palin indicated that post-traumatic stress disorder might have been a factor in that case.