The ex-wife of TV weatherman Steve Jacobs has been issued a stern warning about what she must be prepared to do if she wanted to avoid going to prison for driving her white Audi Q3 three times with a disqualified licence.

Rosie Jacobs turned up for as sentencing hearing at the Downing Centre Local Court on Thursday heavily made up and wearing an electric green silk linen suit with towering  beige stiletto sandals.

The 43-year-old who recently celebrated one year of sobriety appeared before Magistrate Greg Grogan who told she ‘needs to be flexible to complete community service as an alternative to a full-time custodial sentence’.

Jacobs’ twelve months off booze, after a well-documented battle with alcohol, comes four years after her divorce from Steve Jacobs, the father of her two children. They separated in 2017.

Two of the three driving offences behind the wheel of her white SUV were within four days of one another.

In court on Thursday, Ms Jacobs’ lawyer Sheeza Naz eventually asked Mr Grogan for a week’s adjournment for sentence so that her client could complete ‘final modules’ of a traffic offender program, after telling His Honour that Jacobs could undertake community service.

‘Start of a new year, start of a few new resolutions. And again, my health has to take priority,’ she wrote on Instagram, alongside a picture of herself cuddling her dachshund George.

‘I’m proud to say I quit alcohol in 2021 and am still loving every day, even the tough ones – because life can still throw some curve balls!

‘What most of you won’t know is that mid last year I had multiple surgeries on my left breast – eventually having it removed and reconstructed.

‘It was traumatic – physically and emotionally – and there were long periods of time not knowing what the outcome would be.’

Rosie said the surgery and breakdown of her marriage had left her with ‘high anxiety’ and she had been diagnosed with PTSD. 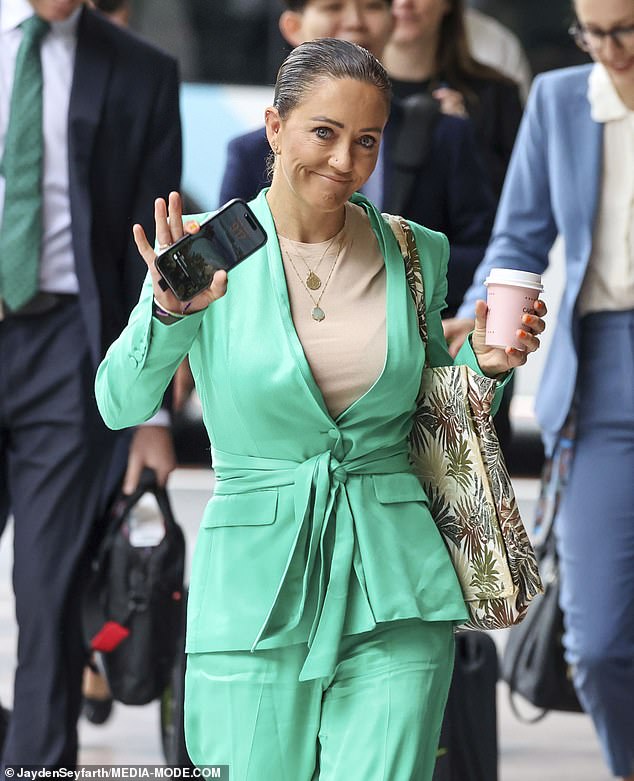 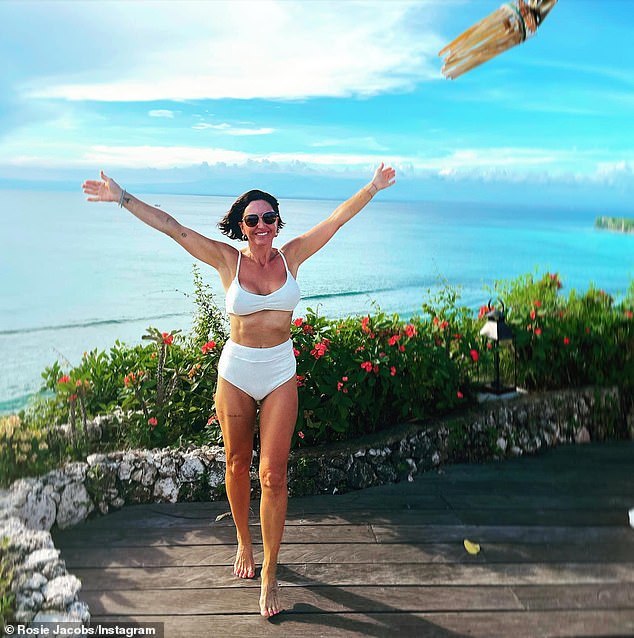 Jacobs, 43, has shown considerable weight loss since quitting booze after a well-documented battle with alcohol but has suffered a setback after driving three times in four months on a disqualified licence

She said she had ‘made some stupid decisions to drive my car to the hospital post-surgery while on a suspended licence. I regret that decision. I was in a lot of pain.’

Unable to ‘undo those moments’, Rosie wished to start over and expressed ‘gratitude for the world that I live in, for the amazing team of specialists who have my back and for the proactive work I choose to do with my own mental health and happiness.’

Court documents reveal Jacobs said ‘no comment’ when asked by officers why she was driving while disqualified on two occasions.

One the third occasion she told police she was unwell and ‘going through a lot at the moment’ when she pulled over in Sydney driving her white SUV on a suspended licence.

Rosie Jacobs was caught at inner-city Darlinghurst on August 25 when police detected she should not be on the road. 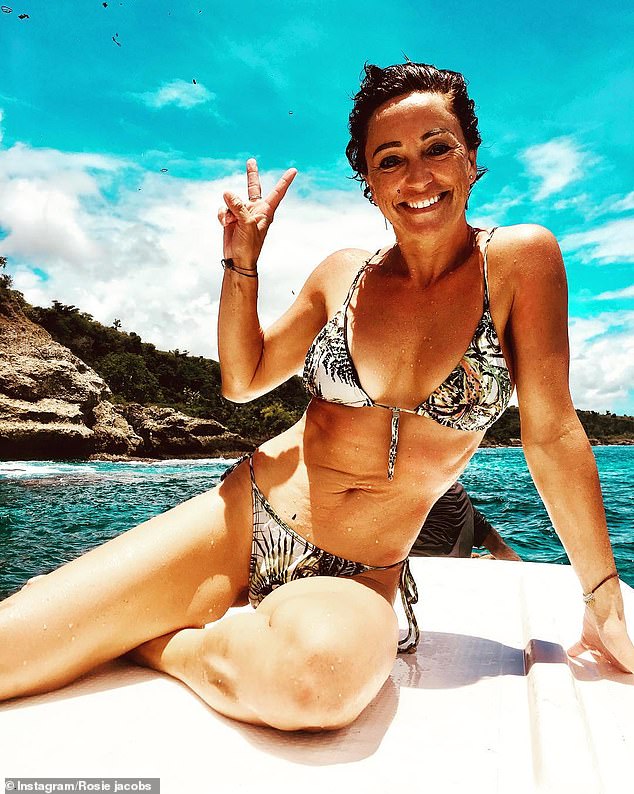 The single mother-of-two’s licence had previously been refused in August 2021 but she had been allowed to drive under ‘good behaviour conditions’, which were granted until August last year.

Her licence was then suspended from May 13, 2022 until March 12, 2023 due to an accumulation of demerit points for multiple offences.

Jacobs told the police who questioned her at Darlinghurst she did not know her driving privileges had been withdrawn.

‘[Jacobs] advised she has not moved residence recently, though has not checked her mailbox recently to know if she has received notification of suspension,’ court documents state. 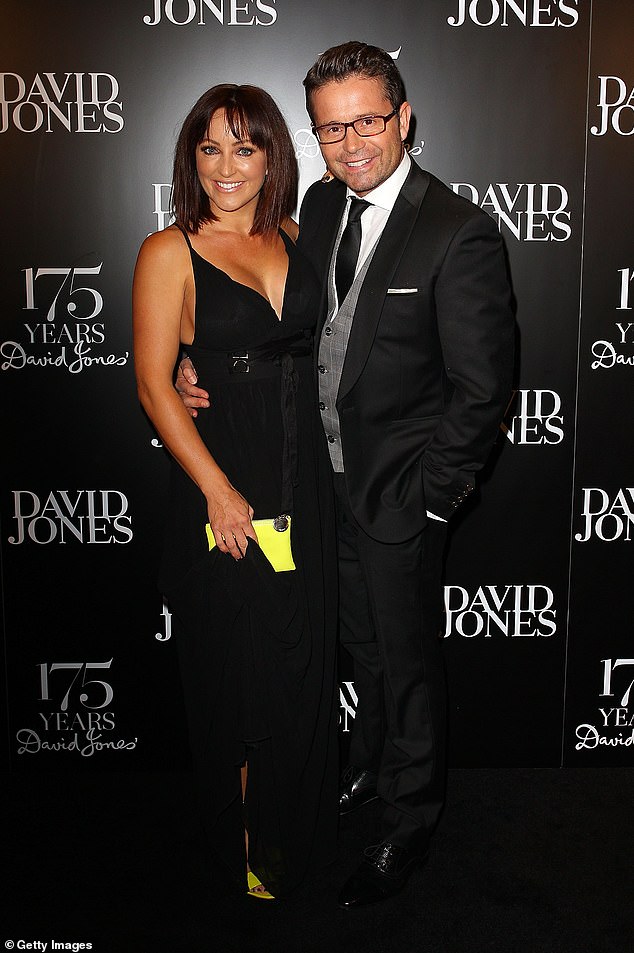 Rosie married Steve Jacobs in 2010 three years after meeting on the set of Today, where he was a star weather presenter and she was a behind-the-scenes producer. The couple (above) separated in late 2017 and divorced in 2019

On November 25, Jacobs was back driving the Audi on Campbell Parade at Bondi Beach near her home when an automatic number plate check alerted police to her licence status.

She was pulled over on Queen Elizabeth Drive by a highway patrol officer and produced a digital copy of her suspended permit.

‘Police cautioned [Jacobs] and stated that [Jacobs] had been stopped by other police on the 25th of August, to which she nodded,’ court documents state. ‘The accused only said, “I’d prefer not to comment”.’

Jacobs was then issued a second court attendance notice for driving while suspended.

‘When serving the notice on the accused she said, “I’m going through a lot at the moment” and “I’m not well”,’ court documents state. 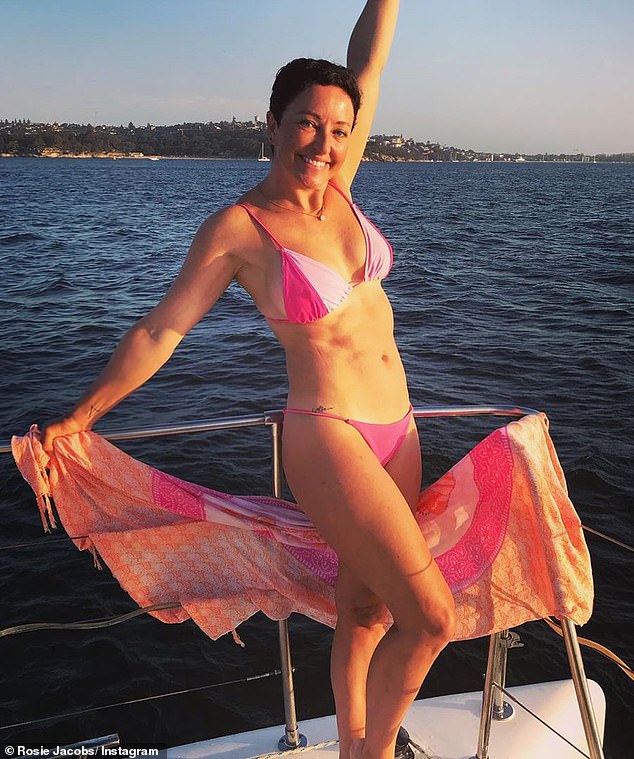 Jacobs, who returned negative alcohol tests when stopped by police, celebrated a year of sobriety in November. ‘365 days today alcohol free!!! And I have to say, this life is AMAZING!’ she wrote on Instagram

‘The accused appeared to be going through a period of illness and family trauma and became distraught at being stopped for the offence.’

Four days later, around 10pm on November 29 Jacobs was stopped on Avoca Street, Randwick and charged with a third count of driving on a suspended licence.

After police activated lights and sirens and pulled her over, asking why she was diring with a disqualified licenmce, she replied ‘no comment’.

She has pleaded guilty to all three offences andwill now be sentenced on January 20.

Jacobs, who returned negative alcohol tests when stopped by police, celebrated a year of sobriety in November.

‘365 days today alcohol free!!! And I have to say, this life is AMAZING!’ she wrote on Instagram. 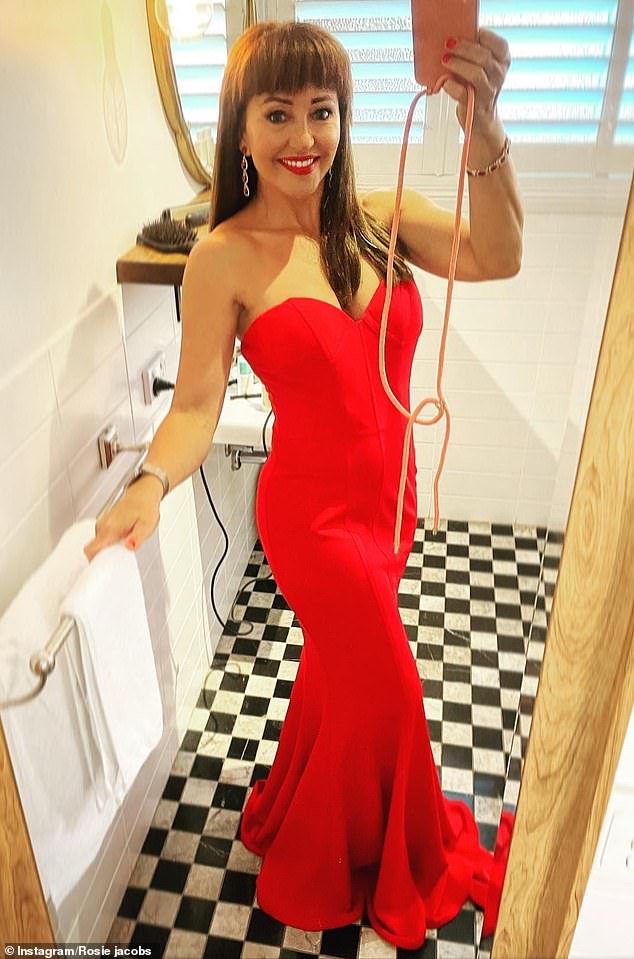 Jacobs started her career as a television producer and has hosted shows for the Nine and Ten Networks, Foxtel and The Weather Channel

‘Today I wake up filled with energy, creativity, a sense of fun, joy and excitement for the future, I am surrounded by extraordinary people who are traveling this amazing road with me, I am the proudest mama bear I could be, I am kicking career goals and living the life I have always dreamed of.

‘I feel full and content. I experience peace and I am genuinely happy in my own skin. I still have challenging days, but they don’t rattle me.

‘I am in control of my choices and my actions and I am proud of the woman I am today.

‘I am deeply grateful to all of you – my beautiful family and friends who have had my back every day in every way.’

Jacobs started her career as a television producer and has hosted shows for the Nine and Ten Networks, Foxtel and The Weather Channel.

She married Steve in 2010 three years after meeting on the set of Today, where he was a star weather presenter and she worked behind-the-scenes as a producer.

The couple separated in late 2017, months after relocating to Vanuatu in what friends described as a ‘last-ditch attempt’ to save their marriage.