A judge has sent a career criminal back to jail after borrowing a line from the opening credits of the BBC prison comedy Porridge.

John Edwards said Alan Wild from Oldham treated arrest and imprisonment as an ‘occupational hazard’ – just like the screen judge when he caged Ronnie Barker’s character.

Wild, 48, like Norman Stanley Fletcher in the 1970s sitcom is a habitual burglar and has convictions dating back 21 years.

He was arrested again after three raids on commercial premises near his home in Greater Manchester.

At Minshull Street Crown Court, Manchester, he was jailed for 27 months after he admitted two charges of burglary and one of burglary with intent to steal.

Judge Edwards is no stranger to interesting comments towards defendants and told a paedophile in 2021 to spend a bit more time ‘fishing’.

A judge has sent a career criminal back to jail after borrowing a line from the same sentencing quote used in the BBC prison comedy Porridge, pictured the series with Ronnie Barker with Fulton MacKay and Richard Beckinsale 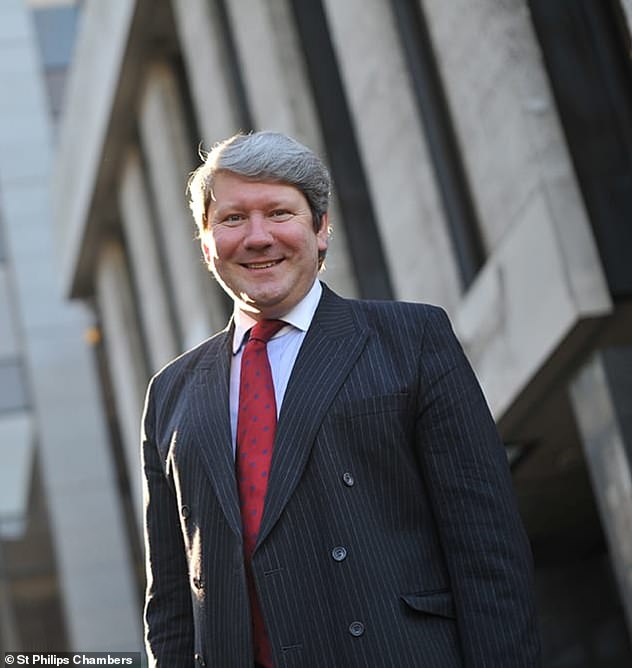 During the hearing for Wild, the burglar pleaded for a suspended sentence saying he too had recently fallen victim to burglary and had developed ‘new insight’ into his behaviour.

Judge Edwards told Wild: ‘You have been in and out of courts now for offences of dishonesty for 21 years and the sad fact is in my view the court is an occupational hazard for you.

‘If you carry on in this way, you’re simply going to become institutionalised.’

He added: ‘I understand you yourself were the victim of a burglary so you must know what it is like.

‘Burglaries at commercial premises may not necessarily cause trauma or distress but rest assured the inconvenience and loss to small business such as these are profound.

‘As important as your personal circumstances are, I’m afraid punishment and protection of the public is at the heart of this sentencing process.’

In the sitcom Fletcher was ordered to serve five years behind bars at the fictional Slade prison for breaking and entering and stealing a lorry.

In the introductory voice-over provided by Barker himself at the beginning of every episode, the fictional judge said: ‘Norman Stanley Fletcher, you have pleaded guilty to the charges brought by this court, and it is now my duty to pass sentence.

‘You are a habitual criminal, who accepts arrest as an occupational hazard, and presumably accepts imprisonment in the same casual manner.

‘We therefore feel constrained to commit you to the maximum term allowed for these offences – you will go to prison for five years.’

Judge Edwards also told a man, according to Bolton News, that had downloaded pictures of children as young as three: ‘I appreciate that your isolated lifestyle only lends itself to this sort of activity but I do suggest that you spend a bit more time fishing, which I gather is your hobby, and a bit less time on games consoles and chat rooms.’

In the burglary case, Hayley Bennett, prosecuting, told the court Wild committed the latest offences between June and September 2021.

In one raid Wild who used a Saab car fitted with a trailer as a getaway vehicle stole a TV set worth £600 from a firm on a trading estate and in another break-in at a communications firm, grabbed computer and electrical equipment worth £2,200.

A third victim who suffers from cancer discovered his work premises was being burgled when he was alerted by his alarm company.

Wild had fled by the time police arrived but he was recognised on CCTV cameras. A total of £600 worth of damage was caused to a door.

One business owner who has since relocated offices in the hope of getting better security said: ‘Work was particularly challenging to find during the pandemic and the additional cost and downtime caused by this burglary had a serious impact on the service we pride ourselves in offering to our customers.’

The third victim said: ‘This business is my life and I have set it up to help me stay busy after being diagnosed with cancer. I do not have any children so I treat this business like my baby. Everyone involved in the business and who helps me is like my family.

‘The only reason I get out of bed in the morning is for my business and to put the work in to help it grow. To think someone broke into a place I considered to be so precious hurts me more than anyone can imagine.’

The court heard Wild had an ‘unenviable record’ of house burglary and break-ins at commercial premises and in 2008 was convicted of 15 raids.

He was jailed for 18 weeks in November last year for another burglary and was on licence when he was charged over the latest burglaries.

In mitigation, defence counsel Megan Tollitt said Wild was vowing to go straight following a ‘wake-up call ‘ triggered by a serious infection he contracted which threatened to leave him paralysed.

She added: ‘He has expressed remorse and deeply regrets his behaviour and has had some new level of insight into these burglaries. He is motivated to change.’