A federal judge has ordered Dr. Anthony Fauci and a slew of other high-ranking Biden officials to be deposed over the government’s alleged collusion with social media companies to ‘censor free speech.’

Both accused the Biden administration of having ‘worked hand-in-hand’ with social media giants to ‘censor’ news stories that reflect negatively on the White House and called it an ‘egregious attack on our First Amendment,’ a report said.

The suit alleges that the Biden administration actively worked with social media companies and encouraged them to censor ‘disfavored’ viewpoints and speakers in violation of the First Amendment rights of those individuals.

In his decision, U.S. District Judge Terry Doughty asserted that Fauci’s prior public comments in relation to national pandemic policy made him a relevant figure in the case and ordered his deposition.

‘The American people deserve answers on how the federal government has colluded with social media companies to censor free speech,’ Schmitt said.

‘Throughout this case, we have uncovered a disturbing amount of collusion between Big Tech and Big Government,’ Landry said in a statement on Monday.

The 164-page lawsuit was filed late last week, but an updated Monday filing indicates that the Republican officials are widening their legal efforts to target 47 more government departments, agencies and officials in addition to the 20 defendants originally listed.

President Joe Biden, current Press Secretary Karine Jean-Pierre and Nina Jankowicz, who was meant to head Biden’s now-defunct Disinformation Governance Board, are among the dozens of defendants listed in the suit. 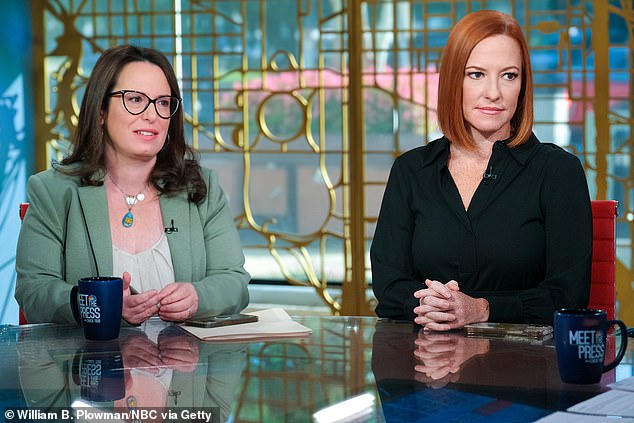 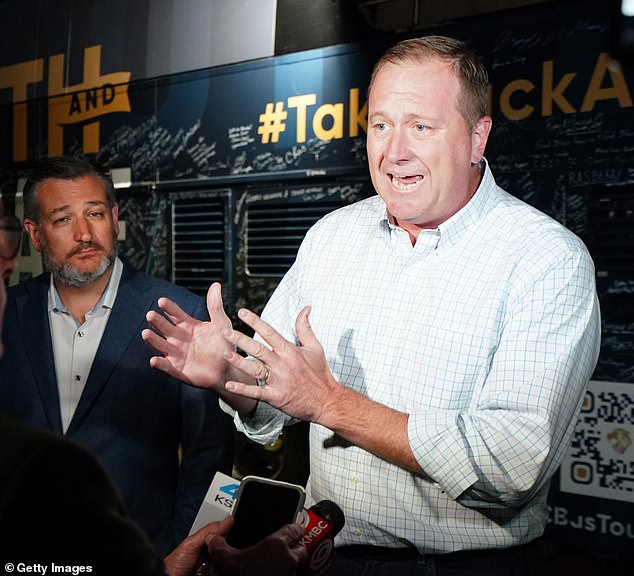 Missouri Attorney General Eric Schmitt (right) speaks to the media during a rally outside the offices of Mark Alford, Republican Candidate for Missouri’s 4th Congressional District on October 14, in Raymore, Missouri. He is pictured with Ted Cruz (left)

‘Lastly, Plaintiffs argue that Dr. Fauci’s credibility has been in question on matters related to supposed COVID-19 ‘misinformation’ since 2020. Specifically, Plaintiffs state that Dr. Fauci has made public statements on the efficacy of masks, the percentage of the population needed for herd immunity, NIAID’s funding of ‘gain-of-function’ virus research in Wuhan, the lab-leak theory, and more,’ he wrote.

‘Plaintiffs urge that his comments on these important issues are relevant to the matter at hand and are further reasons why Dr. Fauci should be deposed. Plaintiffs assert that they should not be required to simply accept Dr. Fauci’s ‘self-serving blanket denials’ that were issued from someone other than himself at face value. The Court agrees,’ he continued.

Doughty – who was appointed by Donald Trump – cast aside the Justice Department’s attempt to use executive privilege, claiming that it would only apply to internal administration emails. Emails with outside executives were fair game, he ruled.

Their correspondences are also ‘obviously very relevant’ to the case, the judge wrote in his 10-page opinion.

‘Jean-Pierre’s communications as White House Press Secretary could be relevant to all of Plaintiffs’ examples.’

Examples of social media ‘censorship’ in Louisiana and Missouri’s lawsuit