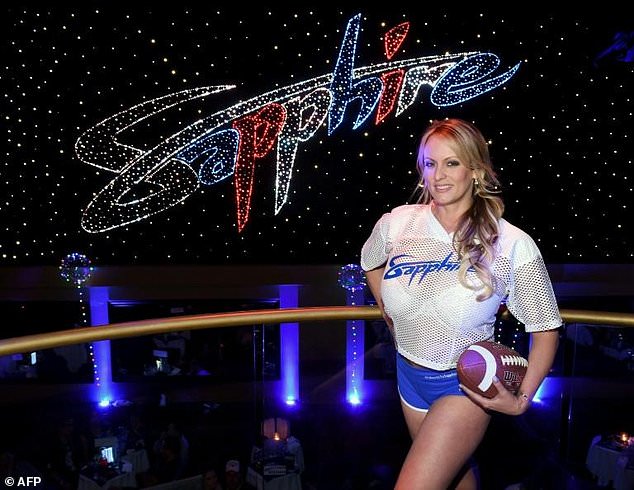 A federal judge in Los Angeles rejected a motion by adult film actress Stormy Daniels Thursday to depose President Donald Trump over an alleged affair with the performer.

Her attorney Michael Avenatti said he plans to re-file the request once attorneys for Trump and his personal lawyer, Michael Cohen, file their formal response to Daniels’ lawsuit trying to nullify a non-disclosure agreement (NDA) she signed last year.

Avenatti, whose motion requested two-hour depositions of Trump and Cohen, argued that both are expected to file papers forcing the case into private arbitration “to hide the facts from public view.”

“We expect this any day,” Avenatti tweeted in response to the ruling by US District Judge S. James Otero.

Otero noted that although Trump and Cohen had stated their intention to compel arbitration, they had not yet filed a petition.

“If such a petition were filed, a number of the questions raised in (Daniels’) motion may be answered in the petition, thus limiting the need for discovery on these issues,” the judge said.

Daniels — real name Stephanie Clifford — gave a blockbuster interview to CBS’s “60 Minutes” on Sunday, describing a brief affair she alleges she had with Trump more than a decade ago.

White House press officials have repeatedly said Trump denies having unprotected sex with Daniels in 2006 although the president himself has remained uncharacteristically silent, holding no public appearances for a fifth straight day Wednesday.

Daniels, who received $130,000 from Cohen for the NDA shortly before the 2016 presidential election, sued on March 6, alleging Trump never signed the “hush agreement,” rendering it null and void.

She amended the lawsuit Monday, adding a defamation allegation against Cohen, who has accused Daniels of lying about the alleged affair and her accusation that someone physically threatened her after she went public.

Cohen has filed papers alleging he could seek as much as $20 million from the actress for breaching the NDA.

Avenatti argued in the court papers that questioning Trump is critical for resolving the issue of whether he was aware of the NDA Daniels signed.