Judge REJECTS Trump claim he can’t be sued because he’s president, after ‘charity funds on campaign’

A New York state judge rejected President Donald Trump’s request to dismiss a lawsuit after he’d earlier claimed that under the US Constitution he can’t be sued because he was the leader of the United States.

Justice Saliann Scarpulla of the state supreme court in Manhattan on Friday rebuked a motion from his lawyer Alan Futerfas that accused the state’s Attorney General Barbara Underwood, a Democrat, of ‘pervasive bias’ for suing.

After a 21-month probe, Underwood came to the conclusion POTUS had been misusing funding of the Donald J. Trump Foundation to help his 2016 presidential campaign and his various businesses.

Claims against Trump and his adult children Donald Jr, Eric and Ivanka from the original filing on June 14 include breach of fiduciary duty, improper self-dealing, and misuse of assets belonging to the Foundation.

By suing, the attorney aims to recover $2.8million that Trump is said to have raised for military veterans at an event in Iowa in 2016 but gave his campaign control over.

It’s also believed $100,000 from the charity may have been used to settle a dispute involving Trump’s Mar-a-Lago resort in Florida, and $10,000 for a portrait of Trump that was later hung at one of his golf clubs.

Trump faces many investigations, and many lawsuits by Democratic-led or Democratic-leaning states including New York. It’s also believed $100,000 from the charity may have been used to settle a dispute involving Trump’s Mar-a-Lago resort in Florida (pictured) Dispute involves a $10,000 for a portrait of Trump that was later hung at one of his golf clubs

Apprentice contestant Summer Zervos is one of at least a dozen women who accused Trump of sexual misconduct. Trump denied he forced himself on her in 2007.

‘In accordance with Clinton V. Jones and Zervos V. Trump, I find that I have jurisdiction over Mr. Trump and deny Respondents’ motion to dismiss the petition against him on jurisdictional grounds,’ she wrote.

The judge denied Trump’s request for discovery of evidence from the other party in the case.

The White House was not immediately available for comment, Reuters reported.

However Alan Futerfas, a lawyer for the defendants, said the decision meant only that the case would go forward. 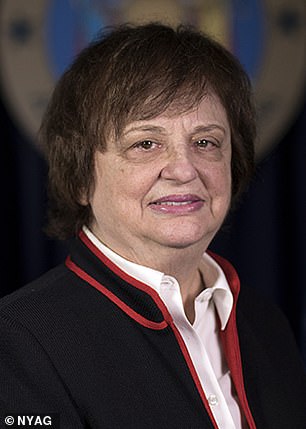 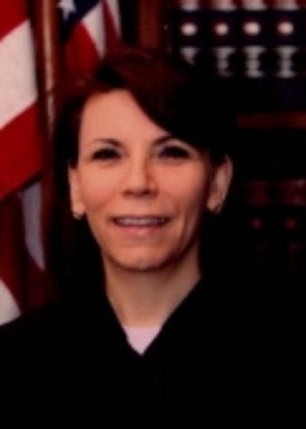 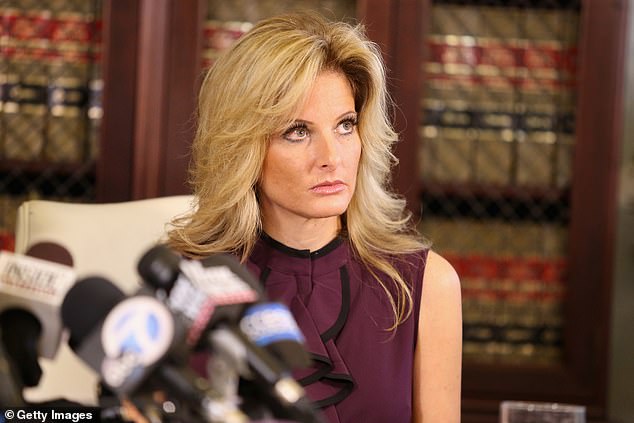 ‘As we have maintained throughout, all of the money raised by the Foundation went to charitable causes to assist those most in need. As a result, we remain confident in the ultimate outcome of these proceedings,’ Futerfas said in an email.

In her 27-page decision, Scarpulla called New York’s lawsuit ‘replete’ with allegations that foundation funds were misused, including at Trump’s direction.

She also said the state sufficiently alleged that Trump’s actions were willful and intentional, citing allegations that he and his campaign arranged for the foundation to cut checks, helping generate ‘vote-getting publicity that Mr Trump would have otherwise paid for himself.’

The defendants have been trying to dissolve the foundation, and for this reason Scarpulla refused to issue an injunction barring the Trumps from running it.

‘The Trump Foundation functioned as little more than a checkbook to serve Mr Trump’s business and political interests,’ Underwood said in a statement. ‘There are rules that govern private foundations – and we intend to enforce them.’ 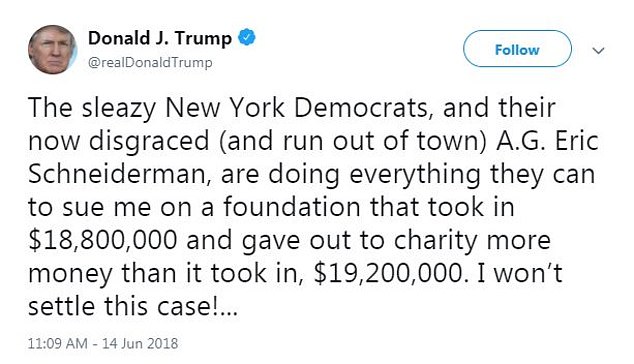 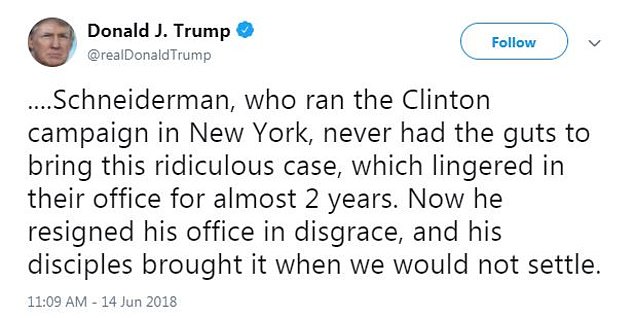 He had used Twitter to call Underwood’s lawsuit a concoction by ‘sleazy New York Democrats,’ and pledged not to settle.

Trump tweeted in June: ‘The sleazy New York Democrats, and their now disgraced (and run out of town) A.G. Eric Schneiderman, are doing everything they can to sue me on a foundation that took in $18,800,000 and gave out to charity more money than it took in, $19,200,000. I won’t settle this case!..

‘…Schneiderman, who ran the Clinton campaign in New York, never had the guts to bring this ridiculous case, which lingered in their office for almost 2 years. Now he resigned his office in disgrace, and his disciples brought it when we would not settle.’